WARMINSTER, PA -- Brandon Crowther, a forward for the Philadelphia Revolution, has committed to Post University for the fall of 2020.

The '99 native of Salem, NH recently finished his third and final season in the Eastern Hockey League (EHL), and first full year with the Revolution. In total, Crowther played in 111 games in the EHL, and tallied 27 goals and 42 assists during that time.

"Crowther will excel at the next level because he loves to compete, and he performs at his best when he’s pushed,” said Revolution head coach Jon Rogger. "Every practice, shift, game, and workout, he brings 110 percent. Crowther doesn't have an 'off switch.' He wants to win every time he hits the ice and doesn't accept losing.”

Crowther is the 5th commit of the season for the Revolution, and the 14th player in league history to choose Post. He is very happy with the time he spent in the EHL, and glad he finished his junior career with the Revolution.

"Playing another year of junior hockey definitely helped me physically mature, think the game differently, and build my confidence up,” said Crowther. “They [staff and players] welcomed me and I really grew a love for the game. It was a no brainer to go back. They definitely helped me grow and mature as a person and I really feel like I’m ready to jump to the next level because of that. I can’t thank them enough. I’m ready to go back to school and build those types of relationships. Looking forward to meeting new people and playing hockey.”

Rogger went on to talk about his expectations for Crowther at the next level.

“One of Brandon's biggest strengths is that he's a two-way player,” said Rogger. “He can put the puck in the net as well as be a set-up guy in the offensive zone. In the D-zone, he's not afraid to block shots or chip pucks out and make the simple play. Crowther is a reliable player that you can put in every situation at any part of the game." 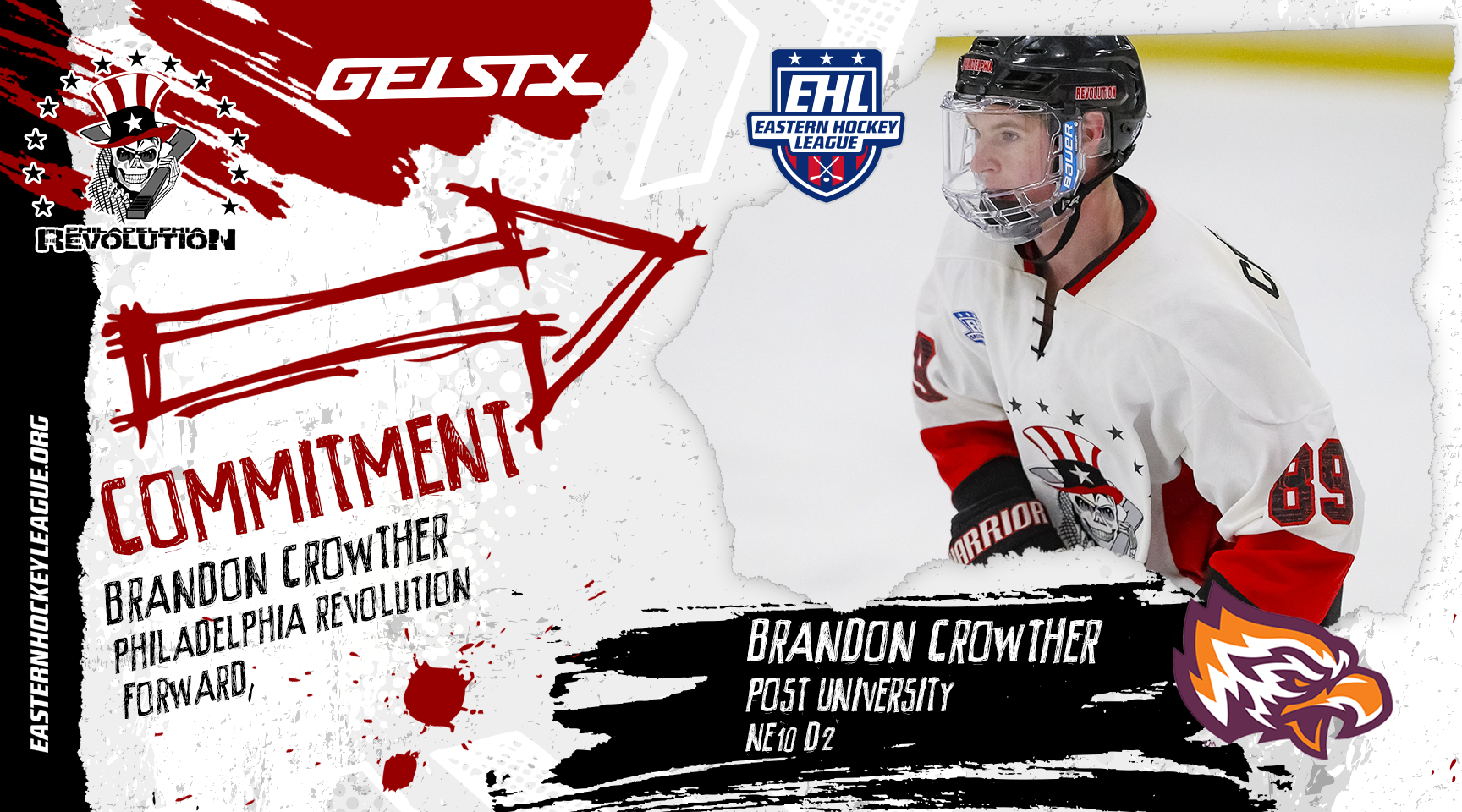