EXETER, NH -- Shea Flanagan, a forward for the Seacoast Spartans, has committed to the University of Southern Maine (USM) for the fall of 2020.

The '99 native of Weymouth, MA came with his head coach to the Eastern Hockey League (EHL) for his final year of junior hockey. In that final season, Flanagan tallied 29 points in 46 total games for the Spartans.

"Shea was a great leader for our program," said Spartans head coach Brett Tryder. "He is an old school kid with old school toughness. Shea is the last of the Flanagan brothers for me, I had his brothers Riley and Joe and it is my third year with Shea. Like his brothers, Shea is a great team guy with a high hockey IQ, I have no doubt that he will have a great career at Southern Maine.”

As mentioned above, and Tryder alluded to, there was no doubt that Flanagan would join his coach for Spartans' inaugural season. While it ended sooner than the captain and his teammates had hoped, it was still a tremendous season in terms of setting the program's foundation for the future.

"First, I would like to thank the Seacoast Spartans and Kurt Mallett for giving me an opportunity to play out my last year of junior hockey," said Flanagan. "The facilities and overall management has made this organization second to none. I would also like to thank Coach Tryder for the past three seasons. His dedication to growing an overall person on and off the ice is unmatched. The countless hours we have spent together going over game film/strategy or just having life conversations have been the best three years of my life. Coach Tryder instilled a compete level in my game and never give up attitude. He has helped grow my game to a level I didn’t know I had, but more importantly helped me become the person I am today. I wish nothing but the best for the Seacoast Spartans and Coach Tryder going forward. I will always consider myself a part of the Seacoast Spartans family.”

Flanagan was one of two captains for the Spartans this past season, as together, him and Nick Nault tried to shed as much veteran knowledge and experience on their younger teammates. Still together, Flanagan and Nault will remain teammates with the Huskies this fall. Tryder went on to talk about how Flanagan will be a great addition for USM.

“Shea is ready for the college level, he has the ability to play in all situations and his leadership and overall knowledge of the game will be an asset to Coach Harding at the University of Southern Maine," added Tryder. "Ed is a great coach and he will enjoy having a Flanagan in his locker room.” 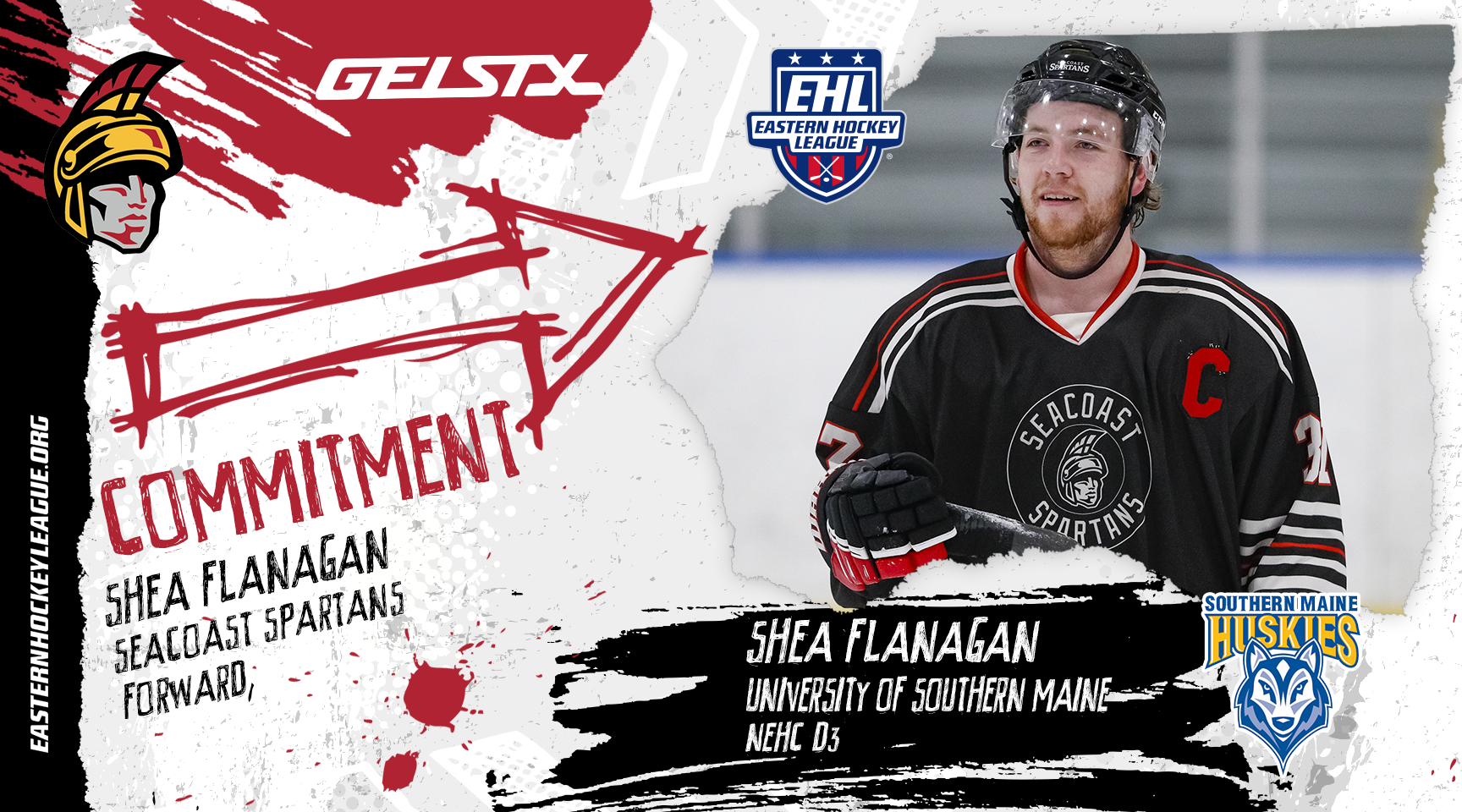