NORWALK, CT -- Christopher Morrison, a forward for the Connecticut RoughRiders, has committed to the University of Southern Maine (USM) for the fall of 2020.

The '99 native of Ridgefield, CT recently finished his first and only season with the RoughRiders, a junior campaign that began with the New York Apple Core at the start of the year. Morrison played in over 30 games in the Eastern Hockey League (EHL) this past year, and he capped it all off with the game-winning goal in game #1 of Connecticut's First Round playoff series against the Philadelphia Jr. Flyers.

"Chris creates excitement when he's on the ice," said RoughRiders head coach and general manager Eric Lind. "He's hockey-strong, makes contact and knock opponents off the puck, can protect it, and win battles. He brings a game-breaker element with him, each and every shift."

Morrison is the 138th player in league history to commit to a school in the New England Hockey Conference (NEHC), which is regarded as one of the top NCAA Division III conferences in the country.

Overall, Morrison is also the 5th EHL player from the 2019-20 season to choose the Huskies for this upcoming fall. Morrison will be joined by Austin Marini from the Vermont Lumberjacks, Riley Dohner from the Philadelphia Jr. Flyers, and Shea Flanagan and Nick Nault from the Seacoast Spartans.

In total, 26 different EHL players have committed to USM's hockey program since the league was formed in 2013. Included in that total is at least one player per season for each of the seven years. 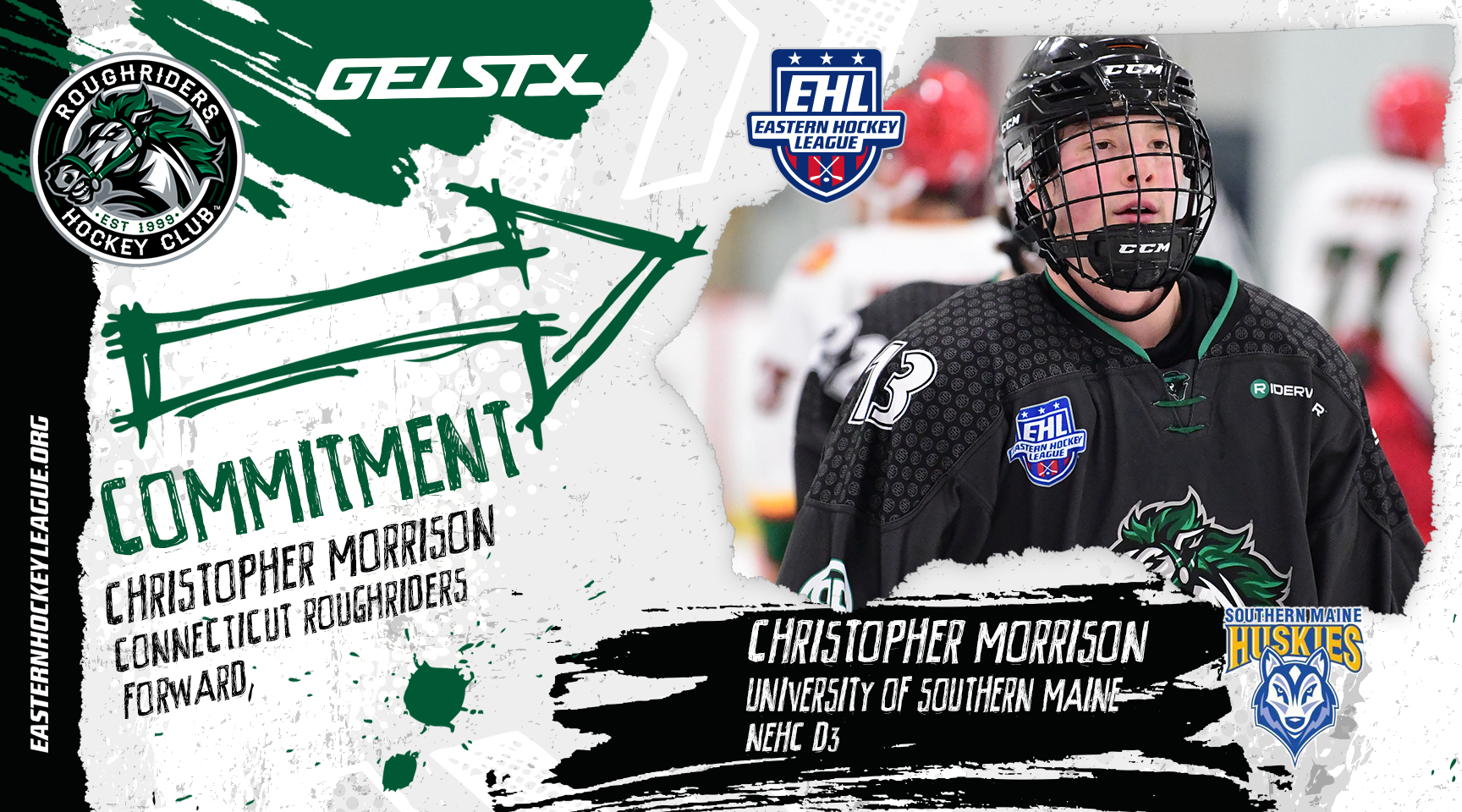