Rangers Defenseman Set to Join Pair of Teammates this Fall

TEWKSBURY, MA -- Dimitris Christou, a defenseman for the Boston Jr. Rangers, has committed to Franklin Pierce University (FPU) for the fall of 2020.

"We are happy for Dimitris," said Rangers head coach and general manager Rich DeCaprio. "He's a great kid who carries a positive attitude with him, every day he walks into the rink. He trusted our system and it paid off for him. I'm looking forward to seeing what he does at the next level."

Christou is part of an incoming freshmen class that includes six players from the EHL. Included in that group from the Rangers are Christou, Steve Wesley, and Nick Weaver. It's worth noting that all three Rangers players spent time climbing the ladder from the EHLP, to the EHL, and onto NCAA hockey.

"Coming into my last year of juniors I knew playing for the Boston Junior Rangers was pivotal to becoming ready for the college hockey," said Christou. "With providing everything needed to get to the next level, I want to thank the league as well as Coach DeCaprio and Coach Aucoin for the great exposure they give the players who choose to play in this league. I’m very excited to be attending Franklin Pierce, and feel the league has the right focus on its players with what college is the right fit for them."

As Christou alluded to, the EHL takes a lot of credit for the players that they place at the next level. With over 1100 commits since 2013, the EHL has seen its players combine to move onto 128 different NCAA hockey programs. 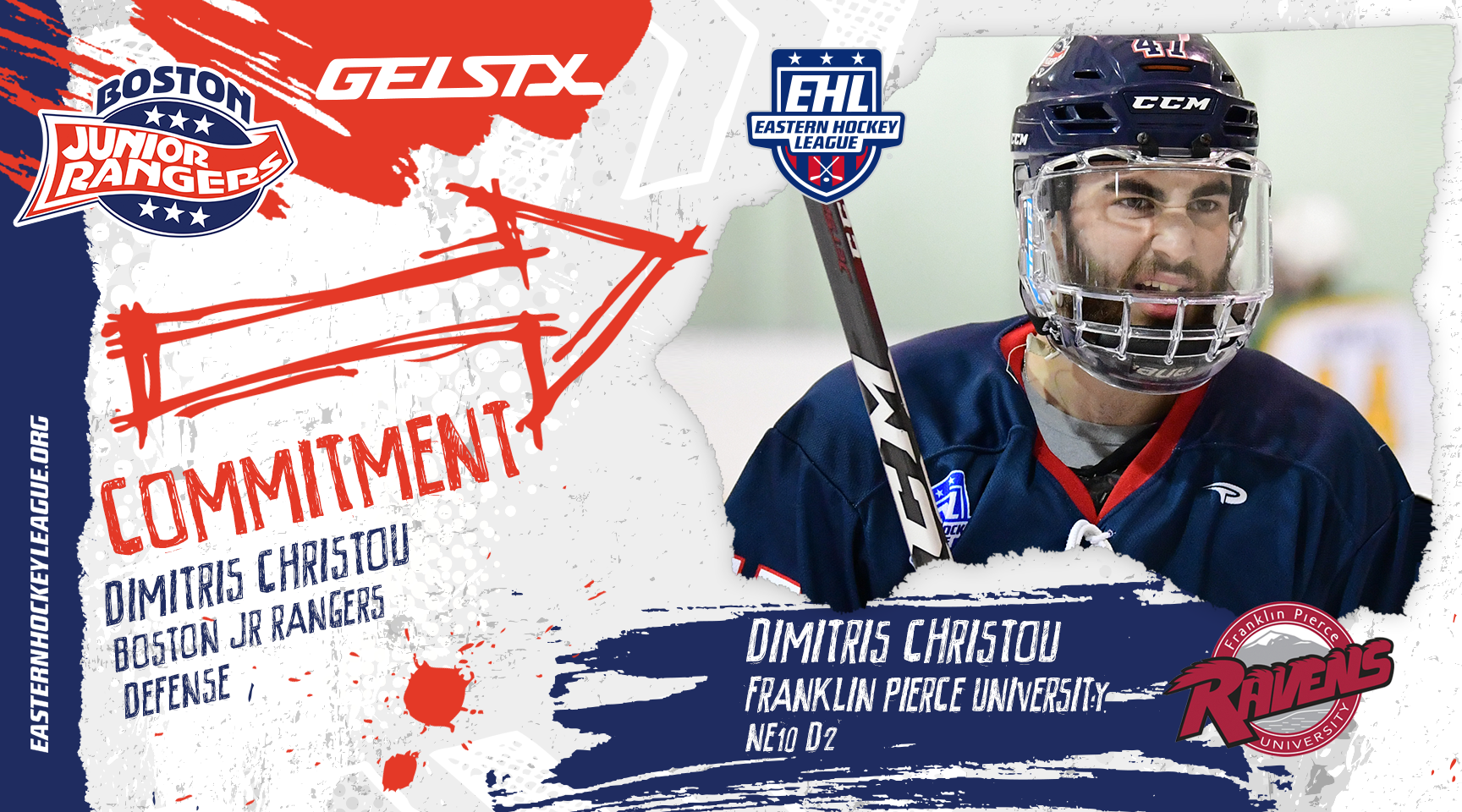