ASTON, PA -- Thomas McLarnon, a goaltender for the Philadelphia Little Flyers, has committed to Assumption College for the fall of 2020.

The '99 native of Doylestown, PA recently finished his 2nd and final season with the Little Flyers. Overall, McLarnon amassed a record of 28-9-1 during his Eastern Hockey League (EHL) career, to go along with a 2.59 GAA, a .904 save percentage, and five shutouts.

"We are all very proud of Tommy and what he has accomplished in a Little Flyers jersey over the past two seasons," said Little Flyers head coach and general manager Mark Catron. "He has been someone we can lean on throughout his two years here, and has carried a tremendous work ethic both on and off the ice for us. When our backs were up against elimination in game #2 of our playoff series against Team Maryland, Tommy turned in one of his best performances of the season, to guarantee us a game #3 and a chance to advance. I think Assumption College is a good fit for Tommy and I look forward to seeing him in between the pipes at the NCAA level."

As Catron mentioned, McLarnon played the role of anchor for his team, throughout his time in a Little Flyers uniform. That role could not have been any clearer then when the veteran goaltender helped lead his squad to back-to-back victories in the First Round of the playoffs. After falling behind 1-0 in the series, McLarnon stopped 70 of the 74 shots he faced in games #2 and #3 combined, as Philadelphia came back to take the series from Team Maryland.

Unfortunately, McLarnon and his teammates never got their chance to begin the Second Round series against the Philadelphia Revolution, with a trip to Providence on the line. Despite that disappointment, McLarnon is still very proud of all that he and his teammates accomplished over the past two years, and is beyond excited for the next step in his career. 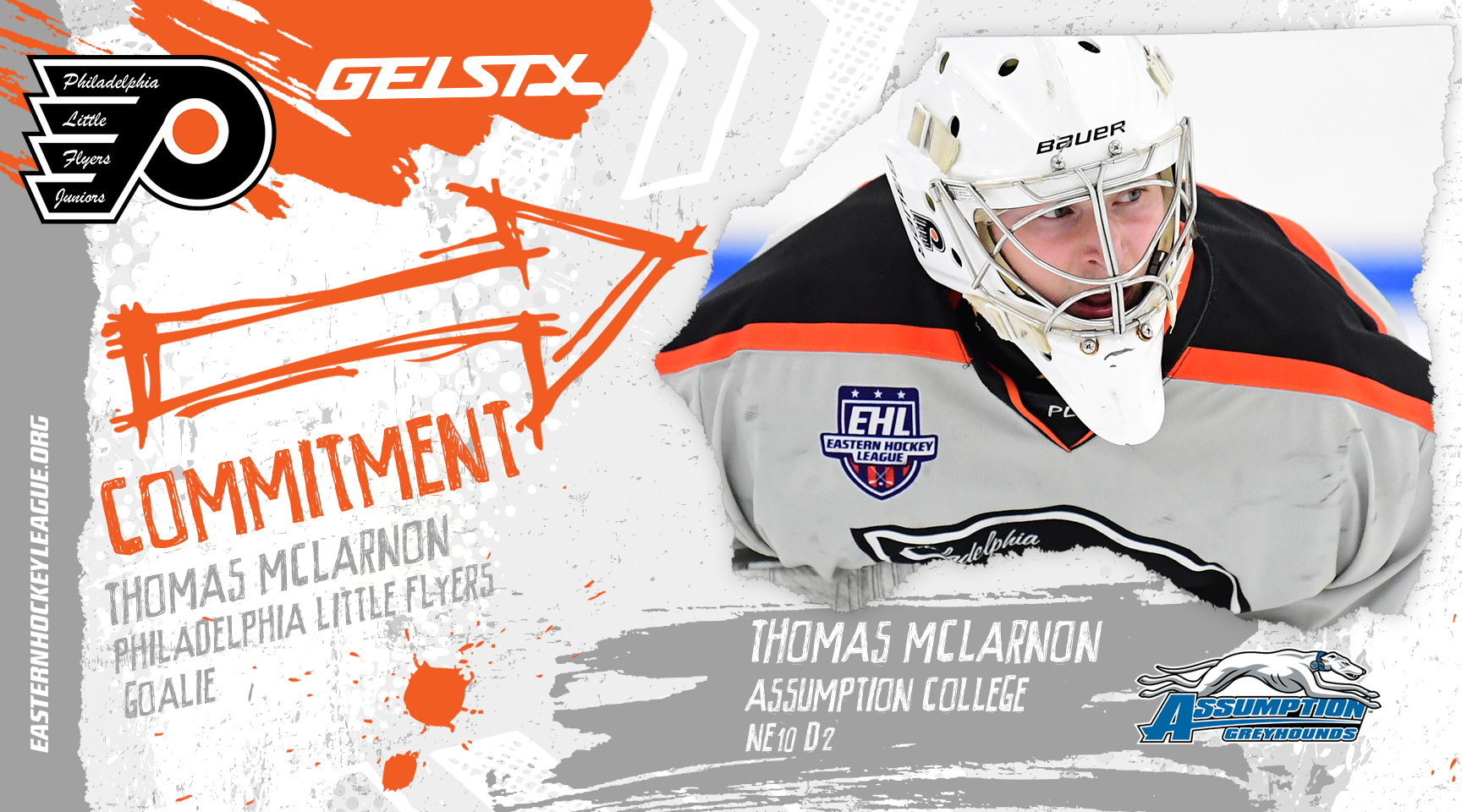