WEST CHESTER, PA -- John McCuen, a forward for the Philadelphia Jr. Flyers, has committed to Bryn Athyn College for the fall of 2020.

The '99 native of Broomall, PA recently finished his 2nd and final full season with the Jr. Flyers in the Eastern Hockey League (EHL). When you include the seasons that McCuen spent developing at the midget levels, then his time with the Jr. Flyers goes all the way back to the 2015-16 season.

"It's great to see John get his commitment since he is a local player with a long history of playing with the Jr. Flyers," said Jr. Flyers head coach and general manager Jerry Domish. "He actually had more success at the junior level, than at youth. He put up 25 points his first year and 35 last season. He is a very good player who plays all 200 feet of the ice well, and will be very successful in college. Most importantly, he is a great kid who does his job daily, and always puts the team first. I wish him the best in his future."

Combined between the regular season and the postseason, McCuen played in 95 career games in the EHL. Over the course of that time he scored 27 total goals and dished out 35 assists. As Domish mentioned, McCuen made a huge jump from year #1 to year #2, tallying 10 more points in his final season of junior hockey.

McCuen is one of two players joining Bryn Athyn this fall, as the other future Lion is the former captain of the Jr. Flyers,  Shane Ward. 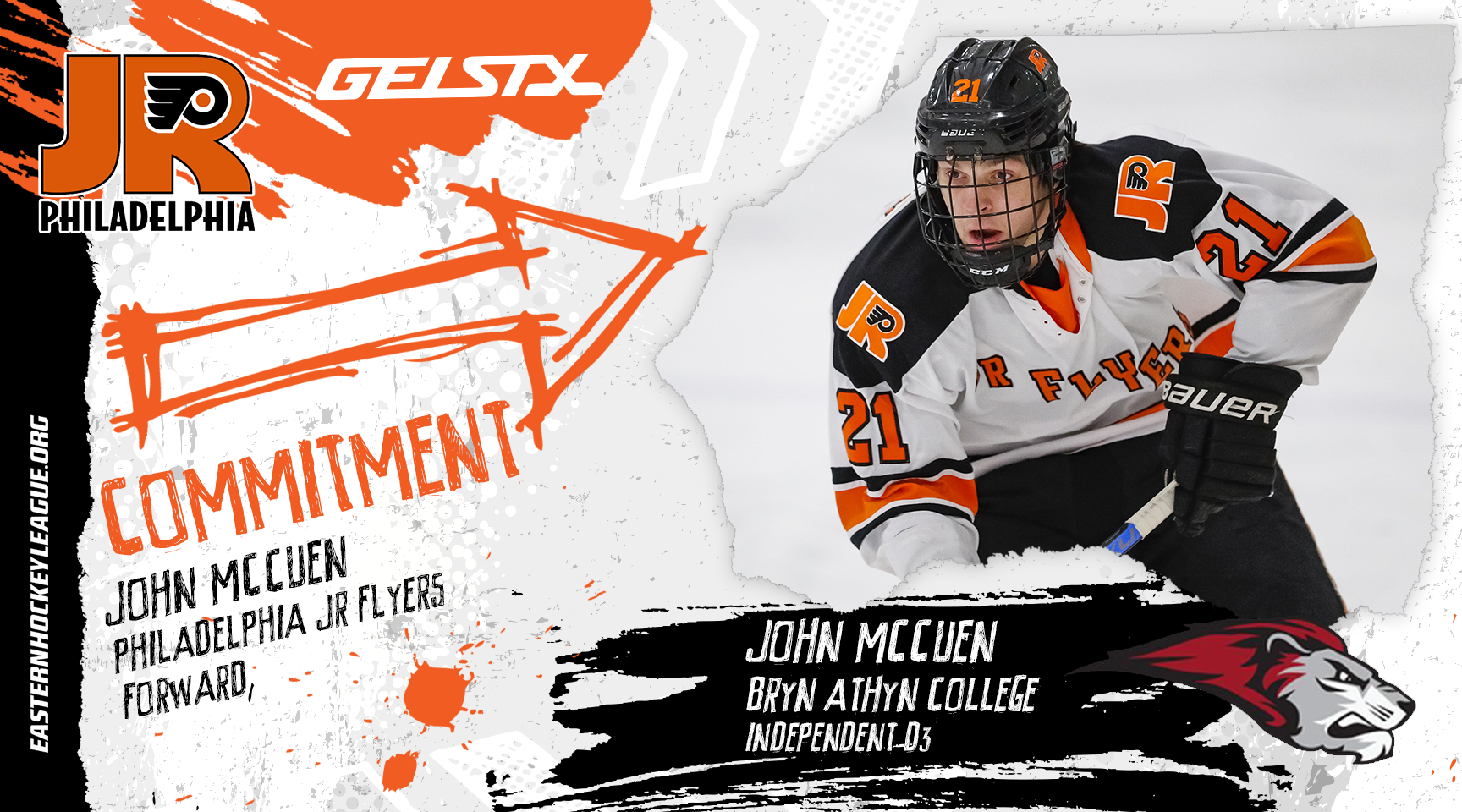