EXETER, NH -- Drew Eid, a forward for the Seacoast Spartans, has committed to Worcester State University for the fall of 2020.

The '99 native of Gorham, ME recently finished his 2nd and final season in the Eastern Hockey League (EHL). After spending the 2018-19 campaign with the New York Apple Core, Eid returned to the Spartans this past fall (2019), an organization he had previously spent time with at the midget levels during the 2016-17 and 2017-18 seasons.

"If you do not have a guy like Drew on your roster, you should not sleep until you find one," said Spartans head coach Brett Tryder. "It can’t be overstated what Drew meant to our team this year. He is that rare player that gives you everything that he can for every second that he is in the rink. We used Drew in all situations this year and he was a big part of our inaugural season. It was great to have Drew back in Exeter and I couldn’t be happier for the entire Eid family. I am looking forward to seeing him compete at the college level, next season.”

In his 2nd year in the EHL, Eid more than doubled his point production, going from 12 points in 34 games with the Apple Core, to 25 points in 49 total games with the Spartans. As Tryder mentioned, Eid's veteran presence made a huge impact on a Spartans team going through their inaugural season in the EHL. Eid is very glad he chose to return to the Spartans for his final season of junior hockey.

"I would like to personally thank the Seacoast Spartans for giving me the opportunity to play hockey at a high level since I was ten years old. I got to finish where I started, everything came full circle, which was amazing to see. I can’t thank Coach Tryder and Coach Mallet enough for making my last year of junior not only successful but extremely enjoyable. Coach Tryder didn’t put a team together, he built a family. I am beyond excited to play for both Coach Toporowski and Coach Coughlin. They both expect everyone to play a hard sixty minutes, stop and starts, and play to the systems. I definitely feel like I will be able to help the team win games with my two-way style of play. Learning from a pro-achieved coach is always a big bonus to me, and I can’t wait to get started!”

Eid is the 7th commit of the season for the Spartans, and the 4th player from the EHL to choose the Lancers' program for this upcoming fall. Overall, Worcester State has brought in at least two EHL players per year for the past six seasons, and 34 total players to date.

“Drew and the Eid family will be sorely missed in Exeter, and we wish them the best of luck at Worcester State," concluded Tryder. 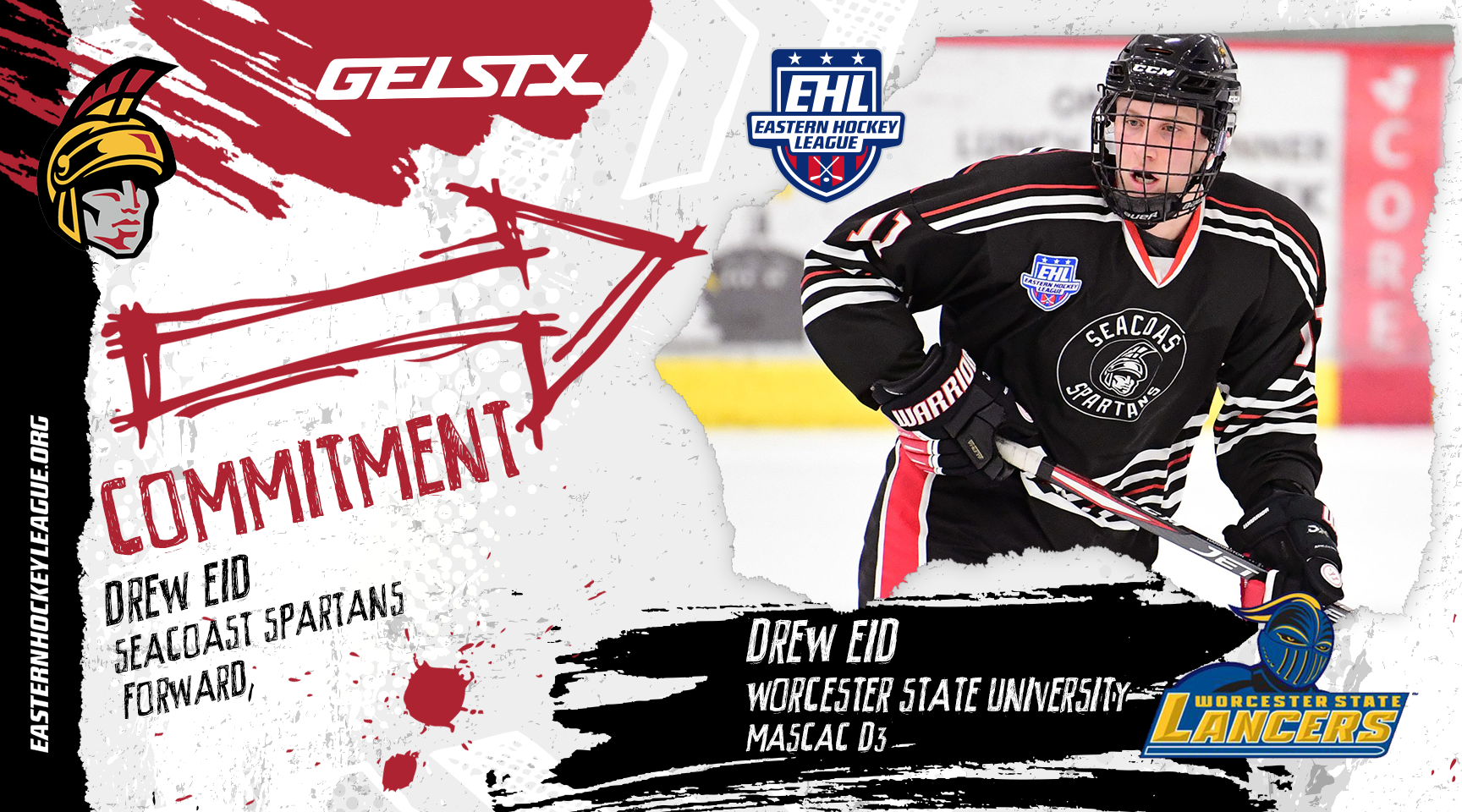