Express Defenseman Set to Join Pair of Teammates this Fall

WALPOLE, MA -- Cole Cavey, a defenseman for the Walpole Express, has committed to Gustavus Adolphus College for the fall of 2020.

The 2000-born native of Highlands Ranch, CO recently finished his first and only season in the Eastern Hockey League (EHL). A defensive-defenseman, Cavey collected five assists to his name, while playing in 38 total games for the Express.

"Cole was a solid player for us all season long,” said Express head coach and general manager Cody Campbell. "He bought in and accepted a role that completely put the team first and consistently was one of our best penalty killers and shot blockers. Gustavus is getting a first-class person and player.”

Cavey is the 9th player in league history commit to Gustavus Adolphus, and the 3rd player from the 2019-20 season. It's also worth noting that all three future Golden Gusties are from the Express, as Cavey will join Tim Lopez and Patrick McDonald this fall.

"For me it has always been student and then athlete," said Cavey. "With Gustavus I could tell that they truly care about their players as students and the future that they are able to lead through schooling. The hockey team and the coaching staff also develop their players to be the best they can be on the ice."

Cavey went on to talk about how Campbell and the Express program helped him reach this goal.

"Coach Campbell is able to reach players in a way that makes them play to another level and go physically beyond their capabilities," added Cavey. "The Express program develops players so that they not only thrive in junior hockey, but also are highly exposed to NCAA programs." 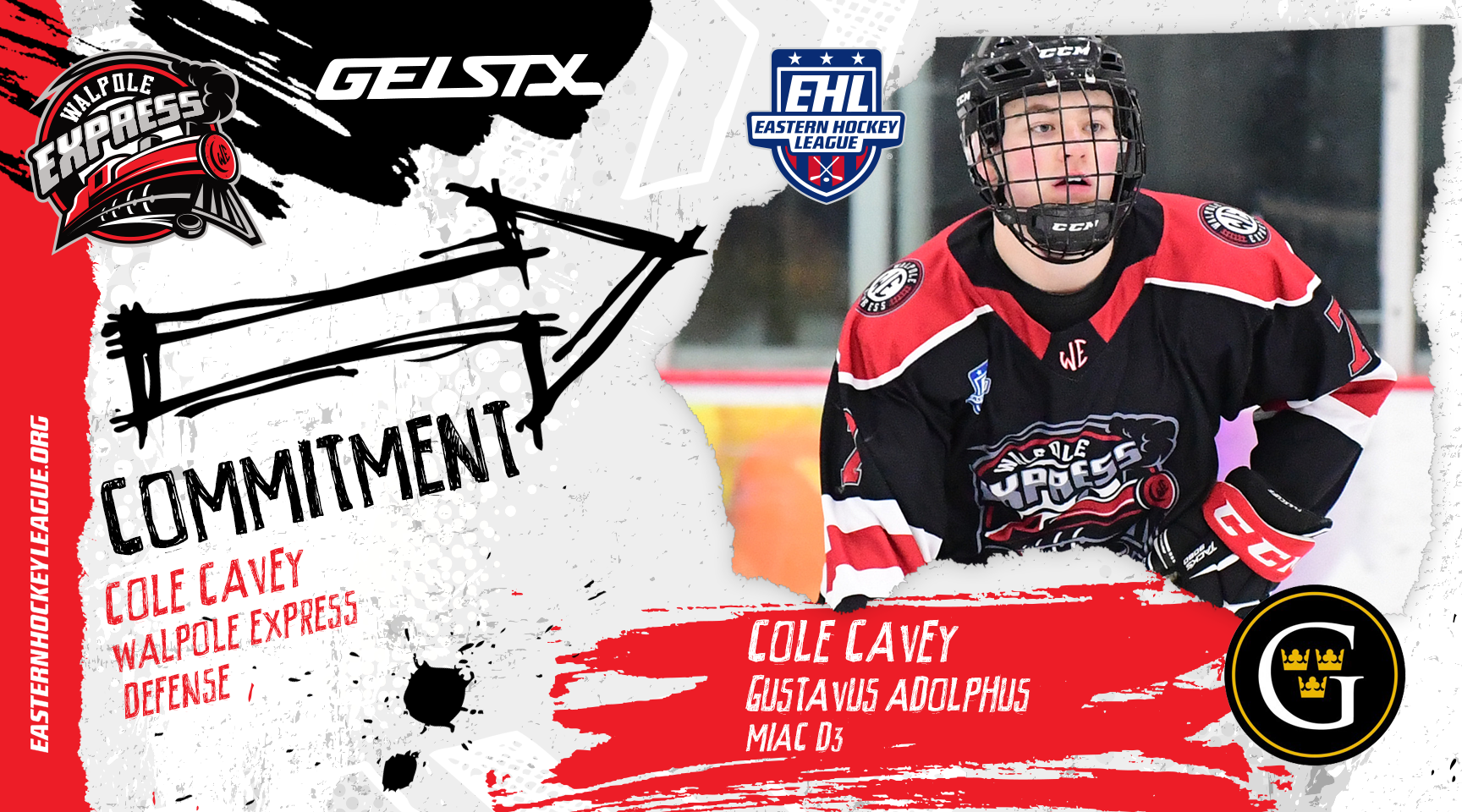