WARMINSTER, PA -- Matt Pasic, a forward for the Philadelphia Revolution, has committed to Buffalo State for the fall of 2020.

The '99 native of Cotuit, MA recently finished his 2nd season in the Eastern Hockey League (EHL), and first and only year with the Revolution. Combined with his 2018-19 season that was spent with the Walpole Express, Pasic played in a total of 82 games throughout his career in the EHL, scoring 28 goals and dishing out 30 assists.

"Pasic is one of those guys that always seems to get on the scoresheet and is very consistent when it comes to producing points,” said Revolution head coach Jon Rogger. “He has the ability to use his size and strength to win battles in the corners, and in front of the net. He is hard to knock off the puck and when he gets the puck in tight, he knows how to finish. I know he will be able to produce at the NCAA level because he has been doing these things throughout his entire career. When a player like Matt produces at every level like he has in the past, you know it won't change when he gets to college."

After tallying 23 points in his first season in the EHL, Pasic saw a huge increase in his production this past year, as he finished with 35 total points to his name. Overall, Pasic is very glad he spent the time he did developing his game in the EHL, and is happy that his final season was with the Revolution.

"I'd say they made me a tougher player and made me ready to be a part of the SUNYAC," said Pasic on the Revolution's coaching staff. “Even in their Monday practices, if you weren’t giving it your all, then your role on the team was on the line.”

Pasic went on to talk about his excitement towards joining Buffalo State.

“I’m excited about the culture,” added Pasic. “Last year they finished third in the league and their main mentality right now is they want to win the SUNY, and I want to be a part of a winning program.” 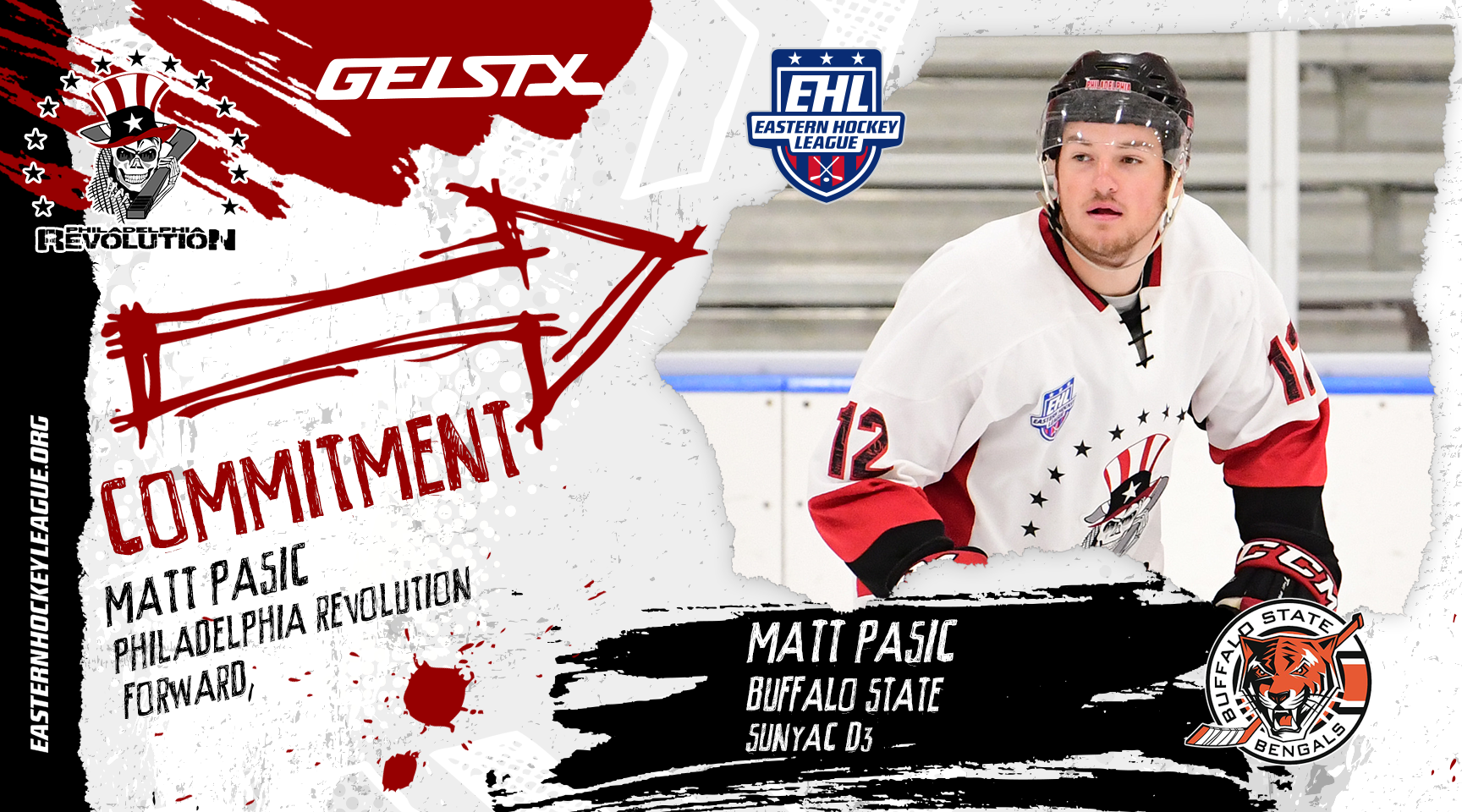