MIDDLETOWN, NJ -- Jack Lane, a forward for the New Jersey 87's, has committed to Wilkes University for the fall of 2020.

The '99 native of South River, NJ recently finished his 3rd and final season with the 87's program. Lane's junior hockey career began with the 87's inaugural season in the Eastern Hockey League Premier (EHLP) division, back in 2017-18. Following that year, New Jersey added a team in the Eastern Hockey League (EHL) division, and Lane was a key piece of the roster in each of the first two years.

"Jack is one of the top 87's players in our short history," said 87's head coach and general manager Adam Houli. "He was an All-Star each year in our league and he really found his game while playing for us. I truly believe Jack's game translates to the next level and he will continue to play hockey after school. Off the ice Jack is a phenomenal kid who is genuine in everything he does. He has, and will always be, a great ambassador for our program."

Looking back on his time with the 87's, and Lane immediately turned heads during his single season in the EHLP, tallying 62 total points in 43 games. The point production didn't slip as he climbed the ladder to the top level, finishing his EHL career with 83 total point in 70 games. Overall, Lane is beyond proud to be an 87's alum, and very grateful that all the work led him to Wilkes.

"Landing this commitment to a program like Wilkes is unbelievable. It's definitely special to me because of all the hard work, dedication and time you put into it as a junior hockey player. It's great to have it finally pay off," said Lane. "The 87's have done everything for me when it comes to hockey. Before I came to the 87's I wasn't even going to pursue junior hockey until Adam [Houli] and Matty [Kiernan] gave me a chance. Being an 87 wasn't just about playing hockey. The program has brought me much more, such as growing as a person individually, teaching me long-term life lessons and most importantly, they brought me a second family that I will cherish forever."

Lane is the 4th player in league history to choose the Colonels hockey program, and it's also worth noting that Lane will always be remembered for scoring the first goals in 87's history.

"It definitely will be a memory that I'll never forget, scoring the 87's first goals both seasons. Thankfully I had the boys both times to help me achieve those goals," added Lane. "It's definitely awesome knowing that I was one of a couple three-year vets to go through this program and help put them on the map. You know you work so hard to overcome adversity and I can definitely say that the 87's have come a long way in such a short amount of time, and that it's only the beginning for this program." 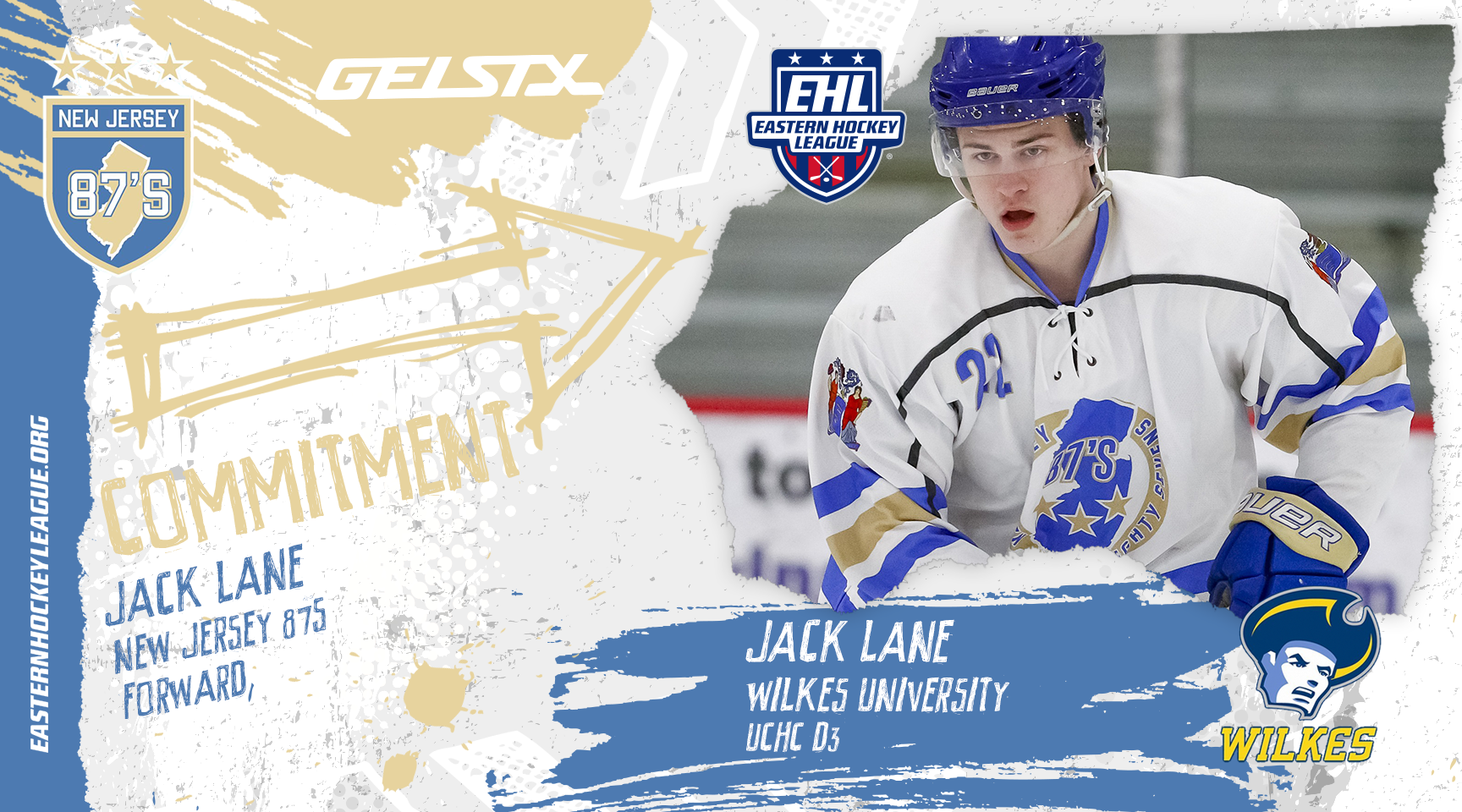