Spartans Defenseman Set to Join Pair of Teammates Next Fall

EXETER, NH -- Louis Valente, a defenseman for the Seacoast Spartans, has committed to Worcester State University for the fall of 2021.

The 2000-born native of Dracut, MA recently finished his first and only season in the Eastern Hockey League (EHL), tallying four points in 32 games on the blue line. The six-foot defensive-defenseman played consistent minutes for the Spartans throughout the season, owning a key role on the team during their inaugural campaign.

“This is another one of those fits that you feel great about," said Spartans head coach Brett Tryder. "I knew that Louis played the MASCAC style, the minute I saw him. Coach Toporowski is going to love his grit and work ethic. He had originally planned on coming back to us for another year, but I am very happy to see him reach his goal of playing college hockey.”

With Valente's commitment, the Spartans' total now sits at eight for the 2019-20 season, including three players that have advanced to the Lancers' hockey program. Nevin Tardif joined Worcester State at the halfway point of the 2019-20 season, while Drew Eid will be beginning his collegiate hockey career with the Lancers this fall.

“It has always been my goal to play college hockey," said Valente. "I would like to personally thank Coach Tryder and the Seacoast Spartans for giving me the opportunity to grow both on and off the ice, ultimately allowing me to achieve this goal. I am really looking forward to playing for both Coach Toporowski and Coach Coughlin next season.” 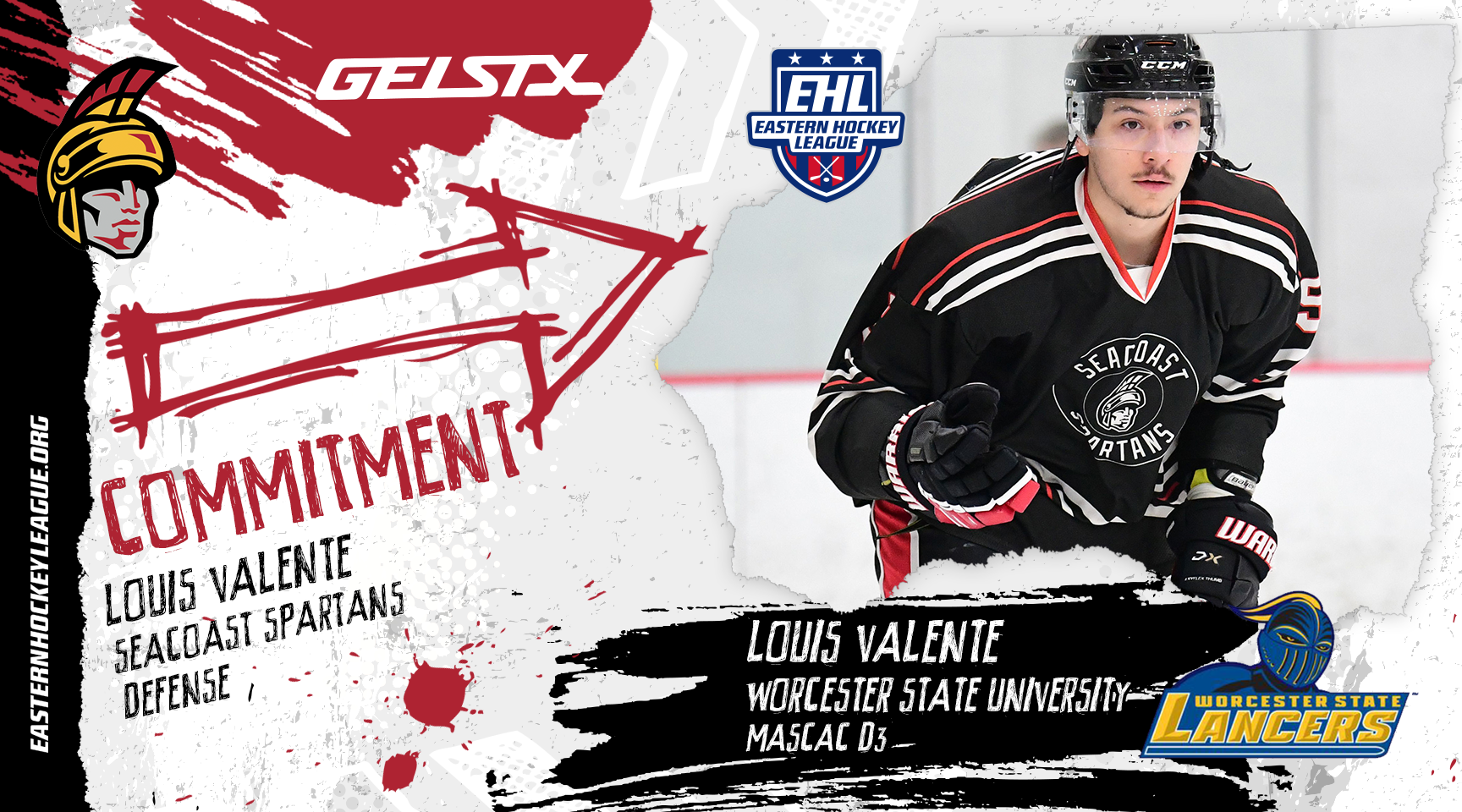