Board Headlines Newest Set of Stars of the Week

Below you'll find the 14th set of weekly top performers in the #EShow. The forward and defenseman awards are presented by Verbero Hockey, while the goalie honors come courtesy of Vaughn Custom Sports.

Board, Henkin, and the Spartans returned from the holiday break with a bang, immediately snapping an eight-game losing streak, with a three-game sweep of the Lumberjacks Hockey Club. Seacoast won the matchups by scores of 7-2, 9-5, and 4-3, with Board leading the way offensively. A number of players etched their name on the scoresheets over the three-game span, but it was the native of Glen Ellen, IL, who racked up the most points.

In total, Board scored five times in the three games, and chipped in with a trio of assists as well. Included in his stellar week were the game-winning goals from the contests on Wednesday and Thursday. It's also worth noting that the eight-point week doubled his point production for the entire season, as he now owns 16 total points through 14 games to date.

Moving back to the blue line, and Henkin was another Spartans player who added his name to the box score in all three contests. Included in the week was the first career goal for the 2000-born native of Colchester, CT. The veteran defenseman tallied 11 total assists throughout the 2019-20 season, and has five points to his credit so far this year.

Board and Henkin will look to continue to lead the way as the Spartans get set for the first edition of The Granite Cup.

In goal, McKallip and the Chiefs made their move to the state of Massachusetts official, picking up a 3-1 victory over the Valley Jr Warriors on Friday. The win was McKallip's 4th of the season as he made 32 saves, lowering his GAA down to 2.89, and increasing his save percentage up to .915.

The Chiefs have a tough upcoming stretch ahead of them, with two games apiece against the #1 Boston Jr Rangers and #4 Walpole Express this upcoming week.

Blackburn and the Railers returned from the holiday break with a weekend sweep of their games against the Boston Jr Rangers and Western Mass Chiefs. The two-win weekend increased the team's winning streak out to five games and helped the Railers power their way back inside the latest set of Nexlevel Power Rankings.

As for the '02 native of Palmer, MA, Blackburn scored five total goals in the two games, including a first-period hat-trick against the Chiefs on Saturday. For the season, Blackburn now has 11 goals and three assists to his credit, and the 14 total points puts him on an easy pace to surpass the 18 total points he tallied throughout the entire 2019-20 season.

On the blue line, Williams collected his 2nd Defenseman of the Week honor (EHLP Stars of the Week #11), after notching three assists in a two-game weekend sweep of the New Jersey Renegades. For the season, the '02 native of Pinedale, WY now has 14 points in 19 total games to date, and he's one of the reasons why the New Jersey is cruising at the top of the South Division standings.

Wiliams and the 87's will look to keep rolling when they travel to take on the Philadelphia Little Flyers on Friday, and match-up with the Renegades again on Saturday.

Between the pipes, Fath and the Lumberjacks returned from the holiday break with a two-game weekend sweep of the New England Wolves. The Lumberjacks won by scores of 5-1 and 6-0, as Fath collected his 3rd and 4th respective victories of the season.

Along with adding the wins to his overall stats, the '01 native of Colchester, VT also lowered his GAA down to 1.76 and increased his save percentage up to .922. The busy stretch of games continues for Fath and the Lumberjacks, with three more road games over the next seven days. 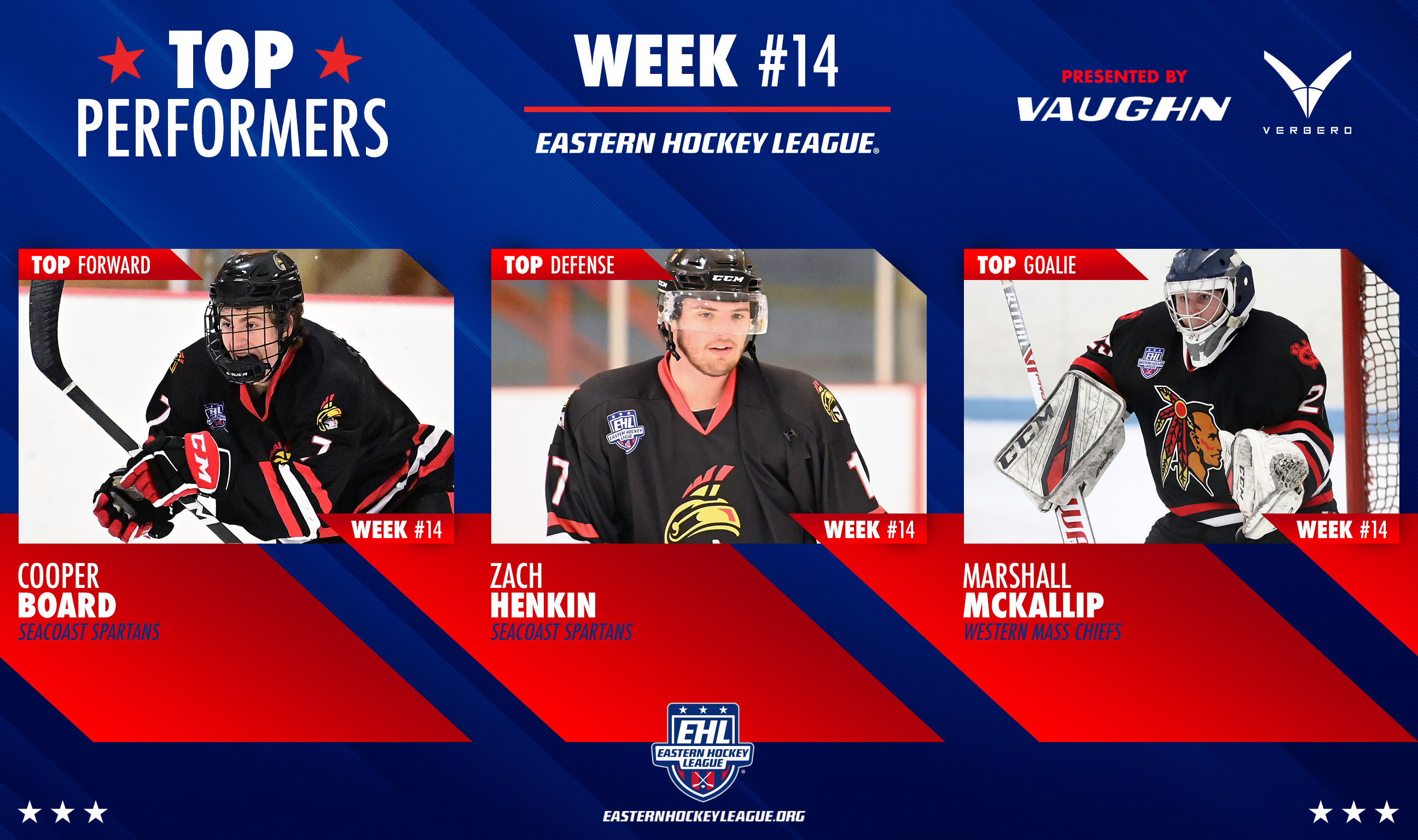 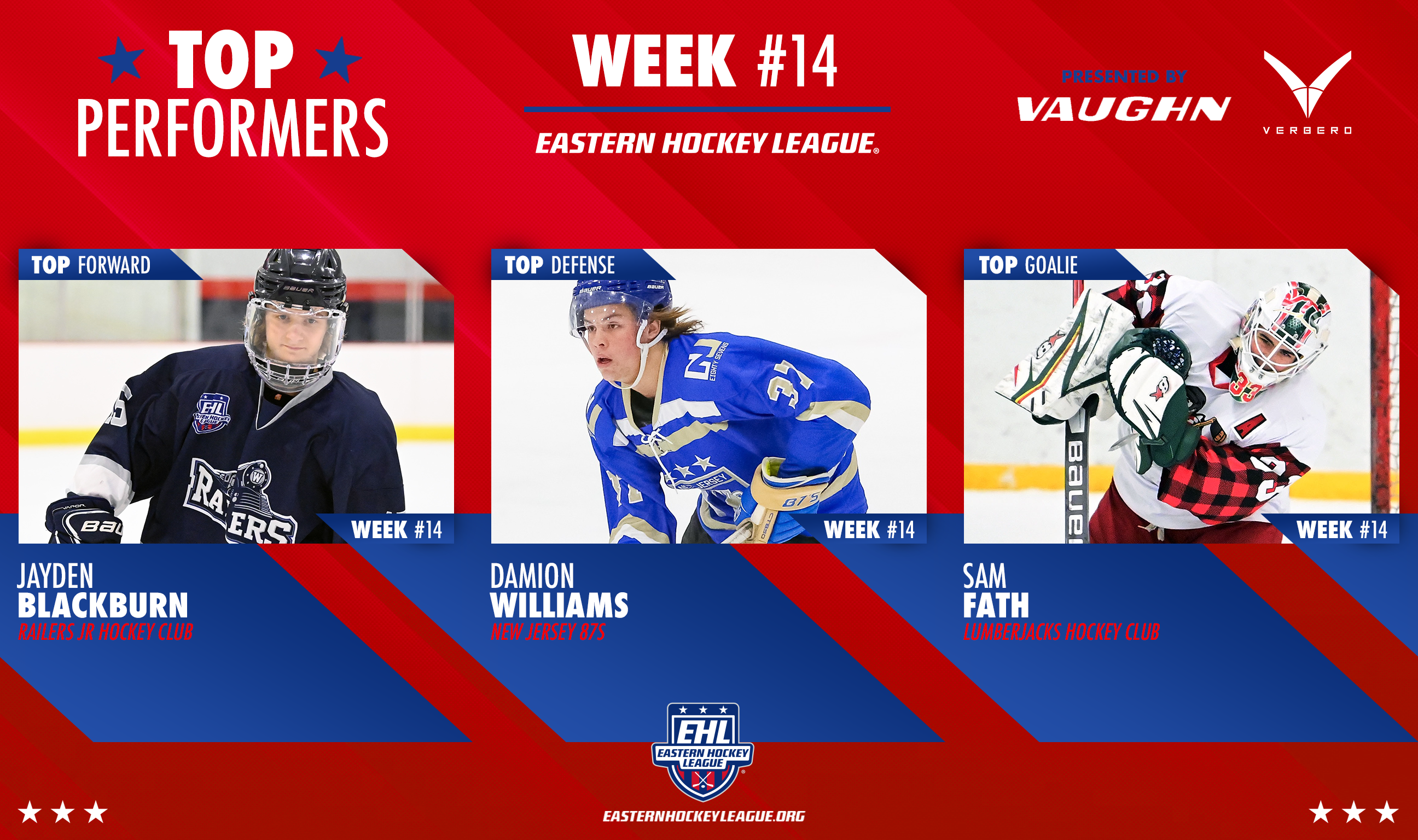