Kicking things off in the EHL, the top-ranked New Jersey 87s continue to close in on their first-ever Regular Season Championship. The 87's bounced back from a shootout loss to Team Maryland with a perfect 3-0-0 week this past week that included a win over the Protec Jr Ducks and two wins over the New York Apple Core. Looking ahead to this week, a total of three points would officially clinch the Regular Season title for New Jersey. The 87's will travel to take on the Philadelphia Little Flyers on Wednesday, and then host Maryland on Friday and the Ducks on Sunday.

Moving up to #2, the Boston Jr Rangers beat the Railers Jr Hockey Club on Tuesday, and then earned revenge in overtime against the #3 Walpole Express on Friday. With the pair of victories, the Rangers improved their record up to 30-4-1, and they're playing well heading into the postseason. The Rangers have three games left this week before they take a week off with the only First Round bye in the Central Division.

Sticking with the Central, losses to the Valley Jr Warriors and the Rangers dropped the Express back a spot, but their overall record remains towards the top of the league standings at 24-9-2. Walpole has locked up the #2 seed in their division, and has three regular season games left to fine-tune their play heading into the postseason.

At #4 the New Hampshire Avalanche posted a record of 1-0-2 this past week, and despite losing pair of games, the two-time champions never go down without a fight. The top seed in the North Division has just a pair of games remaining in the regular season, as they look to use their matchups with the Lumberjacks Hockey Club to get themselves ready for the postseason play.

Hanging in the North, the #5 New England Wolves also suffered a pair of losses this past week, but salvaged things with a dramatic overtime victory against the Avalanche on Saturday night. At 18-13-3, the Wolves are closing in locking up the #2 seed in their division. The position would give the team the all important home-ice advantage in their first playoff matchup.

Shifting over to the EHLP, and the top-four remained exactly the same. The top-ranked New Hampshire Avalanche continue to set the pace with a near-perfect record of 25-2-0. In an almost blemish-free year, New Hampshire has won games in many different ways including coming from behind in their last two victories against the Lumberjacks Hockey Club. With the North Division officially locked up, the Avalanche now have their sights set on claiming their first ever Regular Season Championship.

Speaking of division champions, the #2 Boston Jr Rangers have claimed the top spot in the Central Division, and are waiting for the slightest slip up from the Avalanche in order to potentially win their 4th Regular Season Championship. Whether that does or does not take place is still yet to be seen, but the Rangers are playing very well as of late. The annual contender is riding a six-game winning streak that has seen them outscore their opponents 22-5 along the way.

Keeping with the trend of top seeds, the #3 New Jersey 87s keep inching their way closer and closer towards locking up the #1 spot in the South Division. The 87's are one victory away from making it official, which they will look to make happen when they take on the team chasing them on Saturday night.

The #4 Philadelphia Little Flyers battle with the New Jersey Renegades first on Friday night, which if they lose, will give the 87's the top spot before we even get to Saturday. However, the Little Flyers are riding a four-game winning streak of their own, and are 5-1-0 in the month of February. 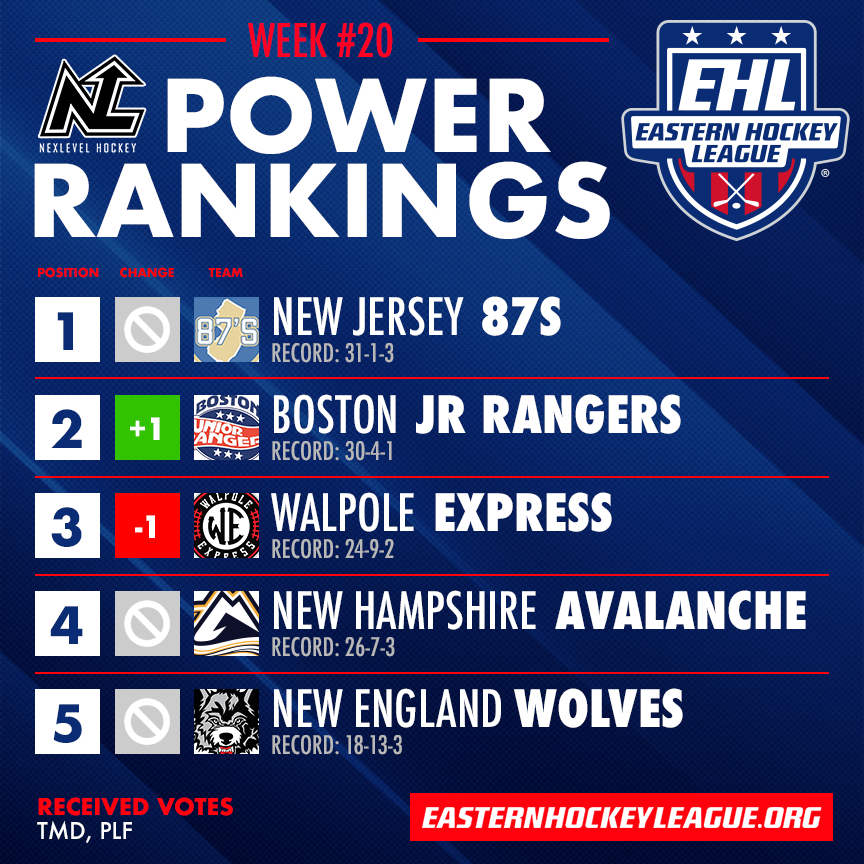 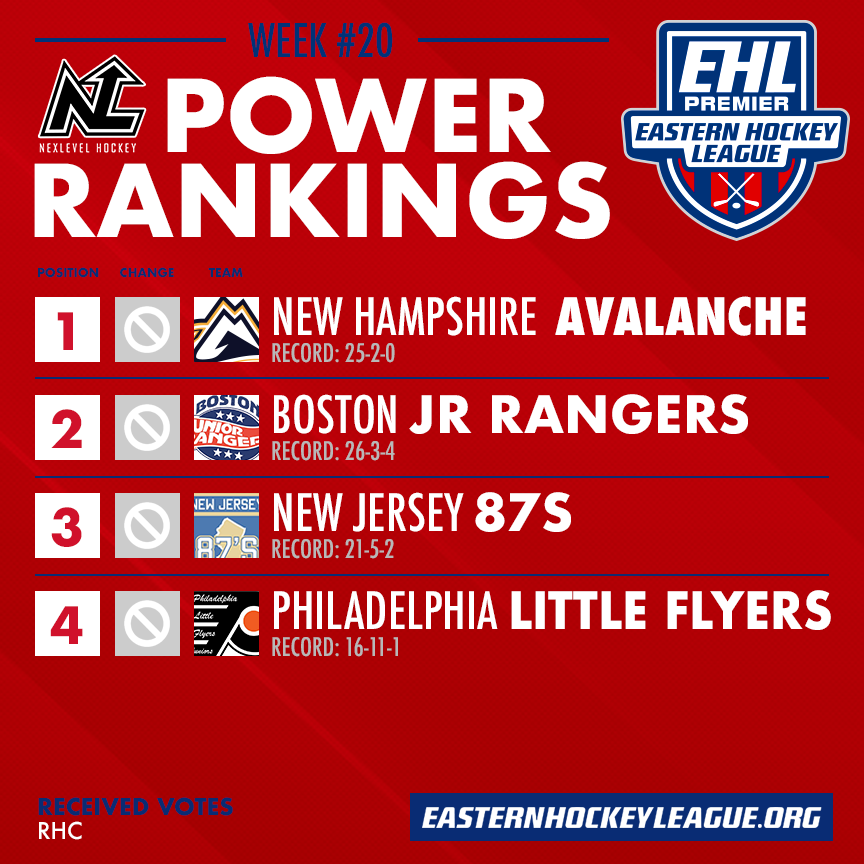