EXETER, NH -- Andrew Clouden, a defenseman for the Seacoast Spartans, has committed to SUNY Cortland for the fall of 2021.

The 2000-born native of Hamburg, NY recently finished his first and only season in the Eastern Hockey League (EHL). Clouden played in 36 total games for the Spartans, tallying eight points along the way.

“I was sure that Cloudy would be a great addition to our team and I was not wrong," said Spartans head coach and general manager Brett Tryder. "He is strong in all three zones and plays the physical style game that the SUNYAC is known for. I have trust in Cortland head coach [Joe] Cardarelli, and I am excited for him to begin his career in the fall.”

Clouden is one of two EHL players set to join the Red Dragons this fall, as he will team up with Andrew Clifford from the New Hampshire Avalanche when he arrives on campus. Clouden and Clifford have actually been teammates before, when they played 18U AAA hockey together back in the 2018-19 season for the Buffalo Jr. Sabres (T1EHL).

Clouden is excited to team up with Clifford again, and looking forward to starting his collegiate hockey career this fall.

“Playing with Seacoast was nothing less than great," said Clouden. "Coach Tryder and Coach Wallin have helped me develop and grow as a hockey player. Combining that with the exposure that the EHL provides, has allowed me to further my career at the NCAA level. I enjoyed my tour of Cortland and I am looking forward to playing for Coach Cardarelli next season at Cortland State.”

Clouden and the Spartans unfortunately saw their season cut short this week, when they lost to the Lumberjacks Hockey Club in the North Division Finals. However, despite the loss, Clouden and his teammates have a lot to be proud of when looking back on their accomplishments from this past year.

Learn more about the Spartans on the team's official website, and check out the full 2020-21 NCAA commitment list. 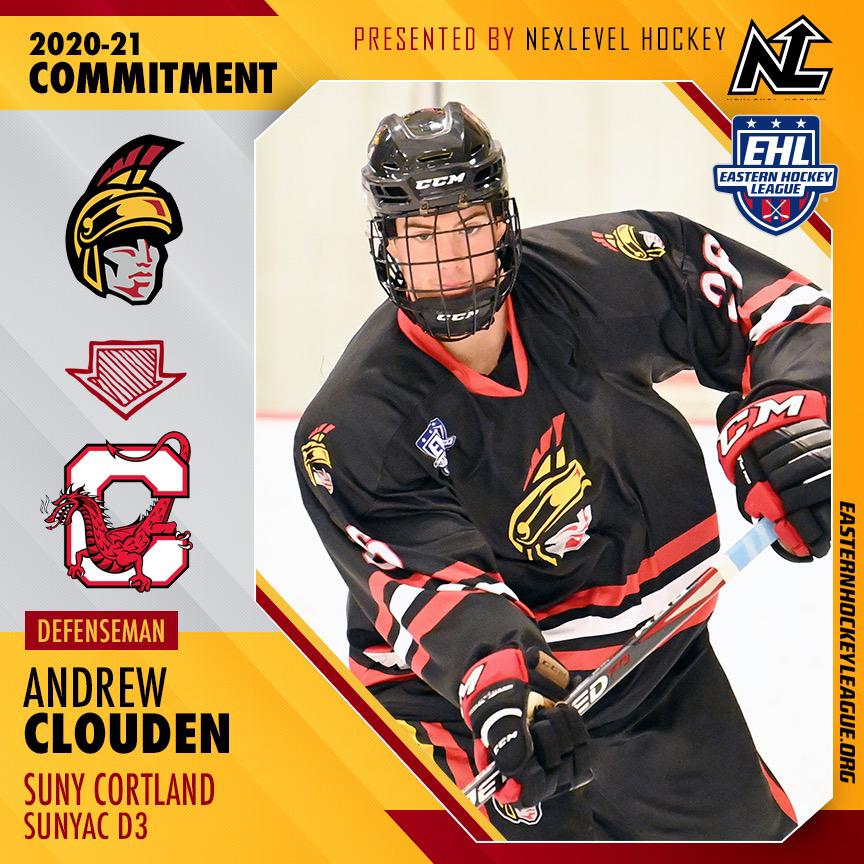