ODENTON, MD -- Connor Ball, a forward for Team Maryland, has committed to Southern New Hampshire University (SNHU) for the fall of 2021.

The 2000-born native of Webster, NY recently finished his 3rd and final season with Maryland, and in 107 career games in the Eastern Hockey League (EHL), Ball tallied 30 goals and 29 assists to his name.

"I want to thank Connor for his time here at TM," said Maryland head coach and general manager Josh Fusco. "Connor played a huge role in building this program as he was on the first TM team and trusted me to come back for his second and third years to chase the dream of playing college hockey. Connor was a pleasure to have and one of the most coachable players I’ve ever worked with, as I’ve watched him grow tremendously over the past 2 seasons. We wish him nothing but the best and can’t wait to watch his collegiate career play itself out."

As Fusco mentioned, Ball was a member of the Maryland team that laid the foundation with the program's inaugural season back in 2018-19. Since then, the team has made constant strides to reach the point where they are at today. Ball is very grateful for his time in Maryland, and even more grateful for the guidance he received from Fusco.

Ball is one of three players that has committed to SNHU so far this season, as he will be joined by Brendan Ogle from the New England Wolves and Max Phillips from the Western Mass Chiefs when he arrives on campus this fall. 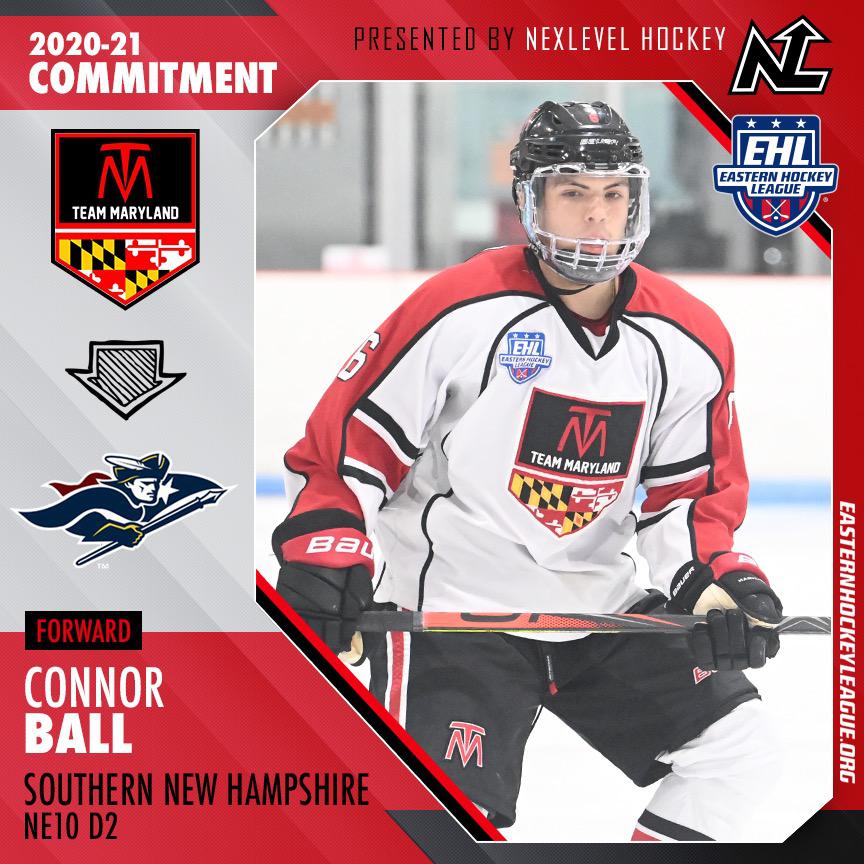