ODENTON, MD -- Patrick Nowak, a forward for Team Maryland, has committed to King's College for the fall of 2021.

The 2000-born native of Rochester, NY began this past season with the Seahawks Hockey Club, and then made the move south to Maryland in mid-November. Overall, in 34 total games in the Eastern Hockey League (EHL), Nowak scored nine goals and collected eight assists.

"Pat is a player that shows up to work everyday and puts 100% in effort in all the time," said Maryland head coach and general manager Josh Fusco. "His dedication to the game, his compete level, and his heart is something you can’t teach and he makes it contagious throughout the lineup. He’s a player that you want your whole roster to be. We are extremely proud of him and his commitment to Kings. Good luck Patty!"

With his commitment now official, the EHL has helped at least one player per season advance to the Monarchs' hockey program in four of the last five years. Nowak is the 12th player in league history to choose King's and he is beyond grateful to have earned the opportunity.

"I'm grateful that I was able to play hockey this year and get the opportunity to commit to a school and for that I commend the Eastern Hockey League," said Nowak. "I’m excited to move onto the next level and play for King's College. I’ve heard a lot of good things about Coach Seravalli and how he’s turning the program in the right direction, and I’m looking forward to being a part of that my freshman season. I want to thank Coach Fusco for preparing me for the next step in my hockey career and continually putting his players first. Team Maryland has a bright future ahead of them with him at the helm."

The bright future will hopefully continue with one forward step per year, as this past season Nowak and his teammates helped Maryland win their first-ever playoff series in the EHL. 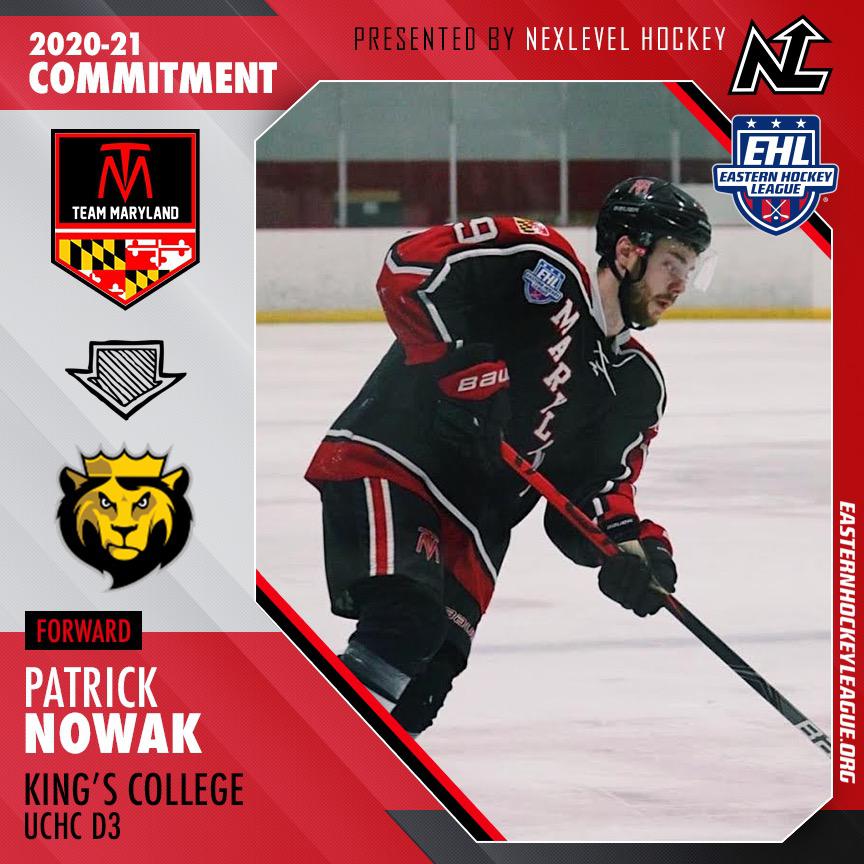