WORCESTER, MA -- Ben Giovanella, a forward for the Railers Jr Hockey Club, has committed to Anna Maria College for the fall of 2021.

The 2000-born native of Medway, MA recently finished his first and only season with the Railers. However, prior to heading out to Worcester, Giovanella spent a pair of seasons in the Eastern Hockey League Premier (EHLP), one with the Walpole Express, and one with the Valley Jr Warriors.

"Ben was a very hard-working, very well-liked, team-first guy,” said Railers head coach Sean Bertoni. “He brought both depth and experience to our team and was a positive influence on every one of his teammates. We are excited that Ben will be living his dream of being a student-athlete at Anna Maria College."

Those feelings towards Giovanella were echoed by Mike Addesa, the General Manager of the Railers.

"In watching our opponents very closely, I became attracted to the way Ben carried himself in each game while playing for the Express,” said Addesa. "I really felt he could fill a void as a player that could play on a momentum line and help us on our short-handed teams.”

Giovanella goes in the books as the 23rd player in league history to choose the Amcats' program, joining Dawson Taylor from the New York Apple Core and Ishmael Carrington of the Valley Jr Warriors as part of the incoming freshmen class.

Giovanella has already begun the process of becoming a firefighter in his hometown, which was a big factor in him choosing Anna Maria.

“[Mike] Addesa, our general manager, knowing of the Fire Sciences major at Anna Maria, spoke to coach [Dave] McCauley and put me on the Anna Maria radar,” said Giovanella. "Coach McCauley and Assistant Coach [Connor] Mauro came down to watch a couple of our games. [Mike] Addesa did a lot of work for me and I really appreciate it. I can’t thank Mike and the entire Railers' staff enough. They helped me a lot. They really helped me up my game, teaching me ice awareness and the finer points of the defensive side of the game all over the ice. I am a much more complete player now that I have completed one year playing in the Railers program. The culture in the Railers program is unbelievable. It is like a brotherhood. I have never been on a closer team where each player cared so much about every other player.” 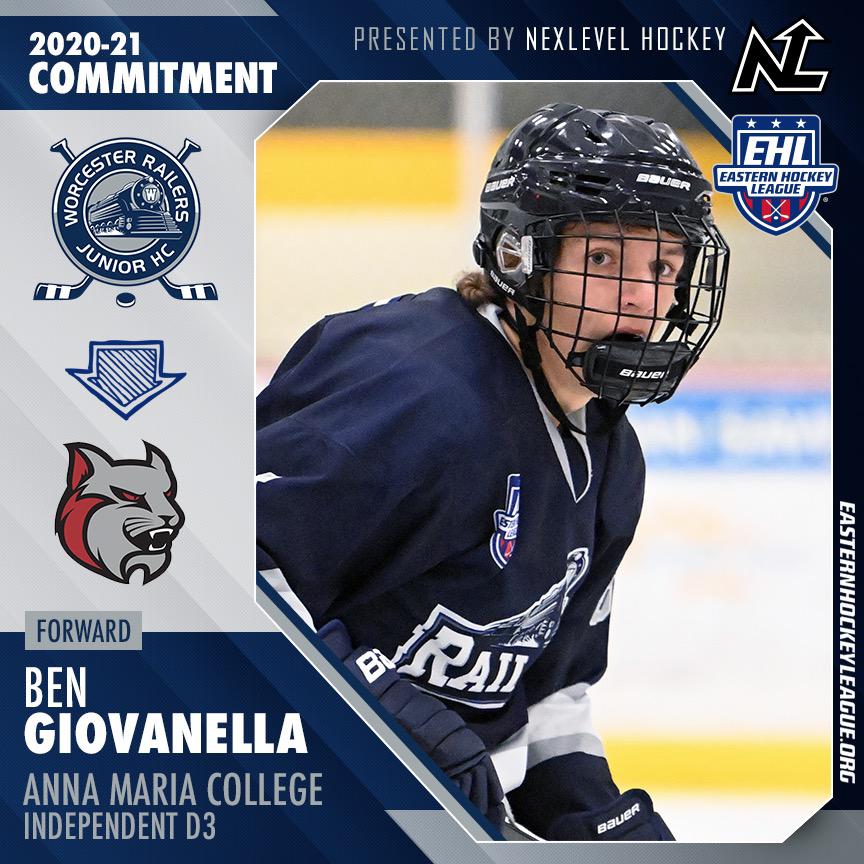