NORWALK, CT -- Trey Deloury, a defenseman for the Connecticut RoughRiders, has committed to Post University for the fall of 2021.

"Trey's size with firm skating skills allows him solid transition of game play in all zones," said RoughRiders head coach and general manager Eric Lind. "He moves the puck well and likes to join the play for odd-man rushes. I am excited to see Trey take the next step to college hockey next season.”

At the start of the 2019-20 season, Deloury was splitting time at the EHLP and EHL levels for the Valley Jr. Warriors. Around the midway point of November, Deloury solidified his spot on the Warriors' top level team. One full season with the Warriors followed by a campaign with the RoughRiders, proved to be the perfect recipe for the 6'4" defenseman.

Now, Deloury is the 18th player in league history to choose Post, and he'll be joined by a pair of former Warriors in Drew Blodgett and Gehrig Oppenheimer when he arrives on campus this fall. 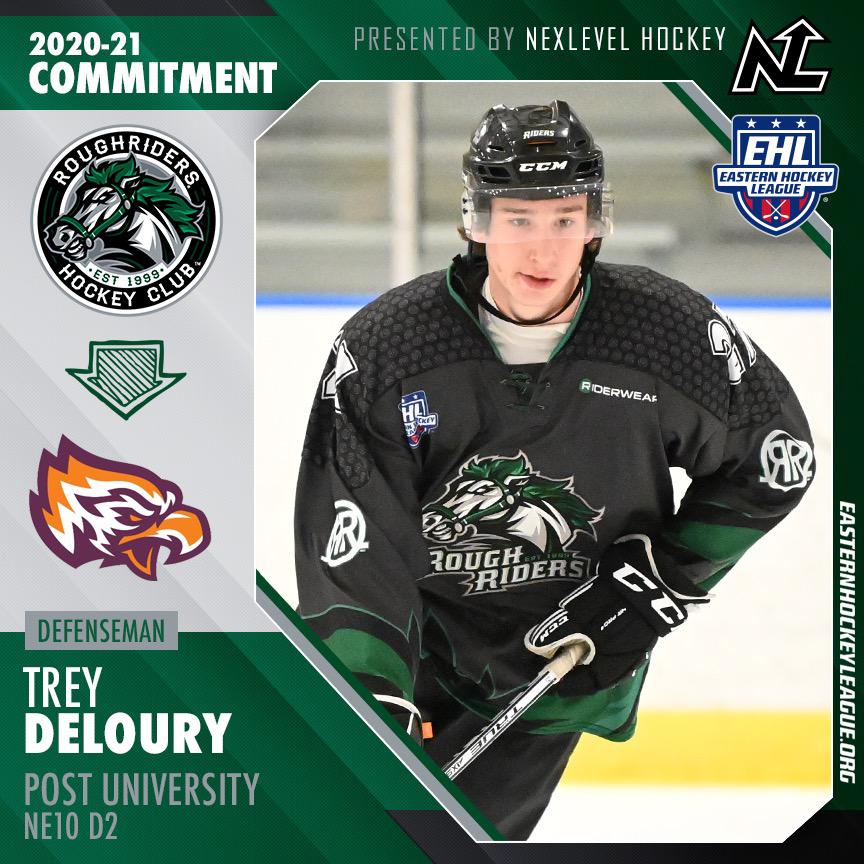