SOUTH DENNIS, MA -- Michael Flaherty, a forward for the Seahawks Hockey Club, has committed to New England College (NEC) for the fall of 2021.

The 2000-born native of Rockland, MA recently finished his 3rd and final season of junior hockey, and first and only year with the Seahawks. After spending the 2018-19 season developing with the Walpole Express at the Eastern Hockey League Premier (EHLP) level, Flaherty climbed his way up to the Eastern Hockey League (EHL) ranks the following year (2019-20). The 6'1" forward then chose to head to the Cape for his age-out campaign (2020-21).

"Michael is a solid forward who works hard in all 3 zones of the ice," said Seahawks head coach and general manager Bill Zaniboni. "Playing two years in the EHL, following a season in the EHLP, was huge for [Michael] Flaherty with his development. He plays a complete 200-foot game now, and he's ready for college hockey."

Flaherty is one of two EHL players heading to NEC this fall, as he will meet up with his 2020-21 Seahawks teammate David Novotny when he arrives on campus this fall.

"I am very pleased and excited to further my education and athletic careers at New England College," said Flaherty. "I would like to thank my family, friends, coaches, and teammates for their support throughout the years. I can't thank Coach Zaniboni and the Seahawks enough for assisting me in achieving my life-long dream to play college hockey at the highest level possible. I'm excited to join the Pilgrims for the next four years." 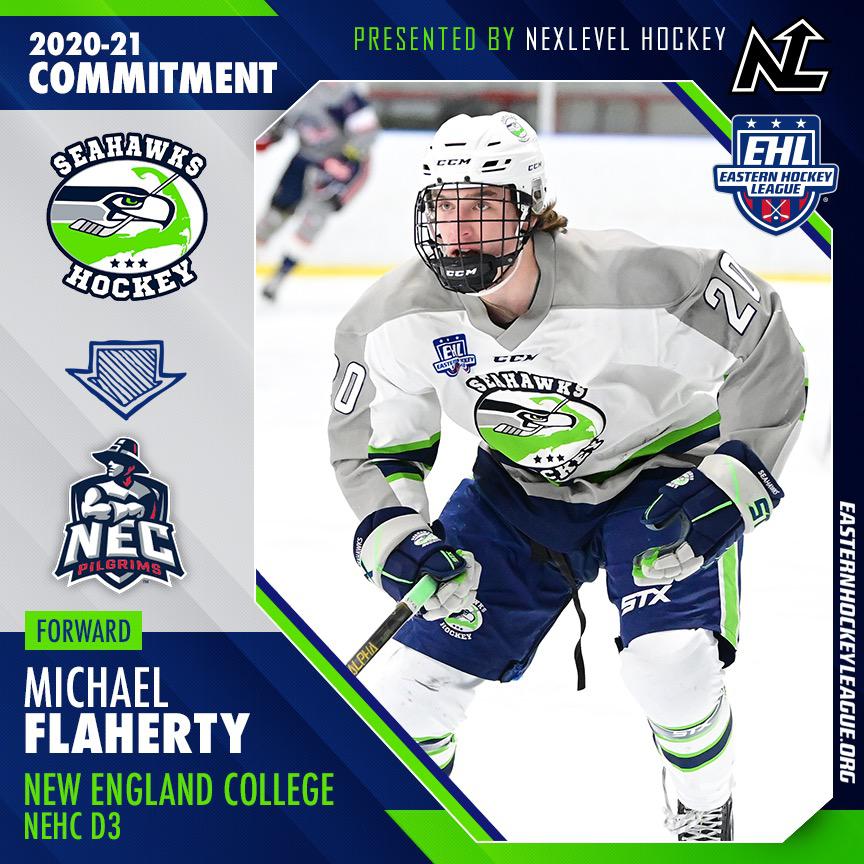