NORWALK, CT -- William Pond, a defenseman for the Connecticut RoughRiders, has committed to Western New England (WNE) for the fall of 2021.

The 2000-born native of Wilton, CT recently finished his 2nd and final season in the Eastern Hockey League (EHL), and first full campaign with the RoughRiders. Combined with his 2019-20 season with the New York Apple Core, Pond tallied 19 total points in 71 career games in the EHL.

"Will was an absolute heavyweight player in the EHL, imposing his force while overpowering opponents," said RoughRiders head coach and general manager Eric Lind. "He is composed and doesn't over-do the physicality while breaking up the plays. He's also a fluid skater, that can take the puck end-to-end with confidence. He has a resonant shot and fine passing ability, allowing his teammates to move up the ice. We wish Will the best of luck next season with the Golden Bears. Congratulations to Will and his family!"

Pond is one of four EHL players heading to WNE this fall, as he will join a trio of Apple Core teammates in Eric Mark, Sam Mitchell, and Jason Ruszkowski. Overall, Pond is the 26th player in league history to choose the Golden Bears' program. 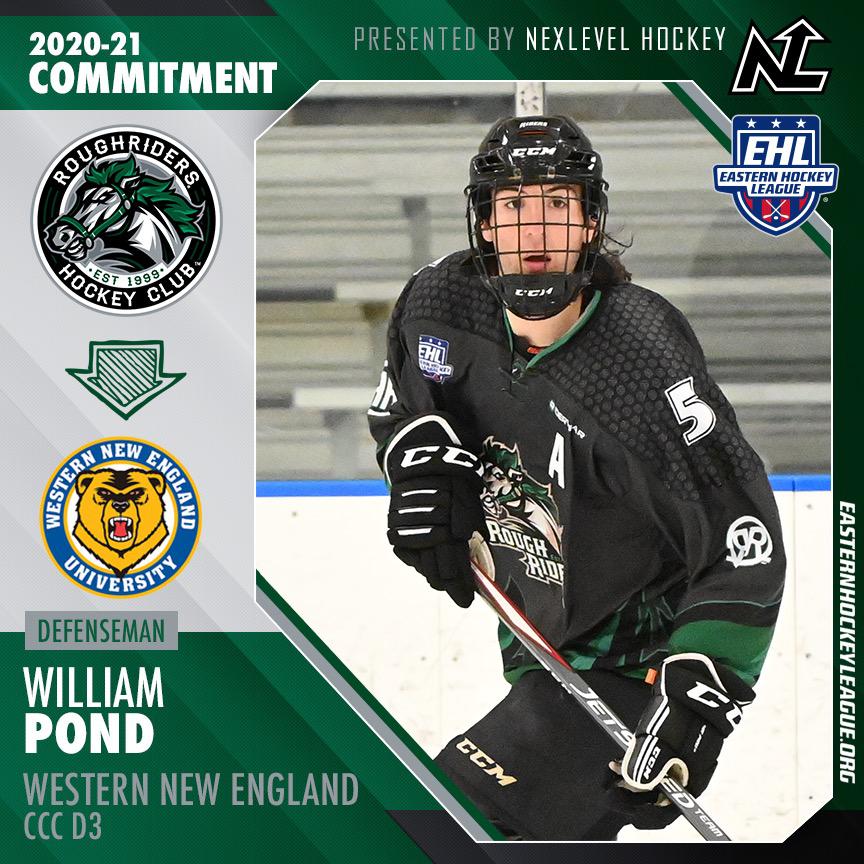