EXETER, NH -- Ashton Collazo, a forward for the Seacoast Spartans, has committed to Framingham State University (FSU) for the fall of 2021.

“I am very happy for Ashton," said Spartans head coach and general manager Brett Tryder. "He had an injury the year before so I wasn’t sure what his level of contribution would be. I knew that he could play at the EHL level, but he exceeded my expectations in every way. He has an incredible feel for the game and a great sense of time and space. He scored some huge goals for us this season, and I am sure that he will have a great career at Framingham State. They are getting a great team guy and a guy that will produce when the game is on the line.”

Collazo's junior hockey career began with the Walpole Express at the EHLP level back in the 2018-19 season. The talented playmaker then kicked-off the following campaign (2019-20) at the EHLP level as well, but quickly proved he was ready for the EHL. Collazo stuck in the top division from that point on, ultimately leading to this moment in his journey.

“My time this past season with Seacoast was very beneficial to my development and overall path to the collegiate level," said Collazo. "While at Seacoast I was able to play a very free and flowing game style under Brett Tryder. This type of play style allowed for a lot of creativity for the players and helped build my confidence. I think for my last year of juniors, Seacoast was the most beneficial team for myself and it allowed me to be the player I most desired to be. It has been a long-time dream of mine to continue my hockey career at the collegiate level and I am excited to get started with Mike Bailey and Framingham State.”

Learn more about the Spartans on the team's official website, and check out the full 2020-21 NCAA commitment list. 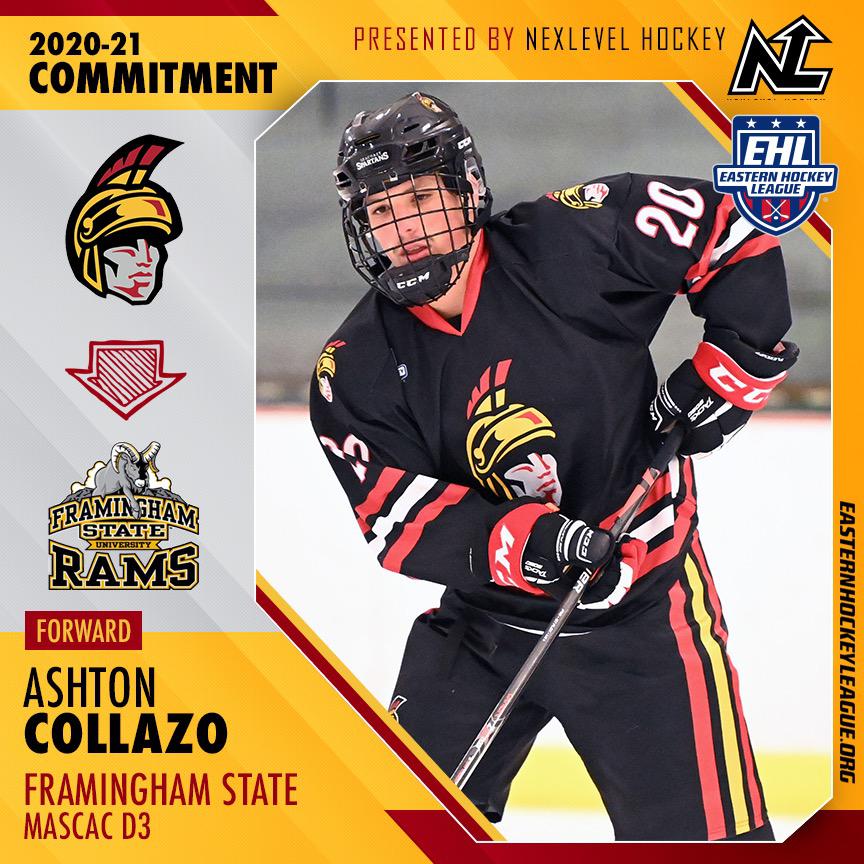