BREWSTER, NY -- Sam Mitchell, a forward for the New York Apple Core, has committed to Western New England (WNE) for the fall of 2021.

The 2000-born native of New Fairfield, CT spent just a single season with the Apple Core, but in 39 total Eastern Hockey League (EHL) games this past year, he averaged just under a point per game with 17 goals and 21 assists.

“A true diamond in the rough,” said Apple Core head coach and general manager Mike LaZazzera. “During this season Sam really came into his own. A pure power forward with a great shot and hockey sense. Mitchell will be a massive asset to Western New England and will continue to produce at the NCAA level.”

Mitchell is part of a four-player class heading off from the EHL to WNE this fall, as he will be joined by a pair of former teammates in Eric Mark and Jason Ruszkowski, as well as William Pond from the Connecticut RoughRiders. Overall, the four-player class increases the EHL's total up to 26 NCAA Commitments to WNE since the league was formed back in 2013.

“Playing for Apple Core was one of my favorite hockey experiences," said Mitchell. "I’d like to thank my coaches who helped push me and help me grow as a player this season to get me to where I am now. I’d also like to thank my teammates for a great year. I couldn’t have picked a better team to spend my last junior season with, and I look forward to my next step with WNE.” 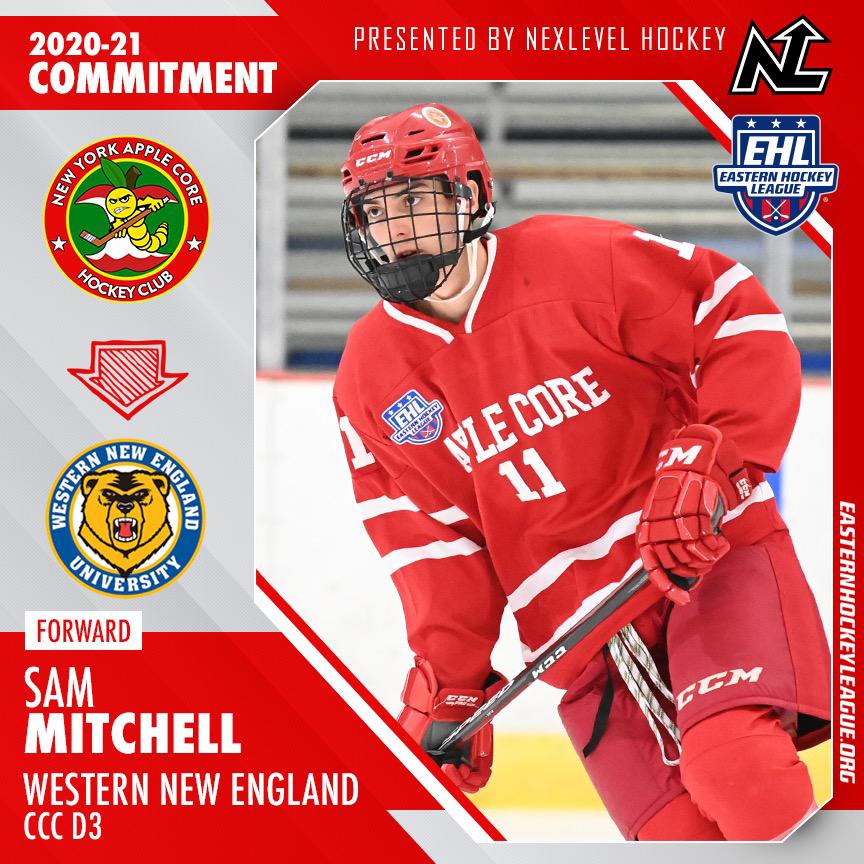