ASTON, PA -- Ryan Houle, a defenseman for the Philadelphia Little Flyers, has committed to Southern New Hampshire University (SNHU) for the fall of 2021.

The 2000-born native of Canada spent a pair of seasons developing with the Little Flyers, and in 88 career games in the Eastern Hockey League (EHL), Houle collected 25 total points to his credit.

"As an organization we are very excited for Ryan and his commitment to Southern New Hampshire," said Little Flyers head coach and general manager Mark Catron. "Over the past two seasons, he developed and improved on the ice and in the weight room, but Ryan Houle the leader and captain meant so much to our success last season. Having a younger team, he is a lead-by-example guy, one that would run through a wall at 100 miles per hour if you asked him to; he left it all out there on the ice for us and I couldn’t have asked for anything else out of him over the past two seasons. I’m excited to see him play alongside Ryan Clear for the next four years at Southern New Hampshire."

As Catron mentioned, Houle is set to reunite with Ryan Clear at SNHU this fall, as the pair of Little Flyers defensemen join the Penmen hockey program.

“Where to begin? First off, I want to thank my parents and family for the sacrifices they have made for me, to finally get to college hockey," said Houle. "It would not have been near possible without their constant support and help. All my former coaches that pushed and help me reach my goals, keeping in touch and still helping me to this day. Thank you to my Head Coach with the Little Flyers, Mark Catron, for giving me my two best years of hockey yet, letting me prove myself on and off the ice, gaining confidence as a player and person. Thank you to Anthony Lorusso for helping with absolutely everything over the past two seasons. To my teammates, thank you all for helping me to better myself, and thank you to the entire Philadelphia Little Flyers organization. I’m very excited to arrive on campus and Southern New Hampshire, thank you to Head Coach [Sean Walsh] and the whole Penmen program for welcoming me into SNHU so late into the start of the year. In other words a big THANK YOU to everyone!" 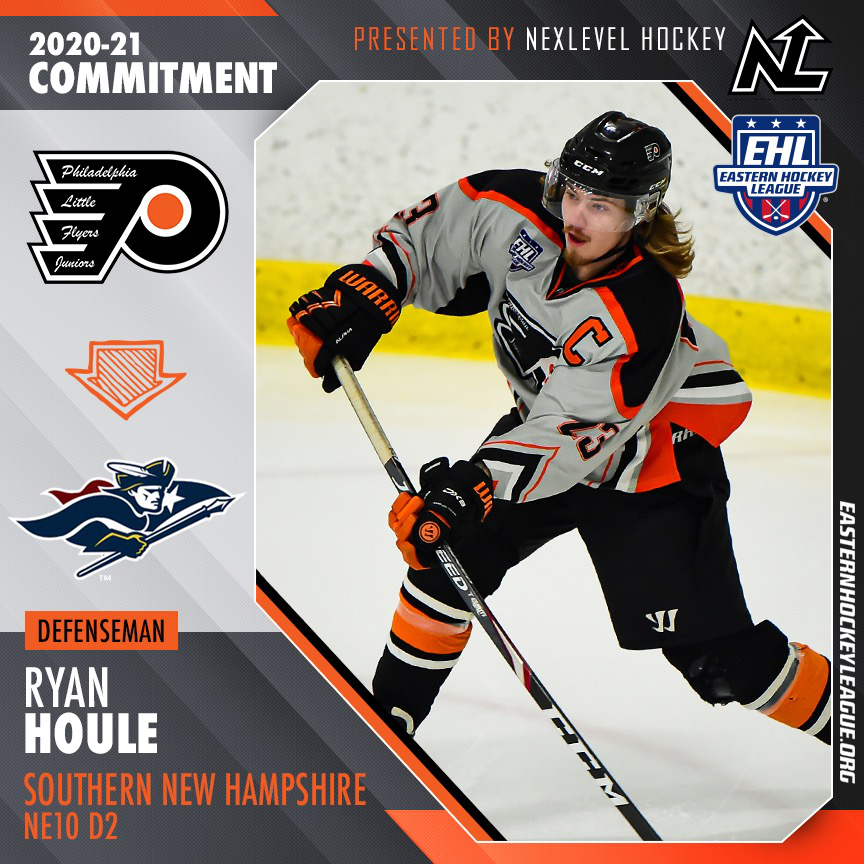