BEDFORD, MA -- Joe Idelson, a defenseman for the East Coast Wizards, has committed to Suffolk University for the fall of 2022.

The '01 native of Framingham, MA is in his 2nd season with the Wizards, and in 47 career games in the Eastern Hockey League (EHL), the defensive defenseman has tallied four points to his credit.

"We could not be happier for Joe after he worked extremely hard to get back from a season-ending injury last season," said Wizards head coach and general manager Kory Falite. "He's an unbelievable kid to have both on and off the ice and we're glad to see his hard work pay off."

As Falite mentioned, Idelson saw his 2020-21 season cut short due to injury, but immediately put the work in to make this commitment happen. While Idelson goes in the books as the 1st EHL player to choose Suffolk so far this season, he's also the 25th player in league history to make that decision.

The Rams have always been heavy recruiters of the EHL, and with Idelson's commitment, Suffolk has now committed at least one player per year for all nine seasons that the league his been in existence.

“Thank you to my teammates, family, and coaches who have been so supportive throughout my hockey career," said Idelson.

Idelson and the Wizards returned from the holiday break last Thursday, picking up a 4-3 road victory over the Connecticut Chiefs. Now, looking forward to this weekend, the Wizards have a big showcase on tap with games scheduled against the Walpole Express, the Seahawks Hockey Club, and Team Maryland. 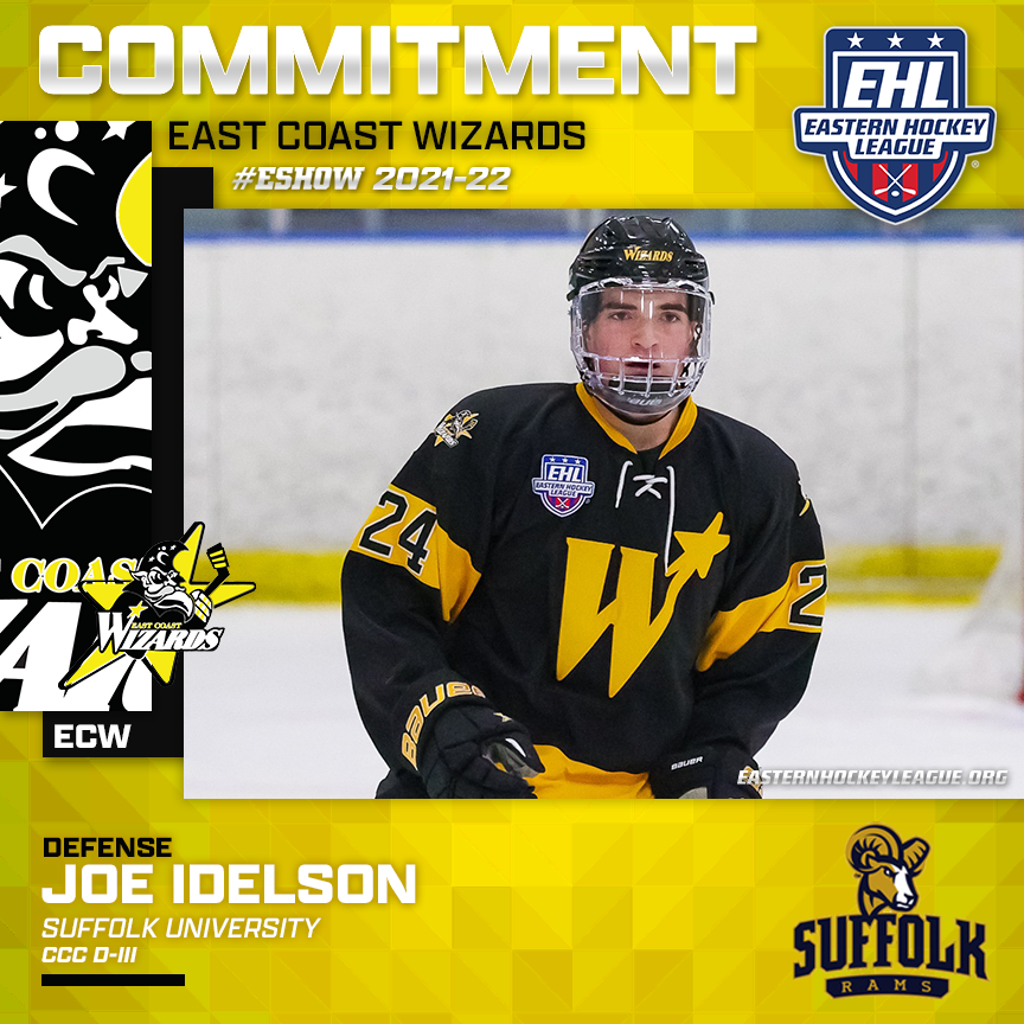