TEWKSBURY, MA -- Josh Grund, a forward for the Boston Jr Rangers, has committed to SUNY Brockport for the fall of 2022.

The '01 native of Baldwinsville, NY is in his 3rd season in the Eastern Hockey League (EHL), and in 119 career games to date, Grund has scored 38 total goals to go along with 56 assists.

“Josh came to us late, but filled an immediate impact role both on the power-play and the penalty kill for our team," said Rangers head coach and general manager Rich DeCaprio. "We send players to Brockport every year, as they are a top program in the SUNYAC, with great coaches and strong academics. Josh is a great character kid who can really play the game. I look forward to watching him next season.”

Grund is the 4th EHL player to choose Brockport so far this season, as he'll become new teammates with Dominic Chirico of the Connecticut Chiefs, Josh Higgins of the New Hampshire Avalanche, and Ryan Brow of the Protec Jr Ducks when he arrives on campus this fall. The talented playmaker is excited to have landed a spot with such a well-respected program, and very grateful to Coach DeCaprio.

“Coach DeCaprio has instilled strong work ethics both on and off of the ice," said Grund. "I cannot thank Coach enough for everything he has done to help me pursue playing college hockey! I would like to thank my family, Coach DeCaprio, as well as the Eastern Hockey League for helping me get to where I am.”

Grund was part of the EHL College Series All-Star Team back in October, an experience that truly helped him catch the attention of Brockport. 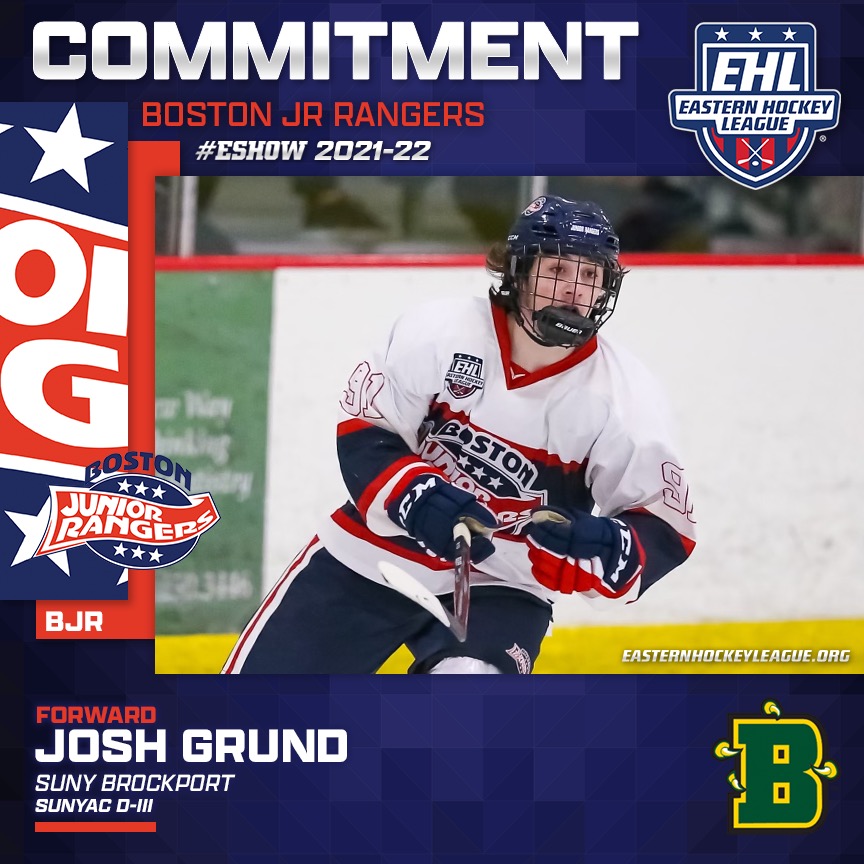