Avalanche Forward Set to Join Colonels in the Fall of 2023

HOOKSETT, NH -- Evan Victor, a forward for the New Hampshire Avalanche, has committed to Wilkes University for the fall of 2023.

In his first season with the Avalanche, the '02 native of Pittsburgh, PA has tallied 20 points in 32 total Eastern Hockey League (EHL) games to date.

"Evan came to us after a good season in the USPHL," said Avalanche head coach and general manager Chris Cerrella. "After just half a year with us in the EHL, he earned an NCAA commitment from a nationally-ranked college hockey program. He will play for us again next season and head to Wilkes University for the 2023-24 season. I am very excited for Evan and his family, he earned it every step of the way."

Victor is the 2nd Avalanche player so far this season that has made his NCAA Commitment for the fall of 2023, as he joins fellow forward Aden Hotchkiss (Plymouth State University). The 6'4" playmaker is excited to have this weight off of his shoulders, as he can now focus purely on his development over the rest of his time in Hooksett.

"I’m excited and honored to be a part of such a great program and play for Coach Hynes at Wilkes University in the future," said Victor. "I’d like to thank my family for the sacrifices they’ve made and the support they’ve given me throughout my career. I’d also like to thank Coach Cerrella and the Avalanche program. Last, but not least, I would like to thank Coach Ramm for helping me reach this goal. I am excited to join Wilkes for the 2023-24 season."

The Avalanche return to action on Sunday when they begin a two-game home series against the Vermont Lumberjacks. 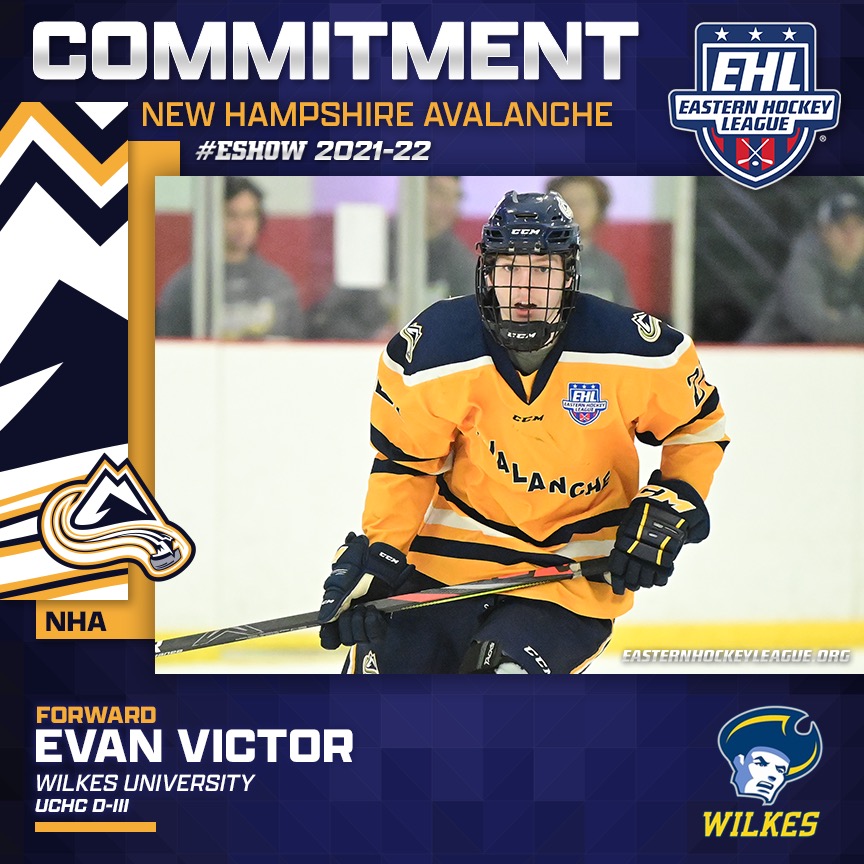