BEDFORD, MA -- Will MacNeil, a forward for the East Coast Wizards, has committed to Suffolk University for the fall of 2022.

The '02 native of Belmont, MA recently finished his first and only season with the Wizards, tallying 10 points in 27 total Eastern Hockey League (EHL) games.

"We're extremely happy for Will and his commitment to Suffolk," said Wizards head coach and general manager Kory Falite. "They are getting a great hockey player, and more importantly, a tremendous person. His perseverance in getting through a major injury this season, and return for the playoffs, really shows the type of determination and character he has.”

As Falite mentioned, MacNeil fought through an injury that kept him off the ice for a full two-month stretch in the middle of the year. Despite the setback, as well as being only an '02 birth year, MacNeil kept pushing. As a result, his hard work has been rewarded with a roster spot at the NCAA Division III level for this upcoming fall.

“I am really excited to join the Rams next season,” said MacNeil. “I want to thank my family, coaches, and teammates for all of their support.”

MacNeil goes in the books as the 29th player in league history to choose the Rams' hockey program, and the 5th from the 2021-22 season. Alongside his teammate Joe Idelson, MacNeil will join up with Alex Pratt of the Walpole Express, Adam McNabney of the Boston Jr Rangers, and Thomas Dempsey of the New Hampshire Avalanche. 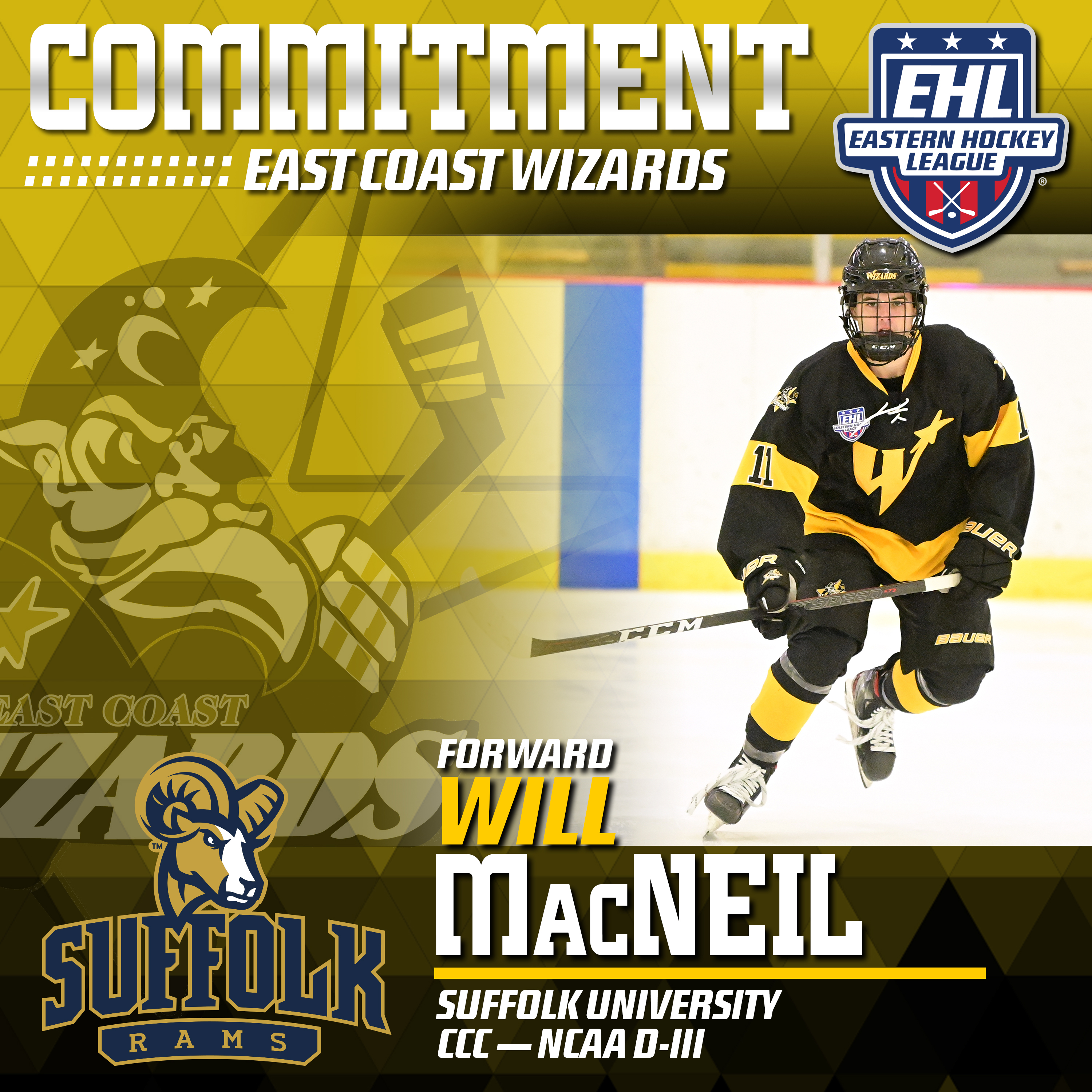