HOOKSETT, NH -- Ronan Mobley, a goaltender for the New Hampshire Avalanche, has committed to SUNY Cortland for the fall of 2022.

The '01 native of Playa Del Rey, CA recently finished his 2nd season with the Avalanche, and 37 career victories in the Eastern Hockey League (EHL), Mobley ranks as the 11th winningest goaltender in league history.

"Ronan came to us last season and did all the right things," said Avalanche head coach and general manager Chris Cerrella. "He worked hard at improving every day, both on and off the ice. He came back for his second season with us determined to be the best goalie in the league and I think he was just that. He was great for us in the Frozen Finals, and although we fell short, he was really great for us all season long. He’s big, mobile, and he is student of the game. I think he is going to have a great career in the SUNYAC, and I know he is a great addition to the SUNY Cortland community. Mobley will be hard to replace, he was a warrior and a true competitor, and I am very proud of the young man he has become over the last two seasons. I wish him and his family nothing but the best in the future."

Mobley is the first EHL player from the 2021-22 season to choose Cortland, and overall, he's the 20th player in league history to commit to the Red Dragons' program. When looking back on his time with the Avalanche, Mobley is very grateful the pair of impactful seasons led to this accomplishment.

"I am extremely excited to be spending the next 4 years furthering my academics and athletic career at Cortland," said Mobley. "I’d like to thank my coaches, friends, and the Avalanche organization. Most importantly, I’d like to thank my family for giving me the opportunity and support to pursue my passion. I can’t wait to get started with my new team and contribute in any way that I can for the Red Dragons."

As Cerrella mentioned before, Mobley simply got better as his time progressed in the league, highlighted by a selection to the 1st Annual EHL All-Star Classic this past November. While his age-out campaign did not end the way he had hoped, Mobley still can look back and be proud of the mark he left behind him in New Hampshire. 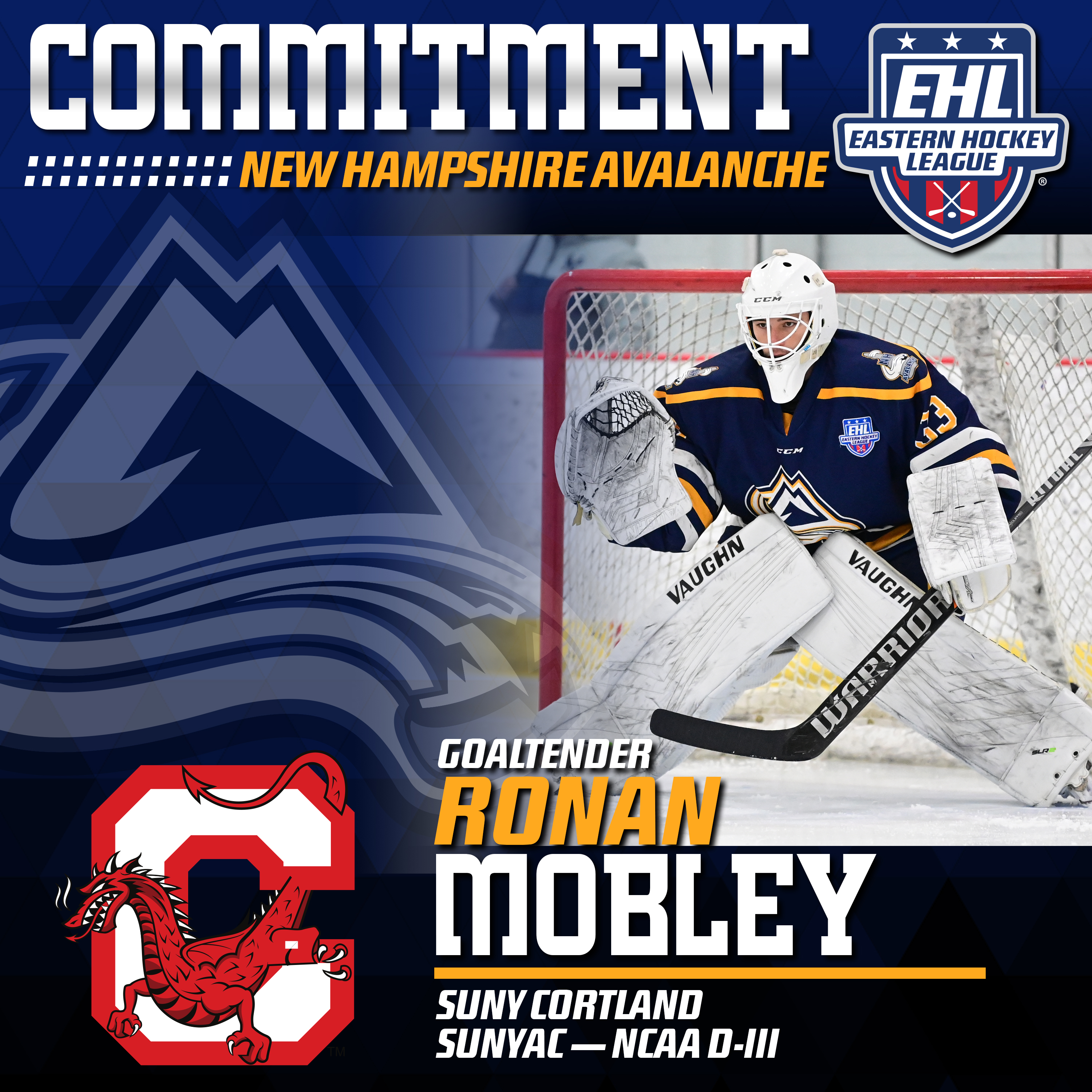