WORCESTER, MA -- Damon Dulac, a forward for the Railers Jr Hockey Club, has committed to Nichols College for the fall of 2022.

The '01 native of Canada recently finished his second and final season with the Railers, and over the course of 89 career games in the Eastern Hockey League (EHL), Dulac tallied 43 goals and 34 assists to his credit.

"It was unfortunate that we lost Damon in our first Frozen Finals game,” said Railers head coach Sean Bertoni. “Damon is a unique player. He is an offensive threat every time he touches the puck. He is a natural goal scorer who has learned to become a three-zone player. Damon is a tremendous young man and we are going to miss him. We are very happy that Damon is moving on to play at Nichols College.”

As Bertoni mentioned, Dulac saw his 2021-22 season cut short due to an injury in Worcester's first Frozen Finals game against the Philadelphia Little Flyers. However, prior to the injury, Dulac had posted 12 points in his team's first six postseason games, further solidifying this commitment.

“I was unable to make my official visit to Nichols due to a heavy game schedule and the beginning of our playoffs until recently,” said Dulac. “Nichols had been a school that I had been interested in for a long time. I had been looking for a small school away from a city environment. Finally, I was able to make my visit. I went on a tour of the school and it really fit my hopes in many ways. After talking with coach Parnell, I realized that Nichols might be exactly what I was looking for. He indicated they play a solid, offensive-minded game and they like players to be creative and make things happen on the ice.”

That mold fits Dulac's style of play to a 'T', and the veteran forward gives a lot of credit for his development to the Railers' program.

"They [Railers] taught me how to play with and without the puck in all three zones ,” added Dulac. “They were really helpful in helping me turn into a more complete player. You have to be a 200-foot player. It doesn’t matter if you score two goals in a game. If you are not a complete player out there, you can’t be trusted in all situations, you therefore offer so much less to your team.”

Dulac is the first EHL player from the 2021-22 season to choose the Bison, and overall, he's the 15th player in league history to commit to the Nichols hockey program.

Learn more about the Railers on the team's official website, and check out the full 2021-22 NCAA commitment list. 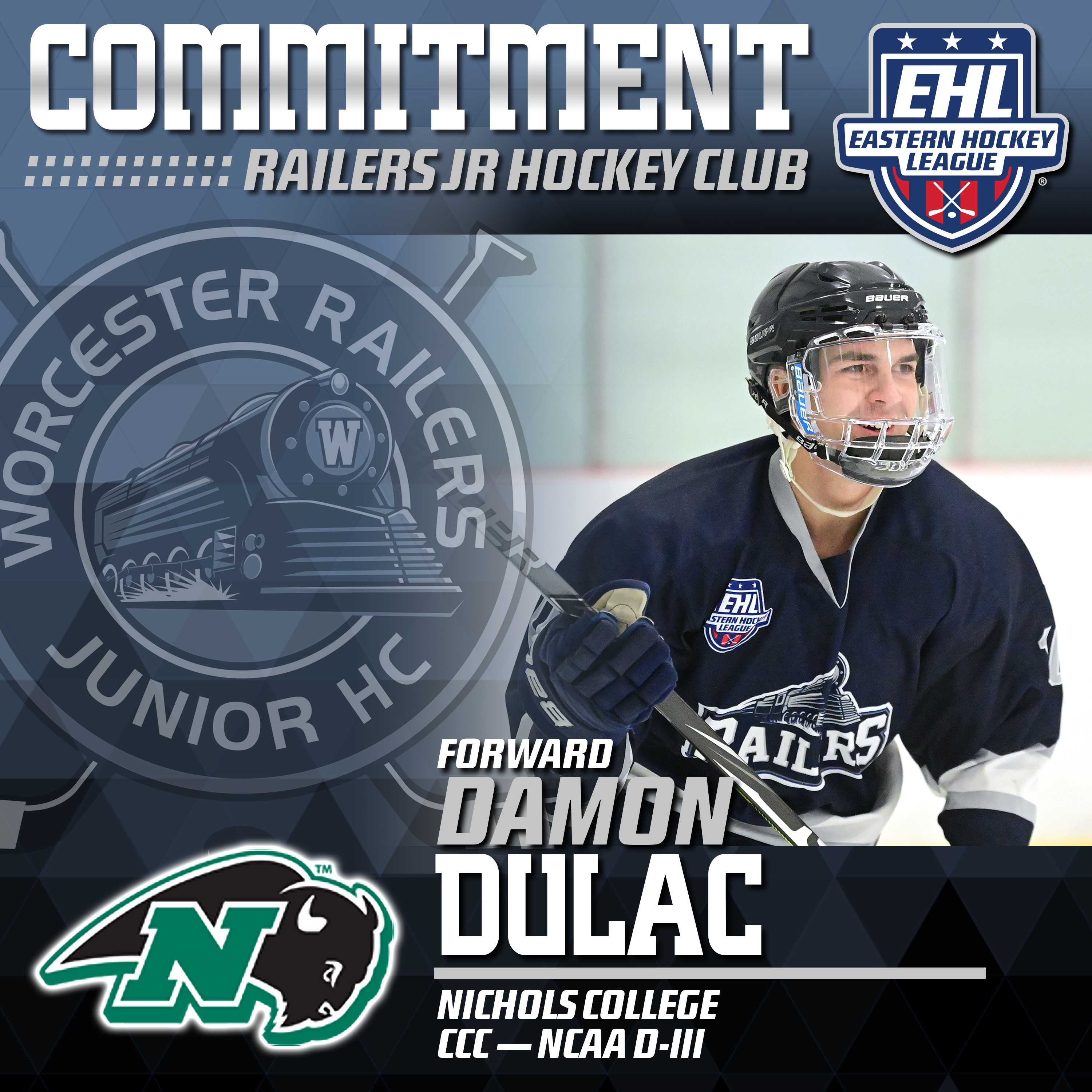