Trio of 87's Champions Set to Join Ravens this Fall

BOSTON, MA -- Payton Jones, Jeremy Connor, and Douglas McGuire, all members of the New Jersey 87's team that won the 2022 EHL Championship, have committed to Franklin Pierce University (FPU) for the fall of 2022.

McGuire, the final member of the group of future Ravens, is an '01 native of Elk Grove Village, IL, and he was acquired from the New Hampshire Avalanche part-way through the 2021-22 season. In total, McGuire racked up 12 points in 41 total games this past year.

"They are championship team members now, bringing not only their experience from the junior side, but now being on a team who won a junior hockey championship, and that can’t be said lightly," said 87's head coach and general manager Adam Houli. "I think it’s a tremendous get for Franklin Pierce to get each player in this group."

Overall, the EHL is sending four total players off to FPU this fall, as the trio of 87's will team up with Declan House from the New England Wolves when they arrive on campus.

“It's a huge honor to commit to FPU,” said Connor. “When I visited, it had a great atmosphere on campus and I had a great conversation with Coach [Shaun] Millerick who himself is a former goalie so it's a very unique situation that I'm super excited for. It's a program that has a chance to win every year and I'm excited to compete.”

Jones also dominated in his first two years with the EHLP team, recording 69 points in 77 total games. In the 2021-22 season, he recorded 26 points in 46 games, and that included an 11-game point streak to end the regular season. Jones was a big part of the 87’s championship run to secure its first EHL title.

Houli spoke about Connor and Jones’ path of development, going from the EHLP team to the EHL squad, and now to the NCAA ranks.

“Payton and Connor were two world-renowned 87’s for us during their four seasons here; two guys who believed in what we did, took the same path playing Premier for two years then the EHL for two years and get rewarded with a commitment," commented Houli. "It’s exactly why we do this, those two really epitomized this year, of our players who deserved to get rewarded for their hard work."

Houli also spoke about how the two commitments reflect on the EHLP program.

“The proof is in the pudding, it’s something we always talk about when we recruit at the Premier level," added Houli. "We have shown that a player can go from Premier to EHL and then get a college commitment. When you have that continuing pattern, it really validates what we do at the EHLP level and really what we envision for players when we recruit them."

When Connor reflected on his four years with the program, he spoke about some of his teammates and the coaching staff helping him get acclimated to junior hockey and succeeding in the EHL and EHLP.

“I came into the first year of EHLP not really knowing what to expect, but came into a cool situation where it was the first year of the EHL team and I had some good friends in Jack Lane, Zach Tarantino, and Trevor Cear on the team so they took me under their wing and helped me understand the junior hockey layout," added Connor. "Coach Houli and Coach [Matt] Kieran really put me in a position to succeed and develop my game and my role in the organization through those first couple years. Playing in the EHLP first, really set me up to succeed at the EHL level.”

As mentioned above, McGuire began this past season with the Avalanche, before heading south to join the 87's. Coming in midway through the season, McGuire further solidified the 87’s blue line and was an integral part of turning the team’s eight-game losing streak, into a 14-game winning streak.

“Dougie was a guy who was tremendous for us; I thought he was a turning point in our season when we had traded for him to bring him down to New Jersey,” Houli said of McGuire. “He really just gave us some more life on the back end and it was really great to see him play. He was one of our top shut-down defensemen, and I think Franklin Pierce is going to get a really good trio of 87’s.”

When McGuire spoke about his tenure with the 87’s, he said the most important thing was simply being in the lineup and given a chance to showcase his talents on the ice.

“I've been working towards this goal for a long time, so to receive this commitment is huge for me,” said McGuire. “My time in New Jersey was awesome. Coach Houli gave me an opportunity to play game in and game out, which was exactly what I needed as an age out player.”

Connor also spoke about the prospect of committing with two other teammates.

“Me and Payton became pretty close right away our first year playing Premier and even more so the second year. Dougie joined our team this past year at our low point and played a huge roll in us turning this year around to a championship-level team. We're all really looking forward to sticking together over these next four years at FPU," concluded Connor. 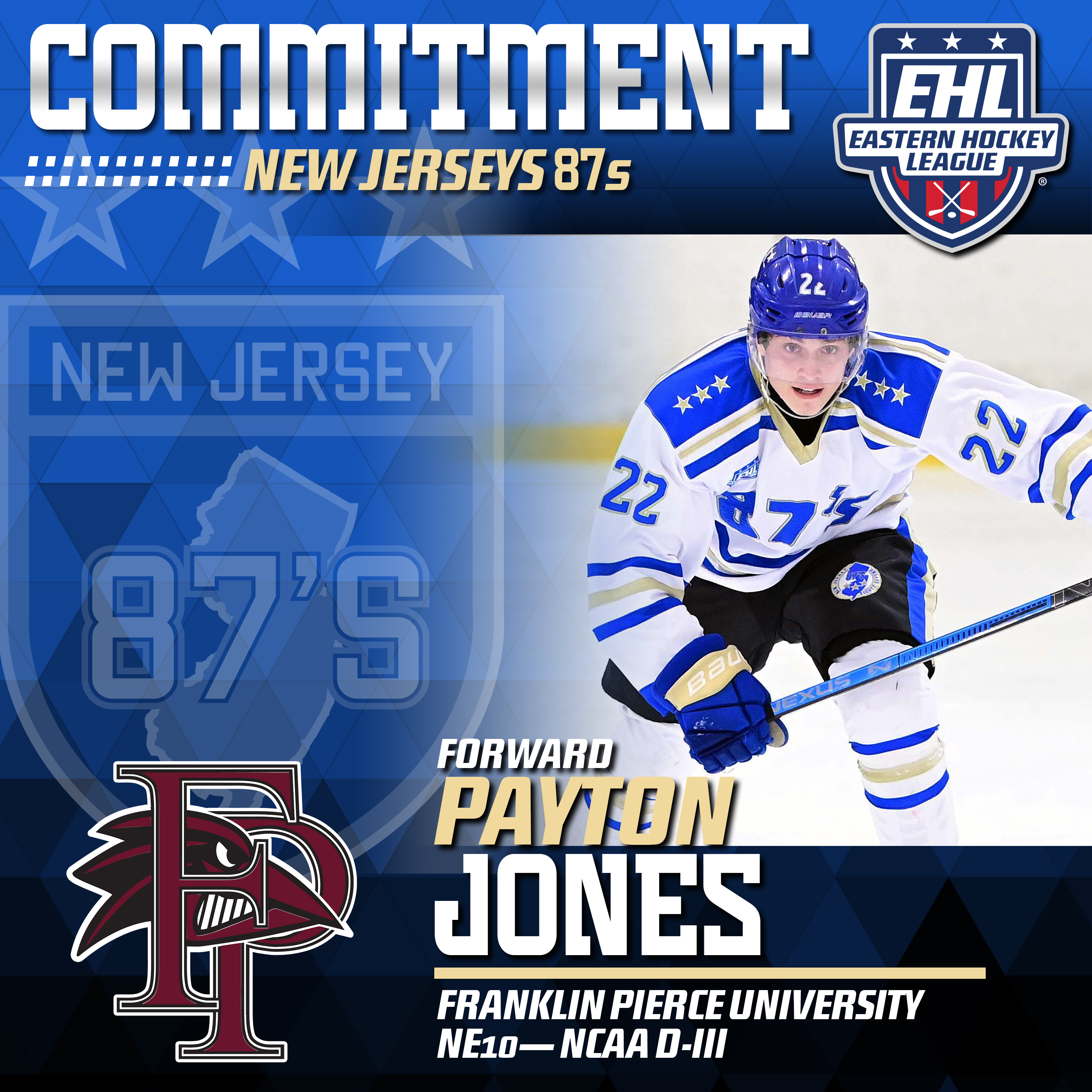 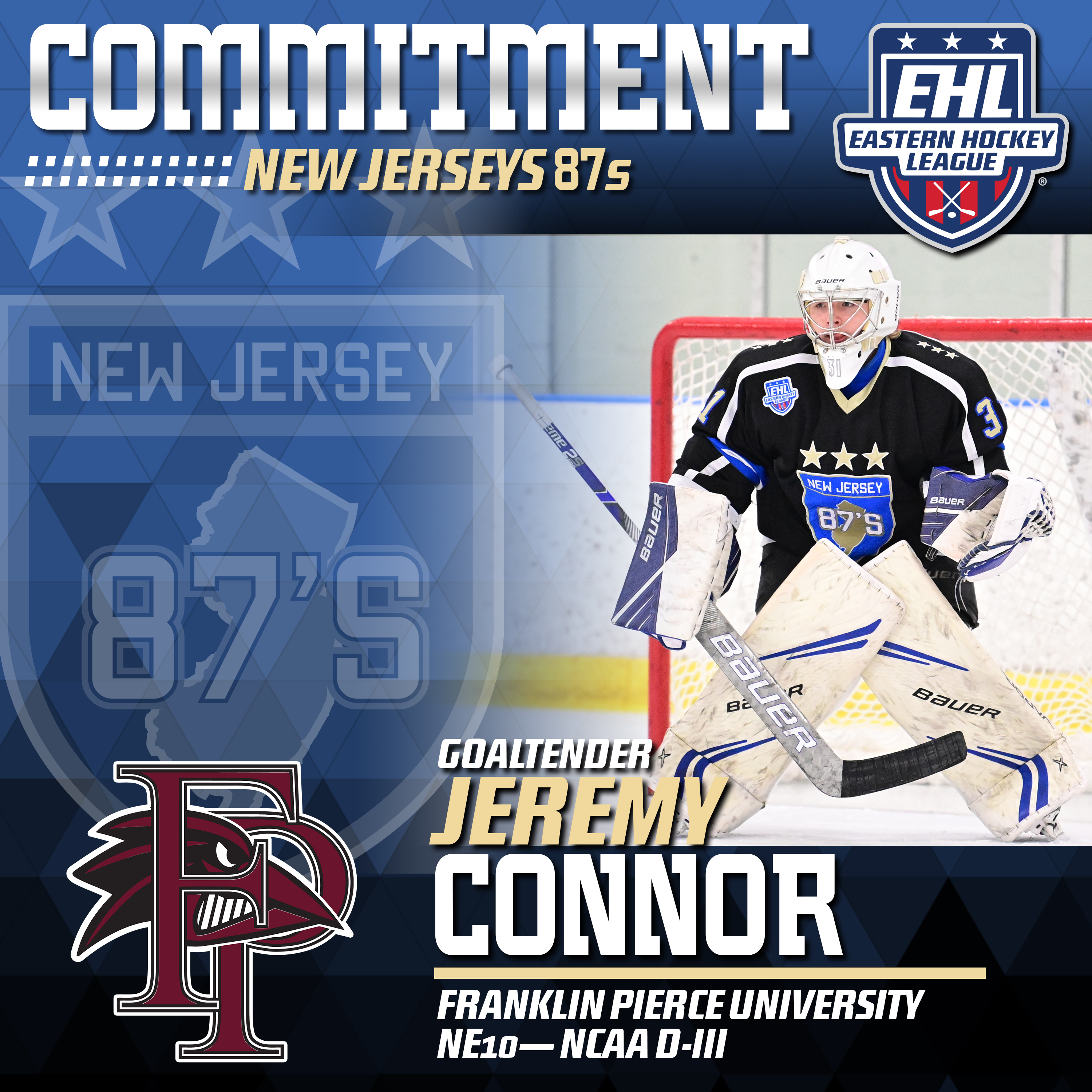 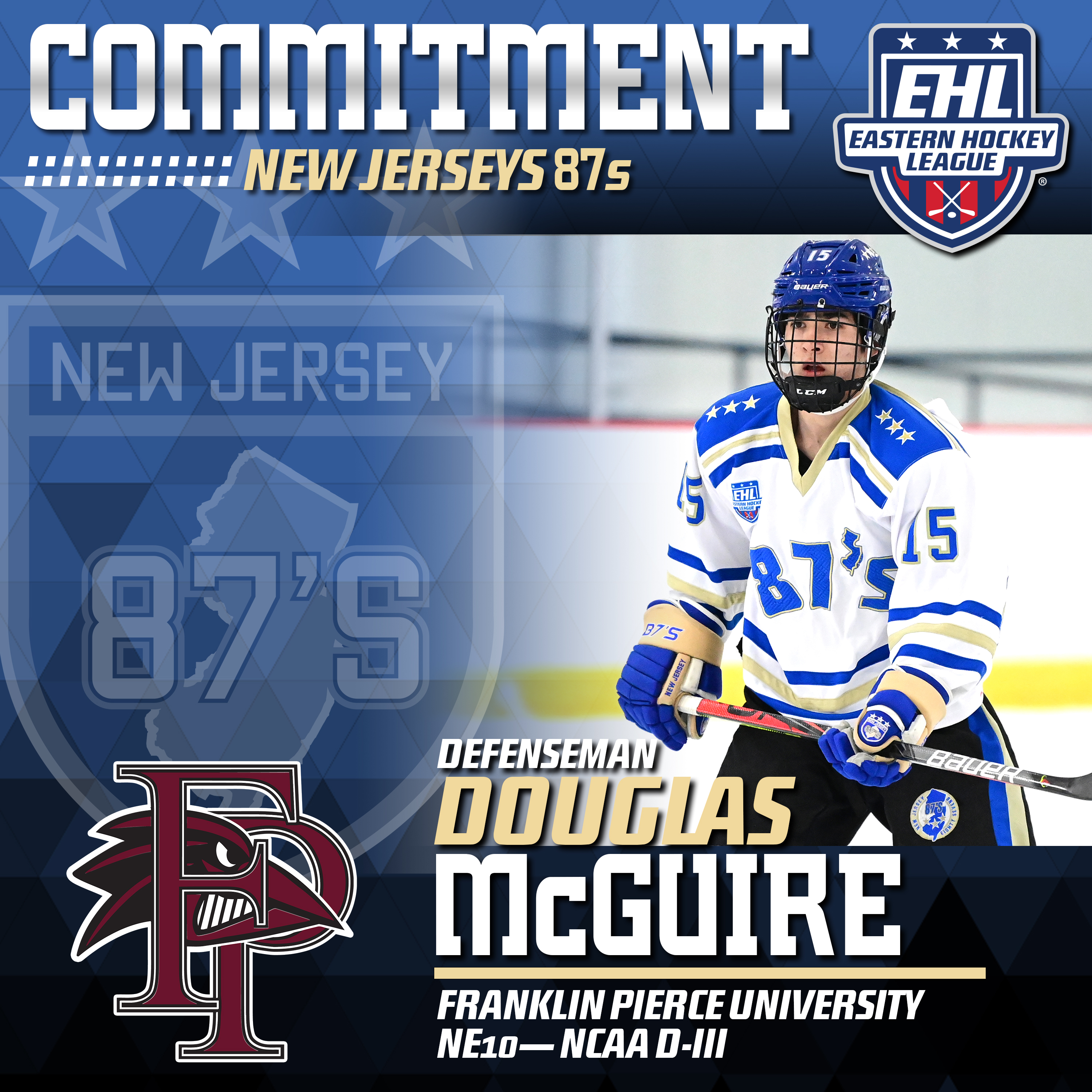