NORWALK, CT -- Jake Leale, a forward for the Connecticut RoughRiders, has committed to Saint Michael's College for the fall of 2022.

The '03 native of Suffern, NY recently finished his first and only season with the RoughRiders, and nearly played in every single game for his team this past year, missing just one Eastern Hockey League (EHL) regular season contest along the way.

Overall, combined between 45 regular season games plus a pair of postseason games, Leale posted 27 total points in his rookie campaign of junior hockey.

“Jake constantly thrives at finding open ice and keying up passing lanes for his linemates," said RoughRiders head coach and general manager Eric Lind. "While entering the zone with possession of the puck, he looks to pass the puck to someone else via a well-timed drop pass, for example, and then shift around or the boards to the slot to establish passing lanes or a shot on net. He can still rely on his stick-handling to move the puck as needed.”

Despite being just an '03, with not just one but two years of junior eligibility still remaining, Leale is ready and eager to make the jump right now to the NCAA ranks.

Leale is the 4th EHL player from the 2021-22 season to commit to the Purple Knights' program, and the 23rd player in league history to make this decision. Alongside his 2021-22 teammate Nico Giannetti, Leale will also team up with Ashton Allain of the Walpole Express and Matthew Tauriainen of the Valley Jr Warriors when he arrives on campus this fall.

Learn more about the RoughRiders on the team's official website, and check out the full 2021-22 NCAA commitment list. 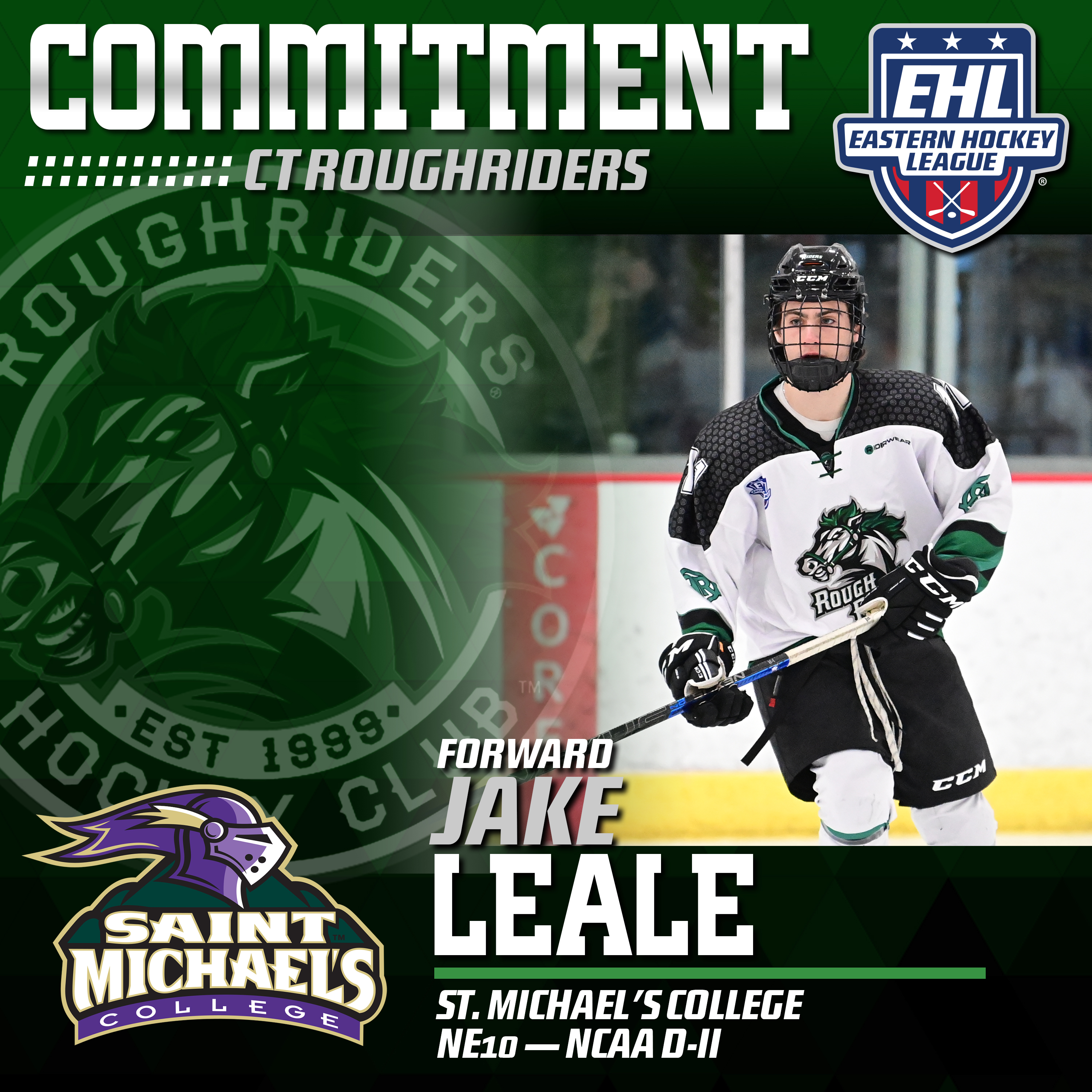