WORCESTER, MA -- Colin Roe, a forward for the Railers Jr Hockey Club, has committed to Westfield State University (WSU) for the fall of 2022.

The '01 native of Hyde Park, MA spent three seasons with the Railers program, starting off in the Eastern Hockey League Premier (EHLP) and working his way up to the Eastern Hockey League (EHL). Over the course of his junior hockey career, Roe tallied 42 points in 103 total games in the EHL, and an additional 47 points in 44 total games in the EHLP.

"Colin Roe is a Worcester Railer through and through,” said Railers head coach Sean Bertoni. “He was a three-year captain starting with the EHLP and his commitment to his teammates and the program were off the charts. It was great to see a player start with the EHLP and work his way to develop into a very good EHL player, and be one of the leaders of the Worcester Railers. Colin is one of the hardest working, toughest players I have ever coached. He will make a fine college player and we are pleased that he will be getting an education and living his dream of playing NCAA hockey at Westfield State.”

As Bertoni mentioned, throughout his development as a player, Roe also grew as a leader, turning into a captain for his team. There's strong belief throughout the organization, that he will continue along a similar path at the next level.

"Having coached at the high school level, the junior level, and as the head coach at Holy Cross and RPI, and then having worked in a scouting and development role in the NHL, a player of Colin Roe’s type is in very short supply,” said Railers general manager Mike Addesa. “He plays the game with very high energy. He is willing to play in the highest of traffic areas on the ice at all times. He is willing to be the lead forechecker. He is willing to be the hardest working back-checker. He is willing to play along the wall and throughout my entire career he is one of only three players that I have ever said ‘you hit too much.’ He is a very good skater who plays with a definite physicality, and while he is aggressive, he plays a very clean game. I can only think of one or two other players in my entire lengthy career that have been like Colin, wanting and willing to play with any kind of an injury. His willingness to do whatever it takes to help his teammates every day of every practice and every game. He is willing to give of himself on their behalf. He is an exceptional teammate. Colin has great character and he has been raised by two terrific parents. I am thrilled for Colin that he has found a fit that he is so excited about at Westfield Stare with his tremendous desire to give of himself, with students who have special needs, and that desire fits well to anybody who knows Colin Roe. His desire every day is to give of himself to others before giving to himself. I will be forever grateful to Colin and his family for their dedication and loyalty to our Railer program and I can wish him only the very best moving forward.”

The high praise from Bertoni and Addesa is truly appreciated by Roe, as he feels he would not be where he is today without the support and guidance of the two guys at the top of the Railers' program.

“Our GM [Mike Addesa] played a big part in my move to right wing,” said Roe. “In my first two years I played center and Coach Addesa thought I had more to offer our team offensively if I was willing to move to right wing. He and I spent a long time talking about the transition and I worked very hard in the off-season trying to become the best right wing I could be. Our coaching staff had me there in the first few days of training camp and it all clicked for me right away. Coach Bertoni also does a great job with the practices, Everything is high-tempo. Even as we transitioned from drill to drill, everything is fast. As a result, we were able to translate that into game situations.”

Learn more about the Railers on the team's official website, and check out the full 2021-22 NCAA commitment list. 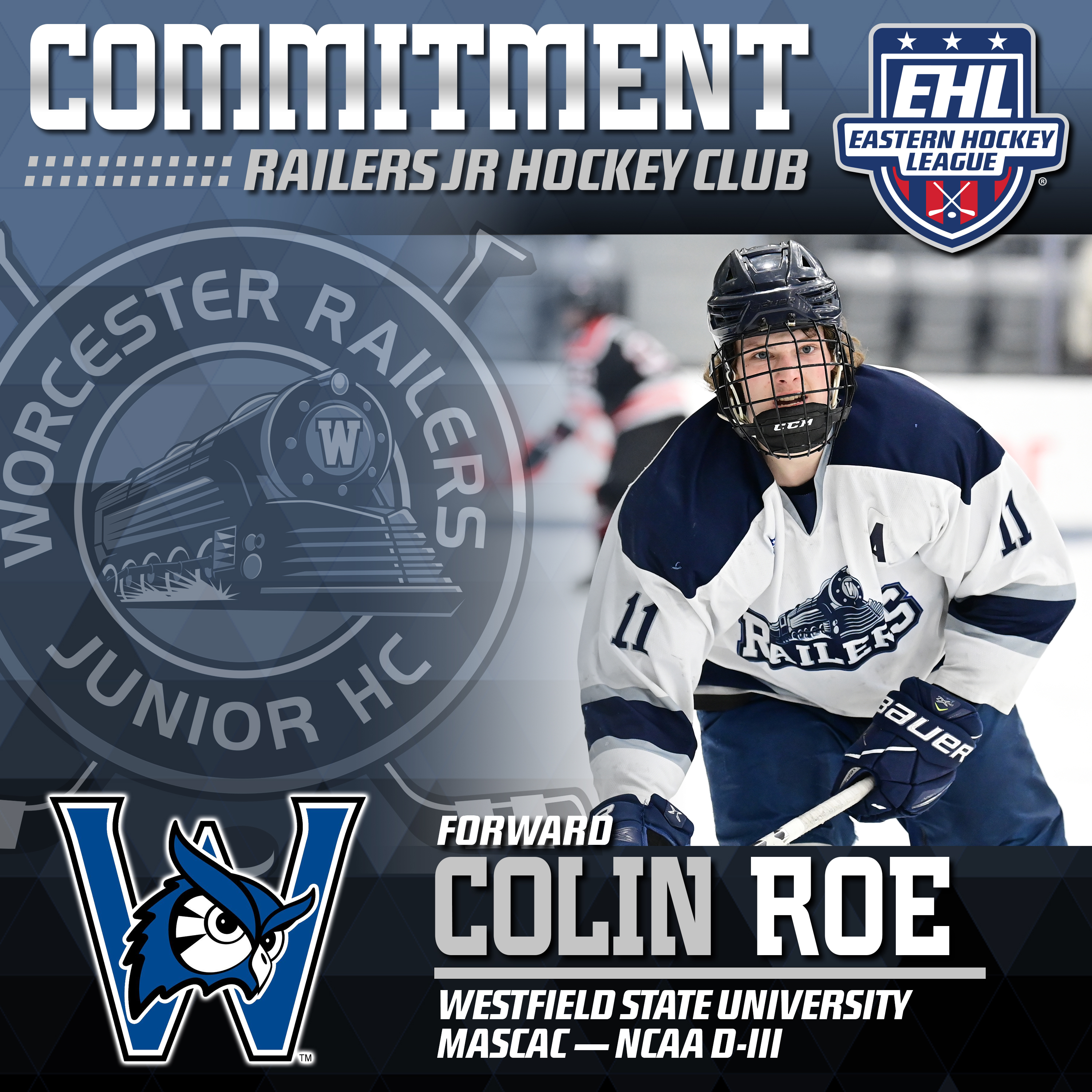