SOUTH DENNIS, MA -- Austin Pick, a forward for the Seahawks Hockey Club, has committed to Stonehill College for the fall of 2022.

The '01 native of Troutdale, OR spent two seasons with the Seahawks, serving as the team's captain this past year. Overall, in 88 career games in the Eastern Hockey League (EHL), Pick scored 27 total goals to go along with 35 assists.

"Congratulations to our Captain, Austin Pick, on his commitment to Stonehill College," said Seahawks head coach and general manager Bill Zaniboni. "Austin led by example these past 2 seasons, and we are beyond excited for him and his family."

Pick adds his name to the list of incoming freshmen at Stonehill, which includes five other players from around the EHL. This fall, the Seahawks' All-Star Captain will join up with Ryan Davies from the Valley Jr Warriors, Cameron Collins and Jack Shemligian from the East Coast Wizards, and Mike Martignetti and Matt Pimental from the Railers Jr Hockey Club.

"I am so grateful for everything that has happened for me in the past 2 years," said Pick. "Playing on the Cape for Coach Zaniboni has been an honor and has made me a better person, both on and off the ice. I'm excited to get the opportunity to play at Stonehill where I will be challenged academically as well as athletically. I know that everything I've gone through with the Seahawks the past 2 years has prepared me to become a successful student-athlete and I can't wait to get started this fall."

Learn more about the Seahawks on the team's official website, and check out the full 2021-22 NCAA commitment list. 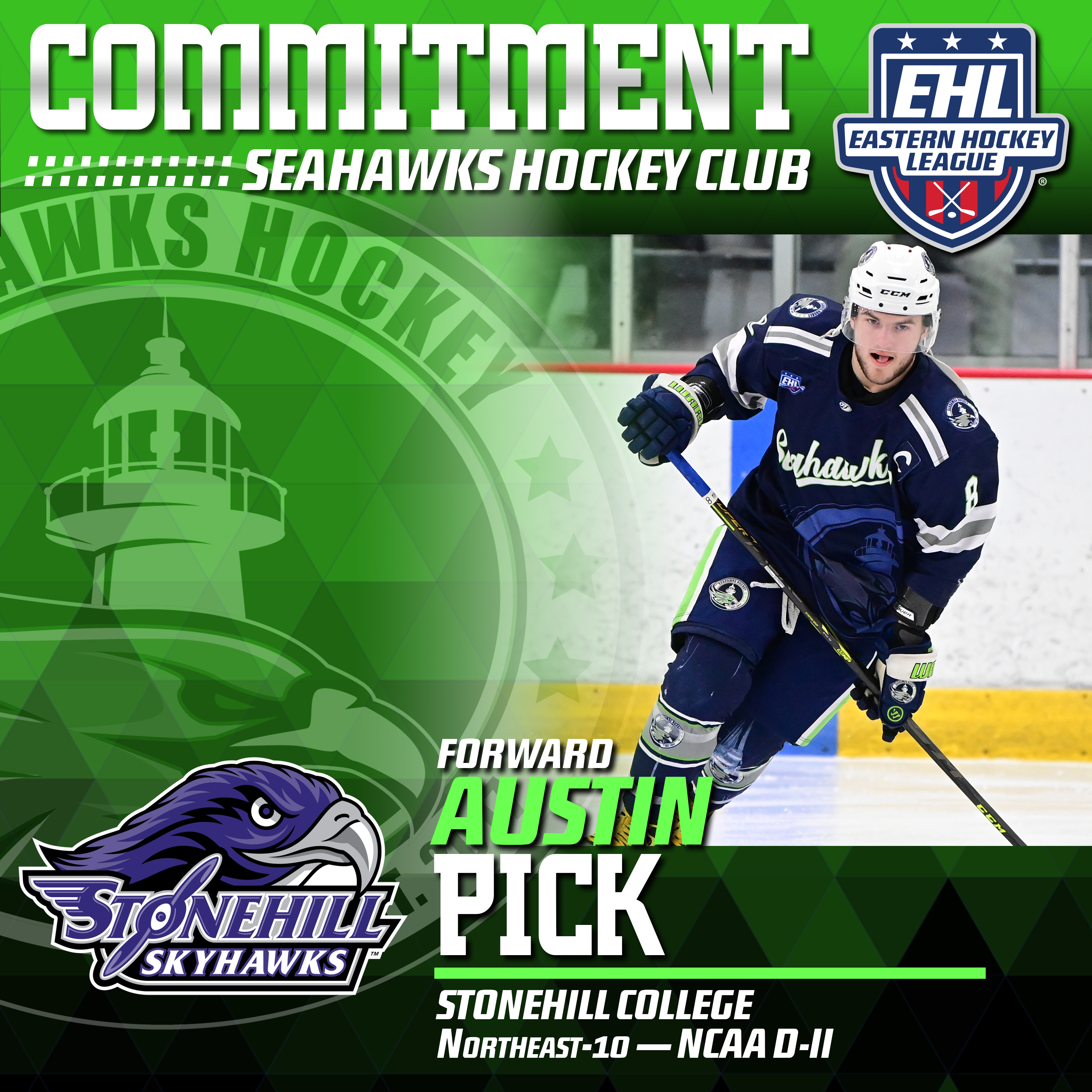