HOOKSETT, NH -- Brendan Schmidt, a defenseman for the New Hampshire Avalanche, has committed to Nichols College for the second half of the 2022-23 season.

"I am very happy for Brendan," said Avalanche head coach and general manager Chris Cerrella. "He did all the right things and trusted the process. He played EHLP and EHL and now he’s off to play college hockey. We will miss him, but we will also be excited to follow him in the second half for Nichols. The Bison are getting a good hockey player and an even better young man."

Schmidt's age-out campaign quickly began with recognition from around the league, as he was part of the group of players that was chosen to represent the Avalanche at the 2022 EHL All-Star Classic. His participation in that event further solidified the interest that Nichols had in him, to bring the defenseman in for the final stretch of the season.

"I am excited to announce my commitment to Nichols College," said Schmidt. "I want to thank my family, friends, and the Avalanche hockey program for helping over the past 2 and a half years. I am excited for what the future holds with the Bison."

Schmidt leaves the Avalanche having played 93 career games combined between the EHL and the EHLP, tallying 43 total points along the way. The 21-4-2 Avalanche return to action next without Schmidt on Tuesday, January 10th against the Seacoast Spartans.

Learn more about the Avalanche on the team's official website, and check out the full 2022-23 NCAA commitment list. 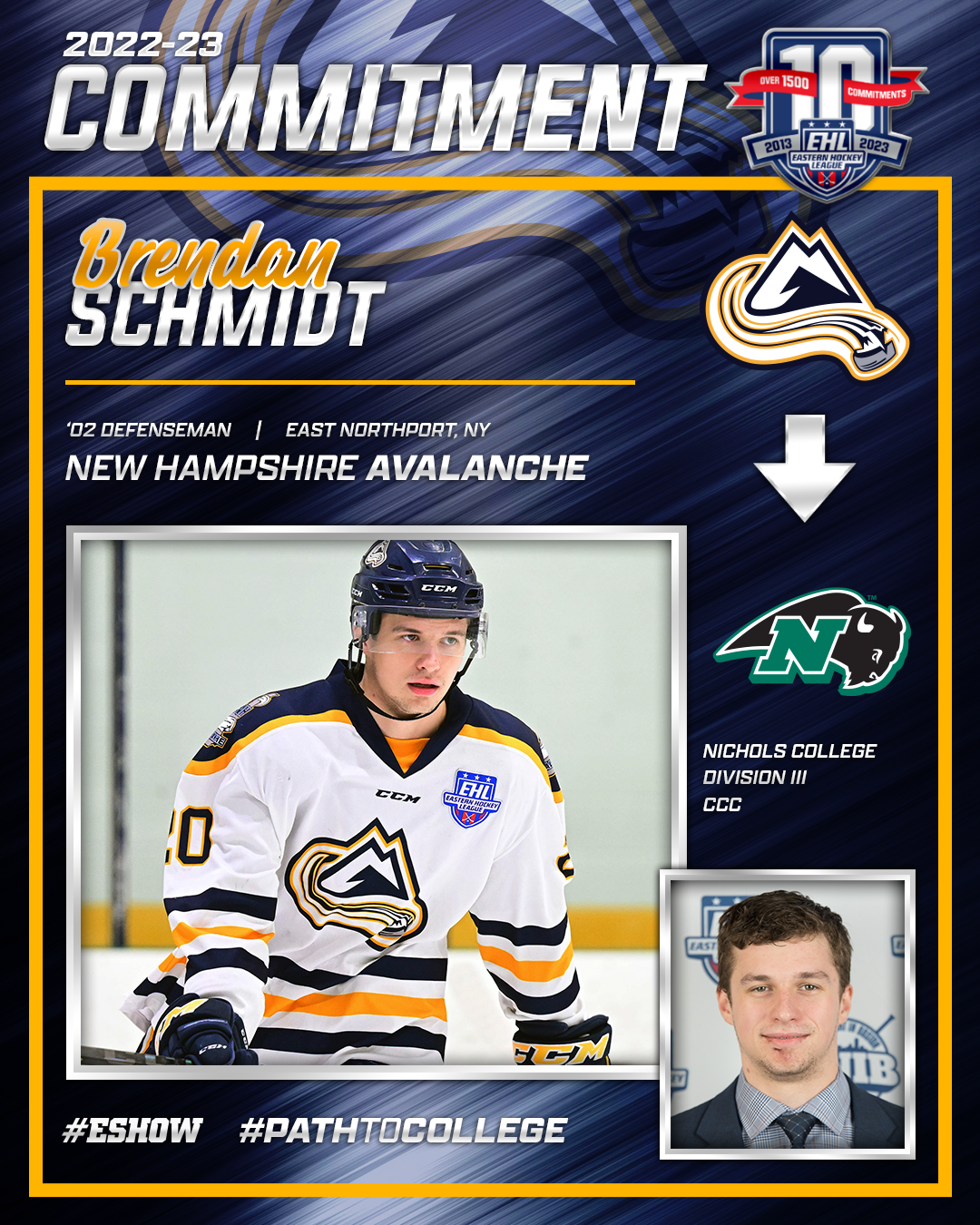