BEDFORD, MA -- Jack Riley, a defenseman for the East Coast Wizards, has committed to Manhattanville College for the fall of 2023.

The '02 native of Winchester, MA chose the Wizards for his final season of junior hockey, and through 17 total Eastern Hockey League (EHL) games to date, Riley has tallied eight points to his credit.

"We couldn't be happier for Jack," said Wizards head coach and general manager Kory Falite. "He has put a ton of time into his development, both on and off the ice, and we're excited for his opportunity because of it. Being a dual-sport athlete truly shows his athleticism and we can't wait to see him excel in both hockey and lacrosse at the next level."

As Falite mentioned, Riley is heading off to Manhattanville to play not one, but two sports next year, as he will hit the ice for the hockey team and the field for the school's lacrosse team.

Overall, Riley is the 21st player in league history to commit to Manhattanville, and with his decision, the EHL has now sent the Valiants at least one player per year since the league was formed back in 2013.

"I am so thankful for my coaches, and for their endless support this season," said Riley. "I have come so far as a man on and off the ice with the help of them and I can't wait to bring this work ethic to Manhattanville. I would also like to thank my family and all of my unbelievable Wizards teammates for their endless support this year. I can't wait to play the rest of the season with the best group of guys around me."

Riley and the Wizards are right in the thick of things in the East Division standings, as they get set for a big upcoming week with five games spread out over the next eight days.

Learn more about the Wizards on the team's official website, and check out the full 2022-23 NCAA commitment list. 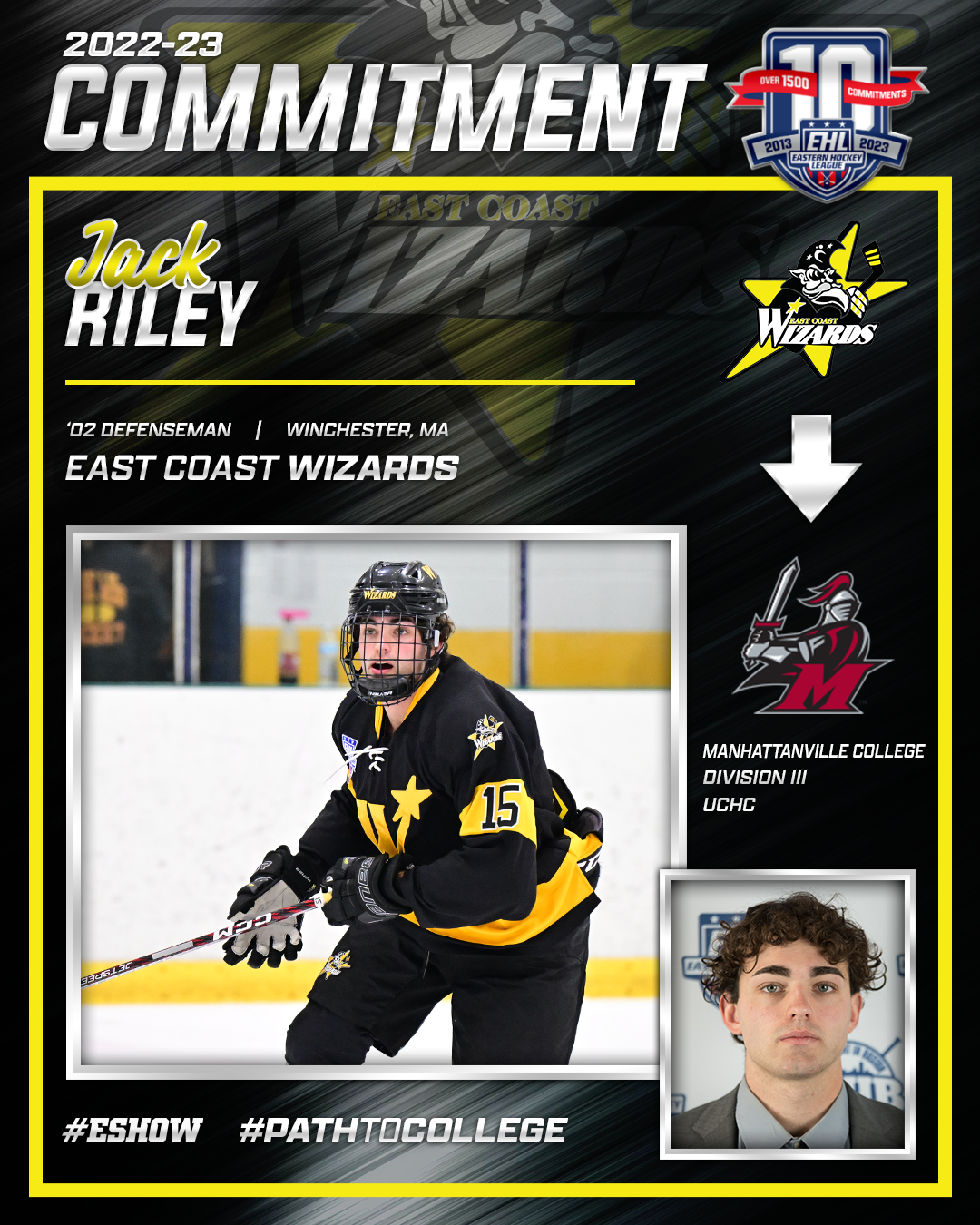