SOUTH DENNIS, MA -- Ben Baxter, a forward for the Seahawks Hockey Club, has committed to Saint Michael's College (SMC) for the fall of 2023.

The '02 native of Hyannis, MA is in his second season with the Seahawks, and over the course of 70 career games in the Eastern Hockey League (EHL), Baxter has tallied an even 12 goals and 12 assists to his credit.

"Having Ben play for us the past 2 seasons is what this program is all about," said Seahawks head coach and general manager Bill Zaniboni. "Ben grew up playing hockey on Cape, he did leave for a 'PG' season at Proctor, but came back to his roots and it's paid off for him. Ben is a great kid and comes from a great family and we are excited for them to continue on the journey."

As Zaniboni mentioned, Baxter is a great example of a local player reaching his end goal through the Seahawks program. Overall, Baxter is the 26th player in league history to choose the Purple Knights program, and he extends the streak out to at least one SMC commit per year for the past seven seasons.

"Having a chance to play junior hockey on Cape Cod and play for the Seahawks is something that I am very grateful for," said Baxter. "I want to thank my parents for giving me this opportunity to play junior hockey for the past two seasons with the Seahawks. They have always supported me throughout my years of playing hockey.  Also, I would like to thank Coach Zaniboni and Coach [Mike] Richard for their help over the past two years, they pushed me every day to become a better hockey player and person. I am beyond excited about my commitment to Saint Michael's College. When I stepped on campus it seemed like the best fit for me, and with the great location and strong hockey program I could not be more excited for the next four years."

Baxter and the Seahawks are battling towards the top of the East Division standings, with showcase matchups coming up this weekend against the Philadelphia Little Flyers on Sunday and the Protec Jr. Ducks on Monday.

Learn more about the Seahawks on the team's official website, and check out the full 2022-23 NCAA commitment list. 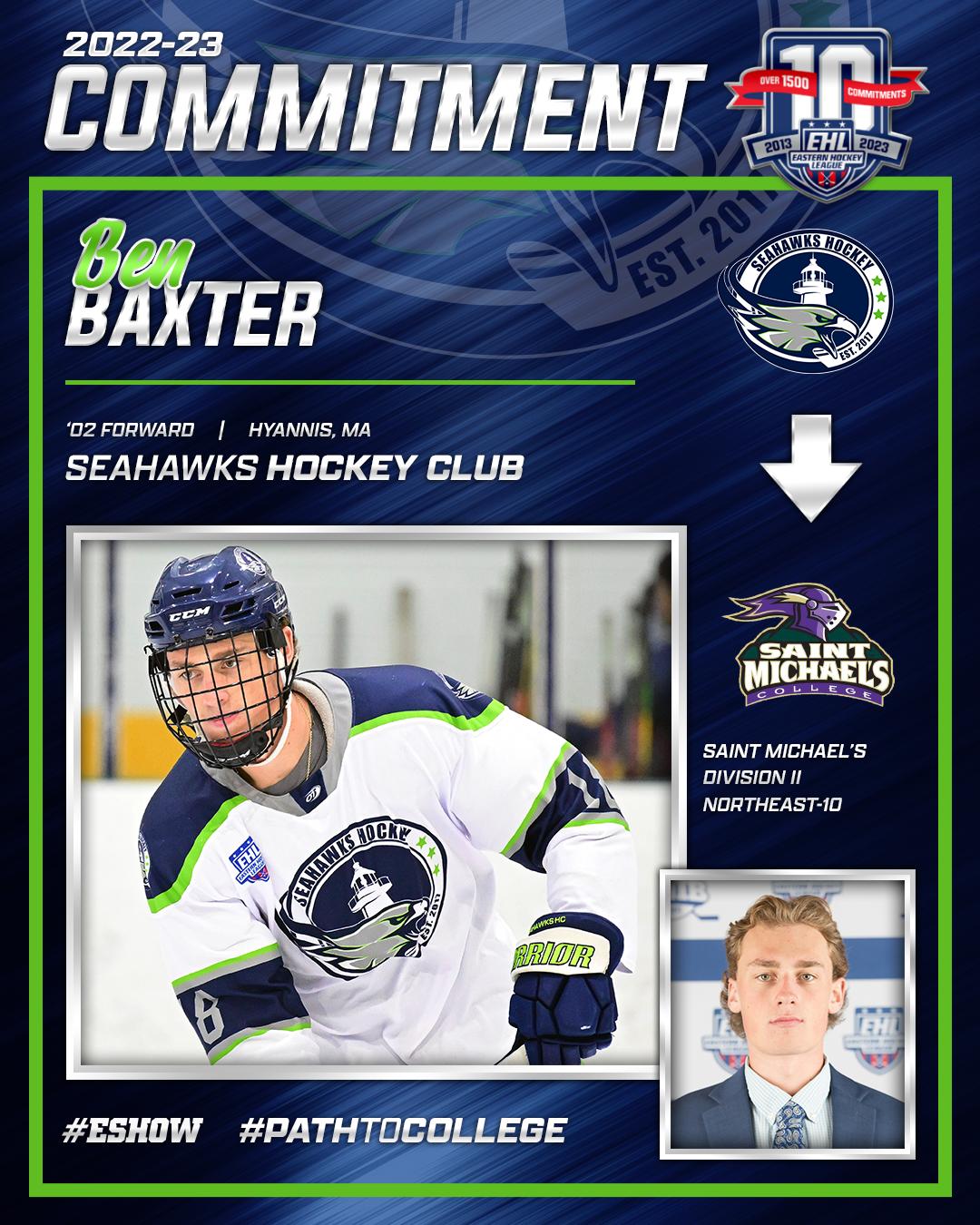