LACONIA, NH -- Max Kent, a defenseman for the New England Wolves, has committed to Southern New Hampshire University for the Fall of 2017. Kent was a 3-year member of the Wolves. The '96 played for the Independent team his first season (2014-2015) and then spent two years with the Premier team (2015-2017). In his three seasons in the organization, Kent tallied 38 points in 139 total games.

“Max is a great player with the size and skill set to succeed at the college level," said Wolves head coach Brett Tryder. "I am excited that he reached his goal and I am looking forward to seeing him play next year.”

With Kent's commitment, the Wolves have now sent a new player to SNHU each season since joining the Eastern Hockey League back in 2014.

Read the full commitment story on the official website of the New England Wolves, and check out the full list of 2017 NCAA Commitments. 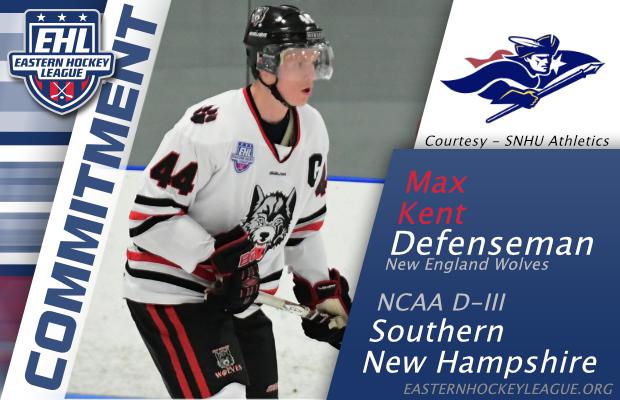