MIDDLETOWN, NJ -- Trent Shanley, a forward for the New Jersey 87s, has committed to Fitchburg State for the fall of 2019.

The '98 native of Hillsdale, NJ is in his first season in the Eastern Hockey League (EHL), and to date, he's notched 18 total points to his name.

"It was a school he had targeted at the beginning of the year, and we told him it would take a lot of work and development to get there, but if he trusted our process and put in the work he would get noticed," said 87s head coach and general manager Adam Houli. "It took a couple of weeks, but he's been playing really well and did a great job in our most recent showcase, and it ultimately solidified their commitment to Trent for 2019-20 season."

As Houli mentioned, Stanley got off to a little bit of a slow, with just a trio of points in his first six games. Since then however, Shanley has been played with tremendous consistency for the 87s, and he's proven to be a clutch scorer for this team. Heading into 2019, Shanley already has four game-winning goals so far this season, which ranks him tied for 2nd in that category amongst all active skaters in the EHL.

"Fitchburg State is a great school and I couldn’t be more excited to join their organization next fall," said Shanley. "I want to thank Coach Fuller and Coach Patty for giving me this opportunity. I would also like to thank the 87’s organization, Coach Houli, Coach Kiernan, and Coach Friedman for believing in me, and helping develop me as a player and a person. Lastly I want to say thank you to my teammates for pushing me to be my very best."

Coming out of the break, New Jersey will begin the 2nd half as the #2 seed in the Mid-Atlantic Conference, with a record of 22-5-0. The schedule is tough throughout the rest of the year, starting back up again with a pair of matchups against the East Coast Wizards on January 4th and 5th. 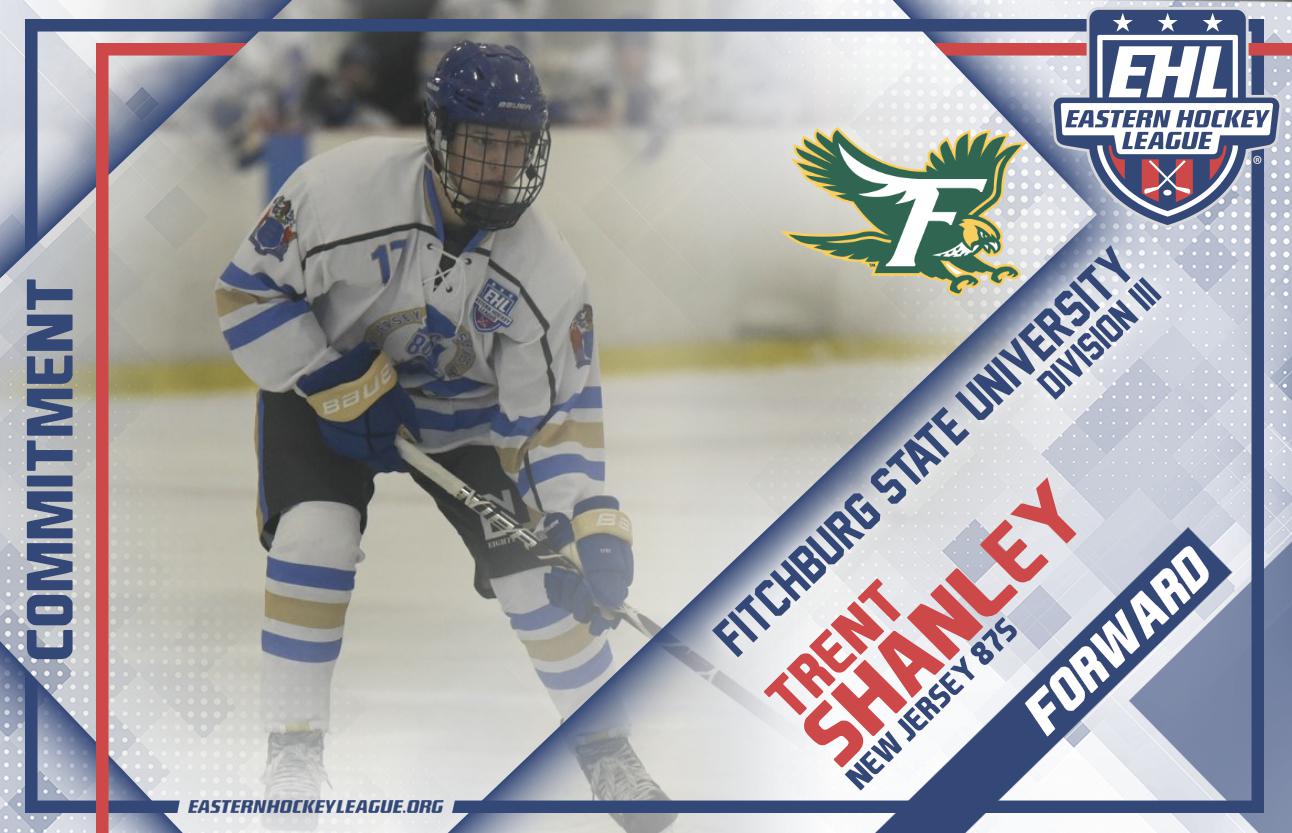