NORWALK, CT -- Blake Halfpenny, a defenseman for the Connecticut RoughRiders, has committed to Chatham University for the fall of 2019.

The '98 native of Eagle River, AK is in his second season with the RoughRiders, and to date, he's tallied 32 points in 81 career EHL games.

“Halfpenny is a solid two-way defenseman for us with a tremendous day-to-day work ethic," said RoughRiders head coach and general manager Eric Lind. "He has a high compete level and moves the puck well up the ice. He has also been leader both on and off the ice.”

After tallying 15 points throughout the entire 2017-18 campaign, the veteran defenseman has already set new career highs this year. Halfpenny is the first RoughRiders' commit of the season, and the 8th player in EHL history to decide on Chatham University.

Looking ahead, the RoughRiders would be the 5th seed in the New England Conference if the playoffs started today. Connecticut has 16 games left to try and improve on their position, starting with matchups against the Philadelphia Little Flyers and the Philadelphia Jr. Flyers at this weekend's showcase. 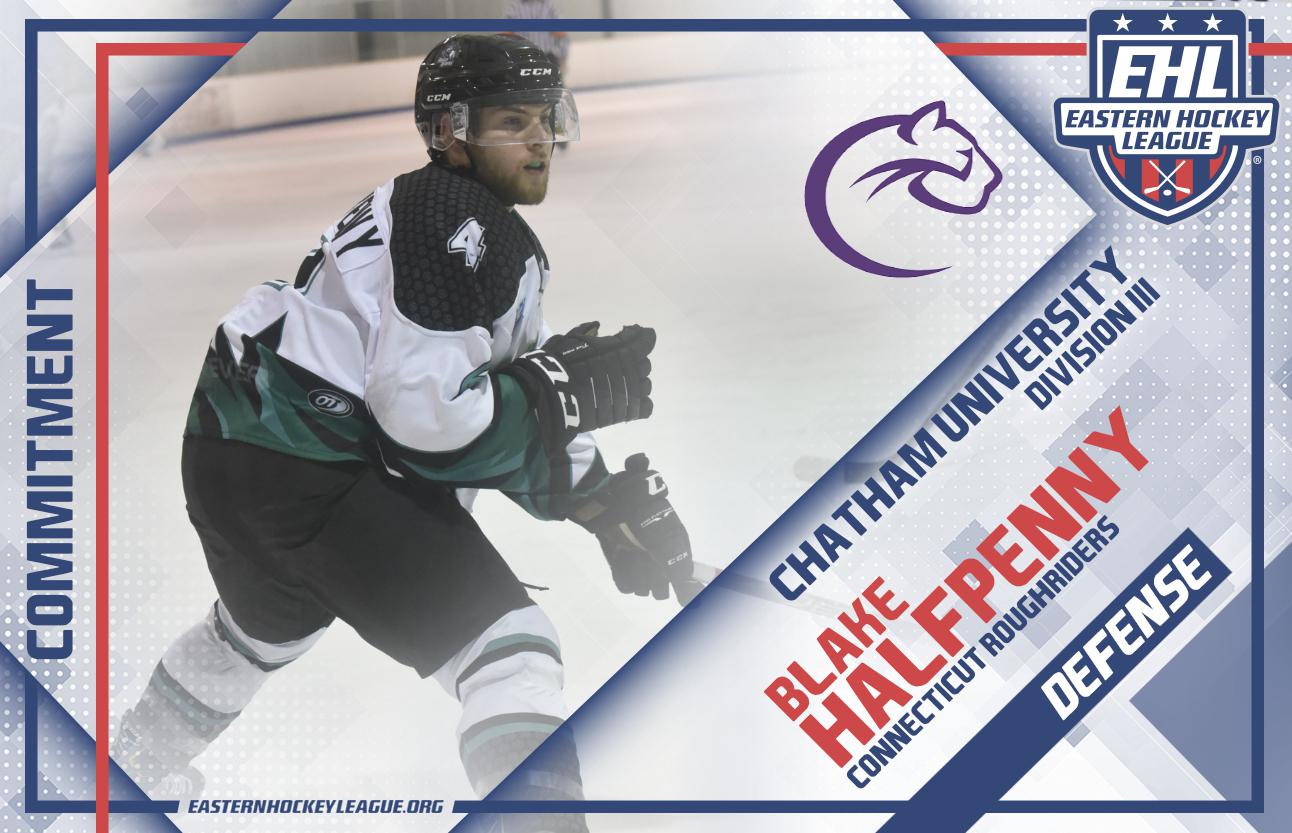