HOOKSETT, NH -- Matt Kassab, a forward for the New Hampshire Avalanche, has committed to Lebanon Valley College (LVC) for the fall of 2019.

The '98 native of Stafford, VA is the captain of the Avalanche this season, and to date, he's tallied 45 total points in 64 career games in the Eastern Hockey League (EHL).

"Matt plays a heavy game, and he is a big and strong young man," said Avalanche head coach and general manager Chris Cerrella. "I have used him in all situations over the last two seasons and he will be really depended on down the stretch and into the playoffs. He has the ability to be very effective at the next level and Coach Parsons and I talked a lot about what he brings to the table as a freshman. I believe he is going to have a very successful college hockey career. Lebanon Valley is very lucky to have Matt in their locker room and in their community. I am very happy for the Kassab family and wish them nothing but the best."

As Cerrella mentioned, Kassab is in his second season with the Avalanche, after playing a key role on last year's team that made it a first year, first title season for New Hampshire. Prior to his first season with the Avalanche, Kassab spent a year developing at the Eastern Hockey League Premier (EHLP) level. With the Boston Bandits at the time, Kassab tallied 62 points during his 2016-17 season in the EHLP. The big forward has only improved since then, and he's very thankful for Chris Cerrella and the New Hampshire Avalanche.

"I am very excited to be joining the Lebanon Valley College community and the Flying Dutchmen," said Kassab. "I have finally earned the opportunity to play college hockey and I am very thankful for the opportunity that Coach Parsons has offered to me. I would like to thank Coach Cerrella and the entire New Hampshire Avalanche hockey program for everything they have done for me over the last two seasons. I want to thank my teammates for believing in me as a player and as a Captain. I want to send a special thanks to my family, as without your constant support throughout my hockey career, this would have never happened.  I am excited to help the Avalanche defend the EHL title and I am excited about the future."

When Kassab arrives at LVC, he'll enjoy the comfort of already knowing one of his teammates. Nick Sorgio was a member of the 2017-18 championship team in New Hampshire, and the talented goaltender made his commitment to the Dutchmen around this time last year. This makes Kassab the 2nd player in Avalanche history to commit to LVC, and the 12th player in EHL history to make this decision. 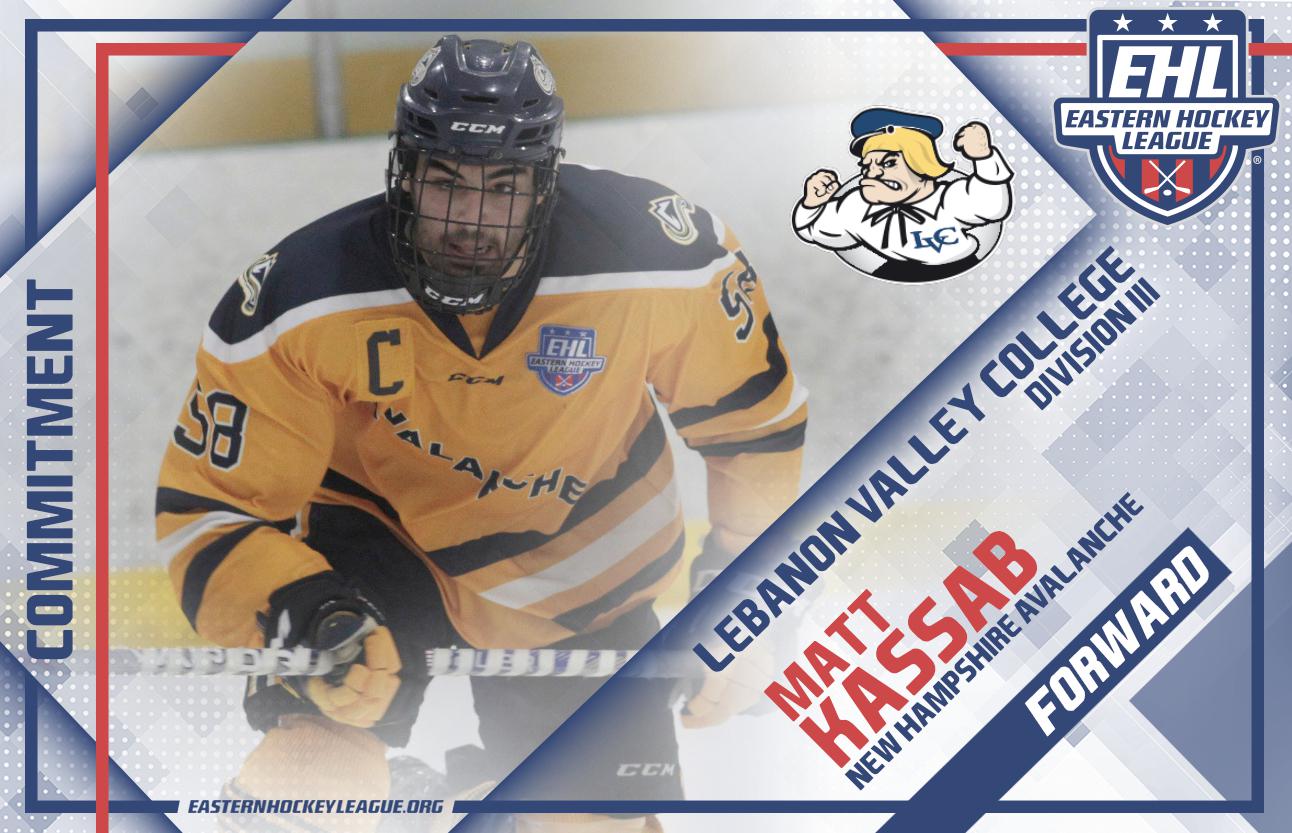