WARMINSTER, PA -- Hunter Canestra, a forward for the Philadelphia Revolution, has committed to Lebanon Valley College (LVC) for the fall of 2019.

The '99 native of Boyertown, PA is in his first season with the Revolution, and to date, he's tallied 29 points (14 goals, 15 assists) in 30 career games in the Eastern Hockey League (EHL).

"Hunter's ability to score and use his size makes him a difficult matchup for any defenseman in our league," said Revolution general manager Chris Kanaly. "He will bring the same style of game to the collegiate level. We are extremely happy for him to have made his decision to attend LVC.”

While this season is Canestra's first full year in the EHL, the skilled forward did play two games for the Philadelphia Jr. Flyers back in the 2015-16 campaign. Canestra was a midget player at the time, and he's continued to develop over the years. That progression of development hit a new level this season, and Canestra is very grateful for everything that the Revolution organization did for him.

“When you come to a new organization, you never know what to expect," said Canestra. "Everyone, from ownership to the players, made the transition easy. I want to thank Mr. and Mrs. Pulley for their commitment to the program and junior hockey, to [GM] Chris Kanaly for taking the time to speak with me and my parents in the summer, and to Coach Rogger for all of his support so far this season.”

Canestra went on to talk about how playing in the EHL was the key towards this big moment in his career, and how he can't wait to continue on at the next level.

"The EHL helps you get exposure to the college scouts," added Canestra. "There are always scouts in attendance at the showcases, and in my case, I was seen at a rivalry game. They are everywhere. The biggest factors in making my decision to LVC were the high level academics of the school, that it was close to home, and that they have done a great job reviving the program with changes to the facility and locker room.”

Learn more about the Philadelphia Revolution on the team's official website, and check out the full 2018-19 NCAA commitment list. 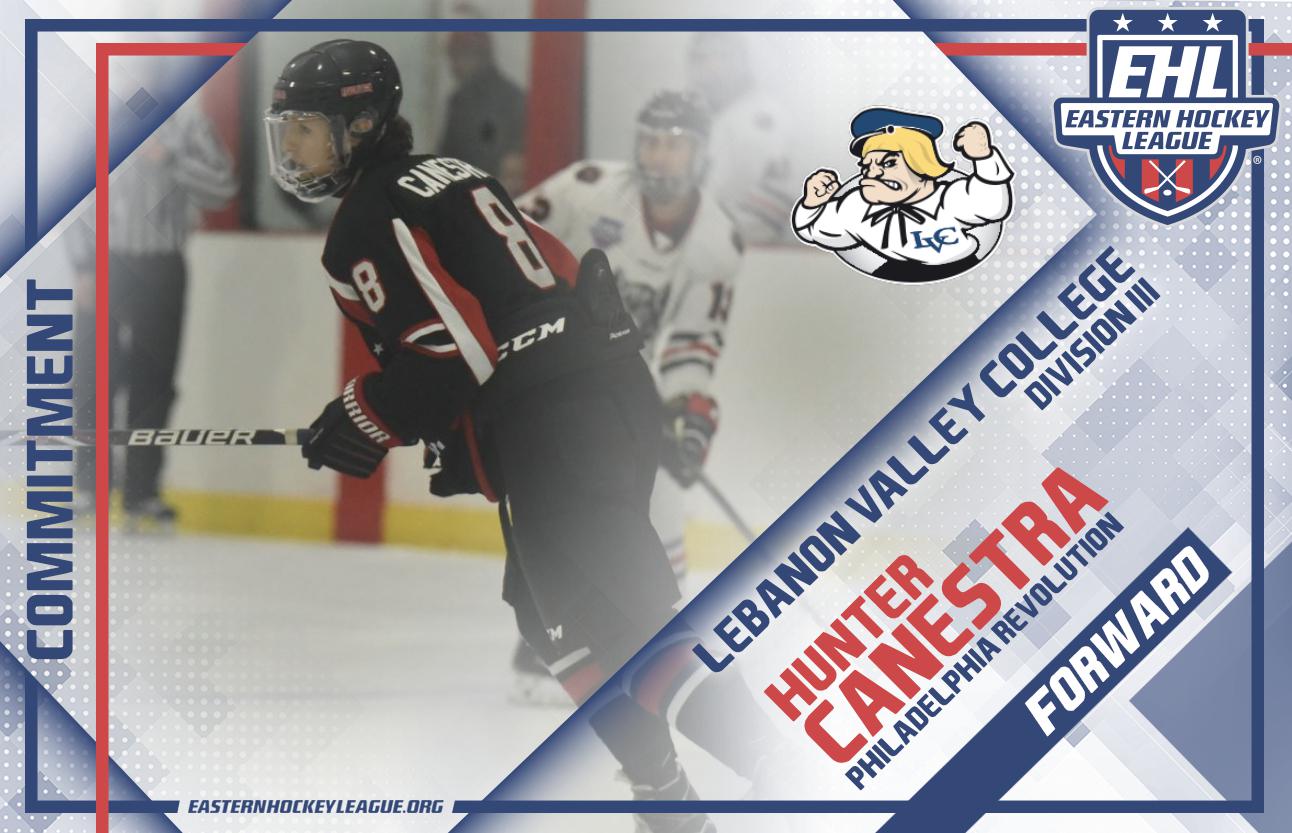