ASTON, PA -- Bryce Witman, a forward for the Philadelphia Little Flyers, has committed to SUNY Fredonia for the fall of 2019.

The '98 native of Reading, PA just joined the Little Flyers earlier this month, and through three games, Witman has notched a goal and eight assists. After spending three full seasons with the Philadelphia Revolution, Witman began this year with the New Jersey Titans of the North American Hockey League (NAHL). Overall, Witman is excited to be back in the Eastern Hockey League (EHL), and is looking forward to finishing the year close to home.

"We are all really happy for Bryce," said Little Flyers head coach and general manager Mark Catron. "He came to us pretty much committed; I know he had been interested in Fredonia for a while, and they committed him as soon as he got here. What he means to our team, he is a big kid that can really shoot the puck, create and carry the puck through all zones. We’ve seen him for the last few years in this league, and he’s always been a solid player, it’s great to have him on our team this year. He did a lot of damage to us last season; he’s such a good all-around player with good size. I know he is going to do really well in college and have a great career at Fredonia."

As Catron mentioned, the Little Flyers are very happy to now have the talented scorer on their side. To date, Witman has tallied 142 points during his regular season career in the EHL. That ranks Witman third on the all-time scoring charts in terms of total points, but when you highlight just goals, the veteran forward has found the back of the net 73 times, the most of any player in league history. Witman took some time to give his thanks, and show gratitude to everyone that helped him along the way.

"I want to thank my parents for all the long car rides, early mornings, and money spent," said Witman. "I’d like to thank all my coaches who have helped me along the way, including Mark Catron and Mike Narrigan. Thank you to the Giacobbo family and the Little Flyers organization for all the years of squirts through midgets, and also taking me in so late in this current season. Finally, I’d like to thank my teammates that have been by my side every step of the way. I am very excited to be a Blue Devil this fall. Thank you to Coach Meredith for giving me the opportunity to continue my academic and hockey career at an amazing school."

Witman and the Little Flyers are heading south this weekend for a pair of games against the North Carolina Golden Bears. If Philadelphia takes care of business in both of their matchups, they will be crowned regular season champions of the EHL for the fourth time. 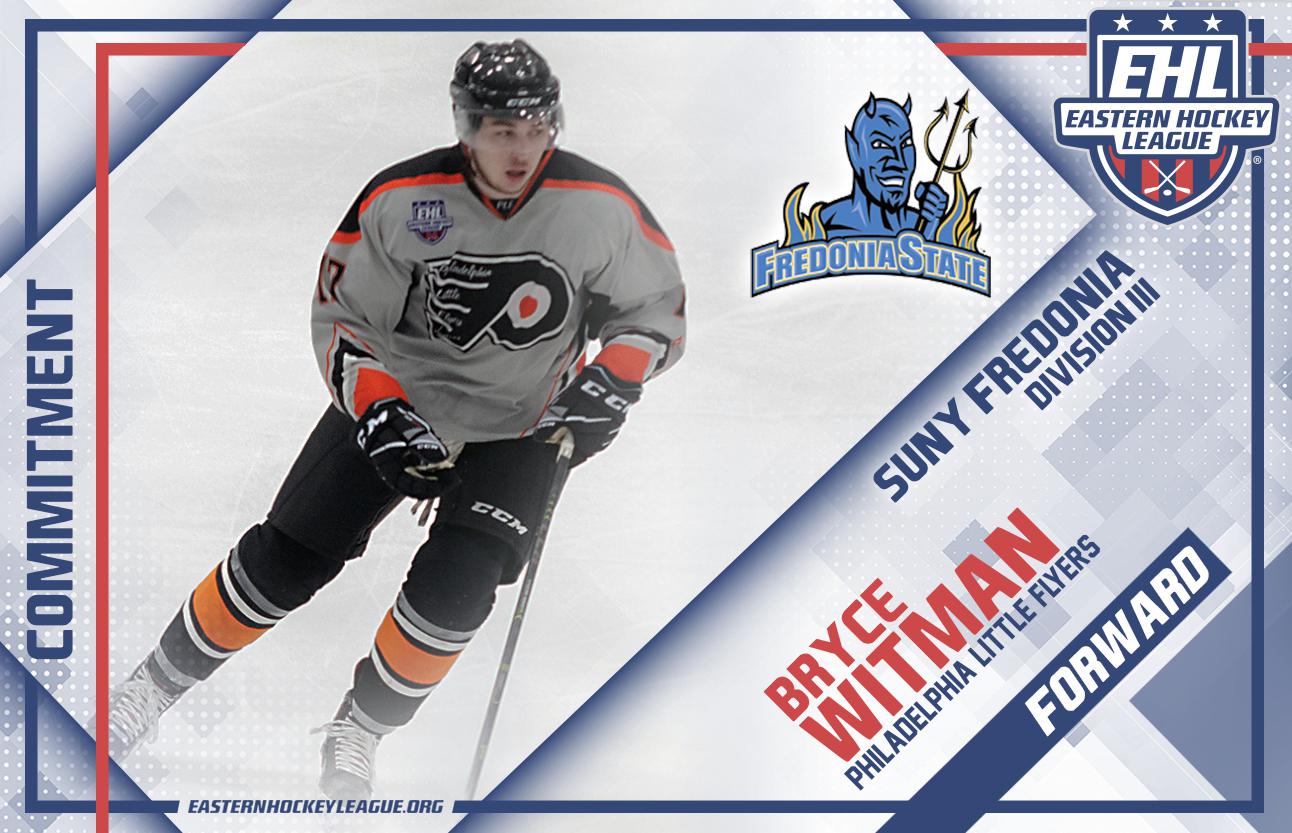