TEWKSBURY, MA -- Jake Maynard, a defenseman for the Boston Jr. Rangers, has committed to UMass Dartmouth for the fall of 2019.

The '98 native of St. John, IN just finished his first and only season with the Rangers, tallying 21 points in 46 total games on the blue line.

"We are very happy for Jake,” said Rangers head coach and general manager Rich DeCaprio, “Jake developed so much this season and he will be a solid college hockey player. He’s a vocal leader on the ice, and he competes as hard as anyone on every shift he takes. I’m very happy for him."

Maynard is one of three players from this year's Rangers team that has committed to UMass Dartmouth for this upcoming season. Maynard will enjoy the comfort of already knowing Clay Ellerbrock and John Grealish when he arrives on campus this fall.

"At the beginning of the season I didn’t have a home, but once I came to the Rangers and saw the facilities and met the boys on the team, I knew it was the place for me," said Maynard. "I struggled a little bit at the beginning of the season, but Coach DeCaprio and Coach Aucoin helped me develop my game both on and off the ice. This year was monumental for my play on the defensive side of the puck, and I had to step into a leadership role. I had always dreamed of playing hockey at the NCAA level and now that’s finally becoming a reality. I give all the credit to God and thank UMass Dartmouth for giving me the opportunity to do what I love for the next 4 years to come.”

Be sure to keep your eye on the Corsair hockey team next season, as a trio of Rangers gets set to begin their respective collegiate hockey careers. 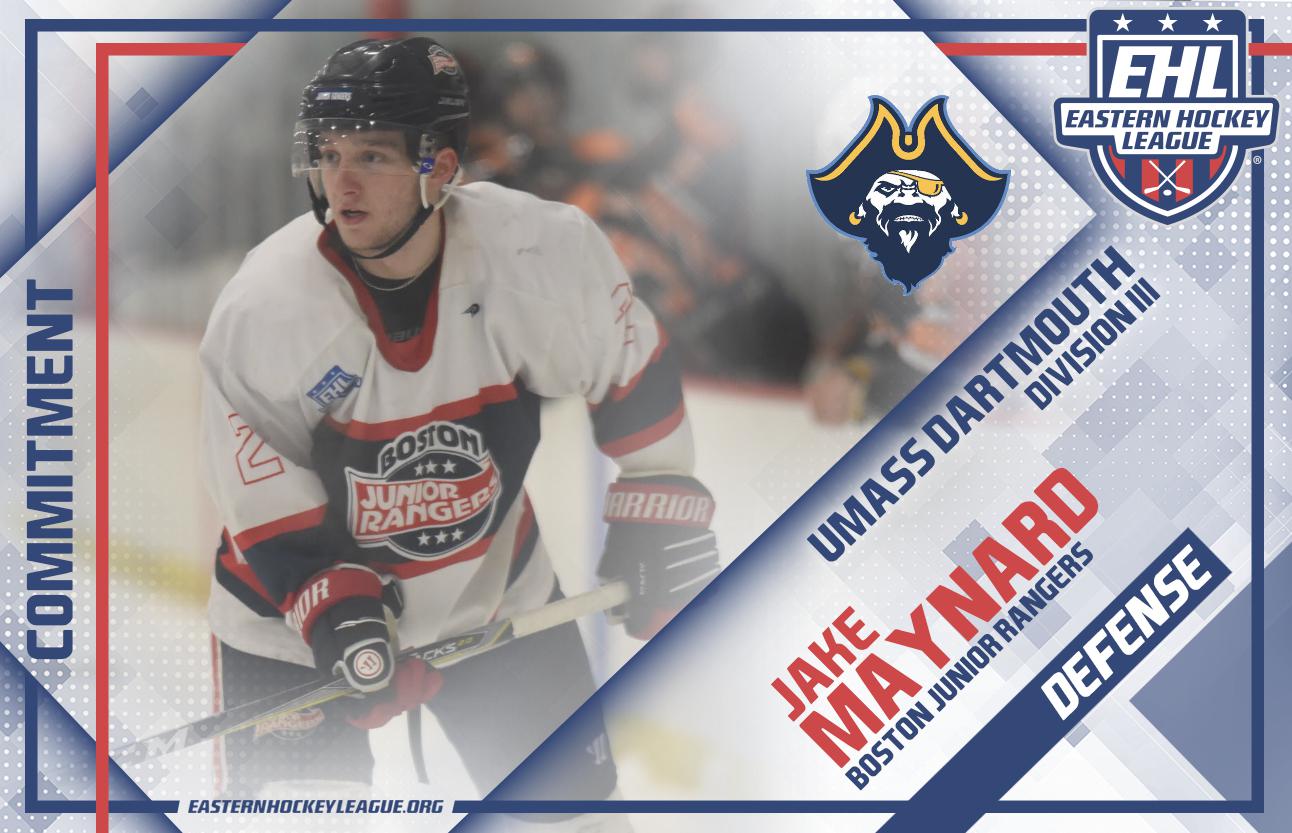