TEWKSBURY, MA -- Erik Nilsson, a defenseman for the Boston Jr. Rangers, has committed to Lake Forest College for the fall of 2019.

The '99 native of Grand Rapids, MI recently finished his first and only season with the Rangers, tallying 19 points in 44 Eastern Hockey League (EHL) games.

"We are very happy for Erik,” said Rangers head coach and general manager Rich DeCaprio, “He developed so much this season, both on and off the ice, and he will be a solid college hockey player. I’m very happy for him.”

As DeCaprio mentioned, Nilsson improved as the season progressed, and garnered the attention of a number of college hockey programs. The Swedish defenseman is excited about his decision, and very thankful for his time with the Rangers.

“I am very excited to be joining the Lake Forest community, it’s a great fit for me both on and off the ice," said Nilsson. "I want to thank the Rangers, Coach DeCaprio, and Coach Aucion for recruiting me, coaching me, and for helping me achieve my goal to play college hockey. I also want to thank my teammates and family for all their support. I look forward to contributing to an outstanding program at Lake Forest College this fall, and wish the Rangers continued success.”

While the season ended sooner than they had hoped, Nilsson and the Rangers still made a great postseason run to end the 2019 campaign. 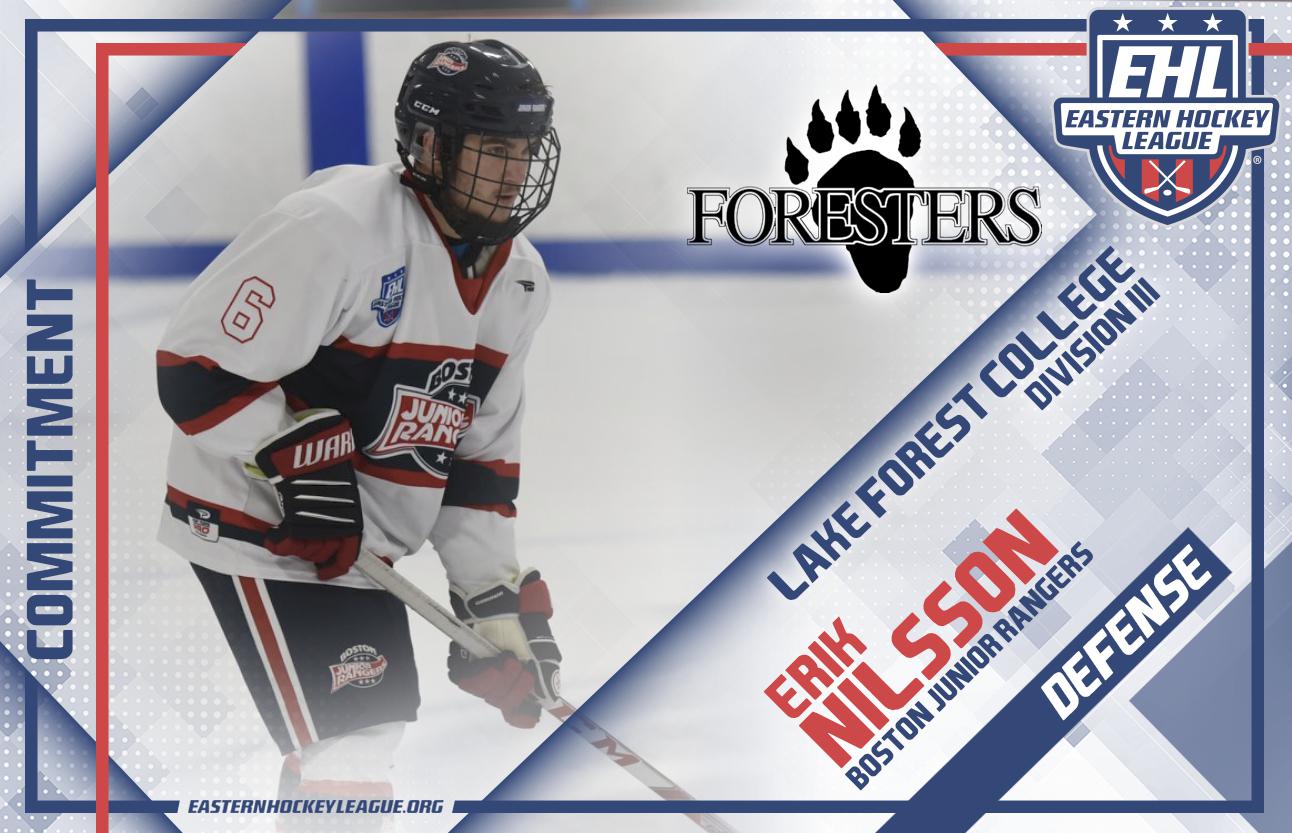