TEWKSBURY, MA -- Clay Ellerbrock, a forward for the Boston Jr. Rangers, has committed to UMass Dartmouth for the fall of 2019.

The '98 native of Tega Cay, SC recently finished his first and only season in the Eastern Hockey League (EHL), tallying 23 points in 31 total games for the Rangers.

"We are very happy for Clay,” said Rangers head coach and general manager Rich DeCaprio, “We got him late in the season from a Canadian junior league where he just wasn’t being noticed by colleges. Coming to us, he immediately generated interest from schools. His speed is undeniable, and he has a nice touch around the net. He will have a great career at UMD!”

Ellerbrock is one of four players from this year's Rangers team that has committed to UMass Dartmouth for this upcoming season. The talented forward adds his name to the list that includes John Grealish, Jake Maynard, and Tanner Opie.

"Playing in the EHL was a great experience," said Ellerbrock. "There was always a lot of exposure to colleges. There were scouts at most of our games and being at three showcases really gave me the opportunity to be seen. I am grateful for Coach Decaprio and Coach Aucoin for bringing me into their top-notch organization. I really felt at home during my time with the Rangers. I am beyond blessed and honored to call UMass Dartmouth my home for the next four years! I would like to thank my teammates, coaches, and everyone in my family especially my parents, because without them none of this would be possible.”

Be sure to keep your eye on the Corsair hockey team next season, as the set of Rangers gets ready to begin their respective collegiate hockey careers. 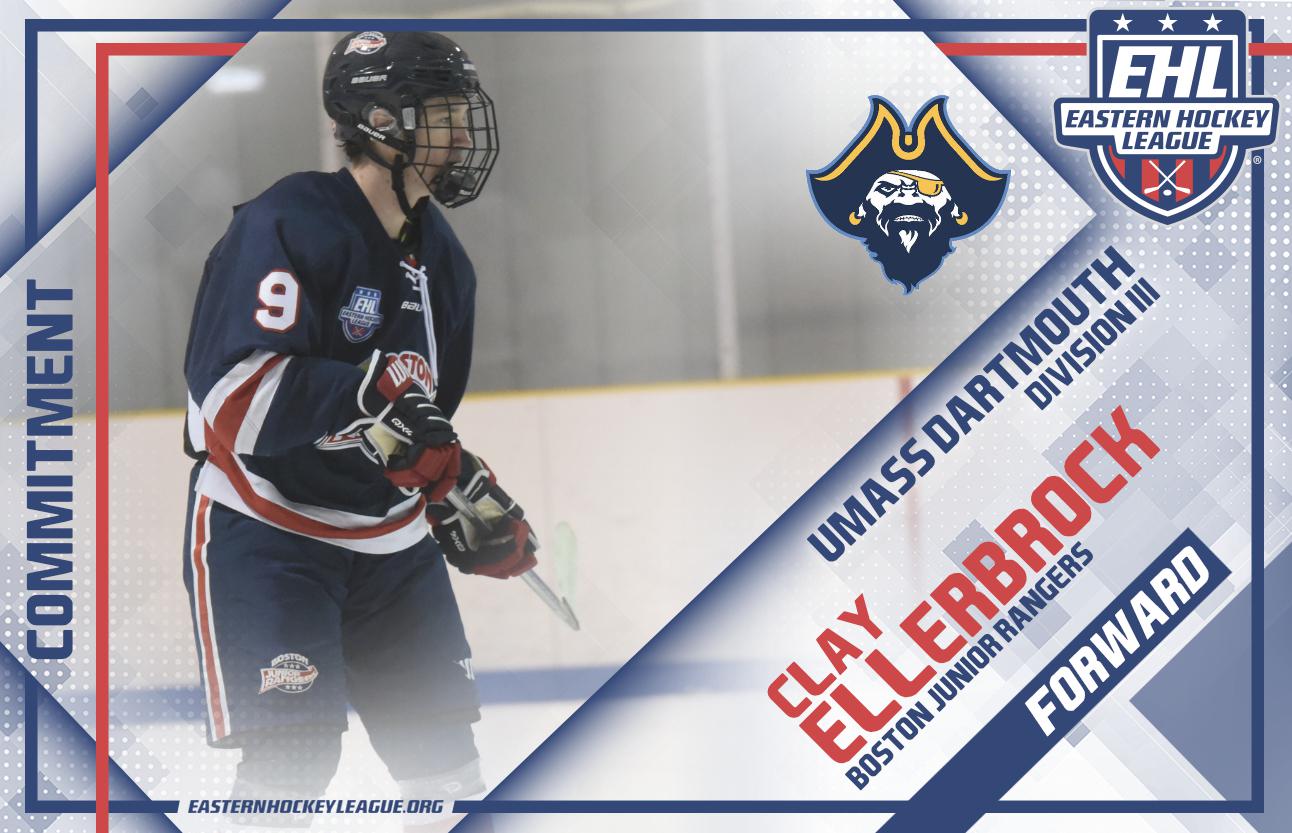