HOOKSETT, NH -- Victor Nikiforov, a forward for the New Hampshire Avalanche, has committed to SUNY Potsdam for the fall of 2020.

The '99 native of New Hauppauge, NY is in his second season with the Avalanche, and to date, Nikiforov has tallied 32 points in 35 career games in the Eastern Hockey League (EHL).

"I could not be happier for Victor on committing to Potsdam," said Avalanche head coach and general manager Chris Cerrella. "It was a great fit for him on the ice and in the classroom. The SUNYAC is a tough league and I think Victor has the work ethic and skill set to be a successful player over the next four years. Niki[forov] will be tough to replace at the end of this season, but I am excited to see what he does at the next level. All the best to Victor and his family at Potsdam."

As Cerrella mentioned, Nikiforov will be tough to replace at the end of the year, as well over half of his career points in the EHL have come this season. In 19 total games, Nikiforov has 10 goals and 11 assists, which ranks him 3rd on the team in scoring.

The crafty forward has definitely improved his game throughout his time with the Avalanche, and this development was a big reason why he was selected to this year's EHL All-Star Team. Overall, Nikiforov is grateful to have this weight off of his shoulders, and very thankful for everyone that helped him reach this goal.

"I'm excited and honored to say that I will be attending SUNY Potsdam next year, to continue my academic and athletic careers," said Nikiforov. "I'd love to thank my family and teammates for helping me get to this point. My close teammates and coaches like my father and Coach Cerella have truly helped push and motivate me on the journey to reaching the next level. I am forever grateful."

With Nikiforov's commitment, this marks the 3rd straight season that the Potsdam Bears have brought in an EHL All-Star. Last season, Ryan Lieth of the New York Applecore, made the same decision to join the Bears program. The year before, it was another Avalanche player in Michael Paglucca, committing to Potsdam. 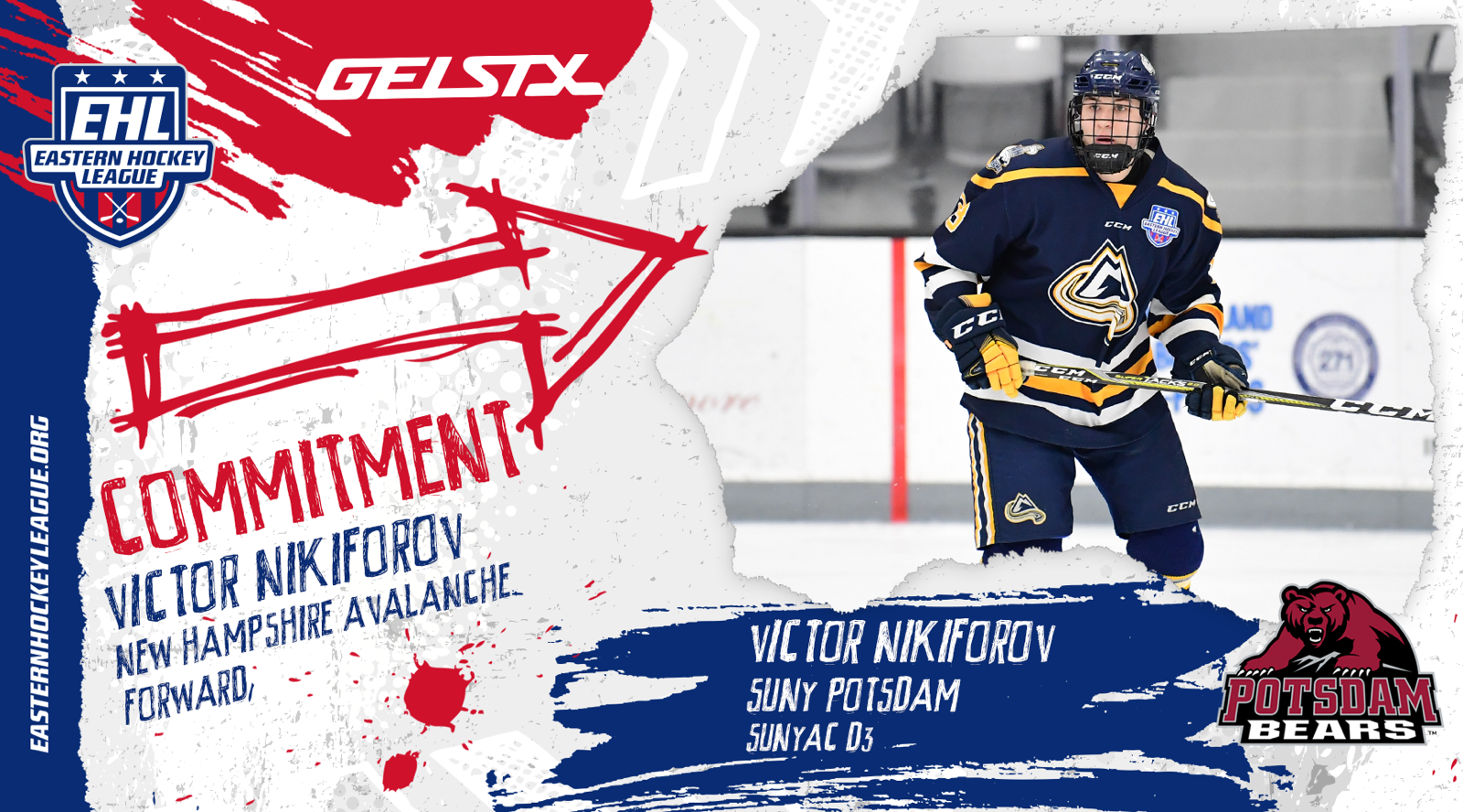