BOSTON, MA -- We can now officially turn over to the new year, with the announcement of the final Stars of the Month from 2019.

The EHL is pleased to announce that Logan DiScanio (Vermont Lumberjacks), Grey Owens (Connecticut RoughRiders), and Billy Girard (Boston Jr. Rangers) have been named the Warrior Hockey Stars of the Month.

DiScanio and the Lumberjacks were able to go 5-2-0 in the month of December, and ended the calendar year in 2nd place in the New England Conference with 45 points. The ’99, three-year EHL veteran, is on pace to become the all-time leading scorer in league history. DiScanio picked up at least one point in six of the seven games this past month, bringing his December total up to 14 points, including a game-winning goal. The game-clincher came against the East Coast Wizards on the 18th, and then he also scored the deciding tally in a shootout win over the Walpole Express on the 22nd.

As he continues to score and collect assists, the native of Troy, NY leads the league with 63 total points to his name. DiScanio only needs 11 more points to tie the mark set by Chris Peters, an alum of the Express.

Owens and the RoughRiders had a great month, going 6-1-0 in their seven games, with their only loss coming against the tough Seahawks Hockey Club. The ’99 EHL All-Star leads all RoughRiders’ defensemen in scoring, with 30 points in 29 games to date. Owens had a month full of assists in December, racking up 10 of them, including two on game-winning goals against the Wizards on the 11th and the Connecticut Chiefs on the 17th.

The Roughriders currently sit in 2nd place in the Mid-Atlantic Conference with 40 points, as they look to maintain their position and earn a First Round bye in the EHL Playoffs. Action resumes for Owens and the Roughriders on January 12th in Exeter, NH, for our final showcase of the season, as they are set to take on DiScanio and the Lumberjacks.

It is no secret that Girard and the Rangers are the hottest team in the EHL. The New England Conference powerhouse currently sits in 1st place in the division, as they are riding a 12-game winning streak, with their last loss coming against the Philadelphia Little Flyers back on November 11th.

Girard is on pace to be named the EHL Goalie of the Year in March, as he holds a current overall record of 20-4-0, which is the most wins for any goaltender in the league. Throughout the month of December, Girard was faced with a total of 198 shots, only allowing 12 goals. The Rangers are in for a tough month of January, that includes their first two games of the season against the Lumberjacks. They'll look to lean on their anchor between the pipes, as Girard has now taken home back-to-back Goaltender of the Month honors (November Stars of the Month).

The EHLP is pleased to announce that Herbert Zeibots (New England Wolves), Ryan Crane (New Jersey 87s) and Hogan Nelson (Walpole Express) have been named the Warrior Hockey Stars of the Month.

Zeibots and the Wolves went 5-1-0 in December, only dropping their first game of the month against the New Hampshire Avalanche. The native of Latvia is tied for the league-lead in scoring, as he has racked up a total of 57 points throughout his first 29 games of the season. Zeibots tallied points in all five contests he dressed in this past month, notching a total of 15 points, including two five-point contests against the Boston Jr. Rangers and Connecticut Chiefs. As the Wolves start 2020, they hope to keep their five-game winning streak alive as they resume action on January 11th against the Valley Jr. Warriors.

The 2000-born native of New Jersey tallied 13 points throughout the five games this past month, including a six-point contest against the 1st-place Philadelphia Little Flyers. The top-ranked 87’s hope to keep their hot streak going as their first two games of the calendar year are against the Little Flyers, the organization who only sits two points ahead of them in the Mid-Atlantic Conference standings.

After being named Goaltender of the Week two weeks ago, Nelson collects his second honor of the season. The '01 native of Rhode Island posted a record of 2-0-1 in the month of December, including a victory over the Railers Jr. Hockey Club on the 15th and a shutout against the Vermont Lumberjacks on the 21st.

Nelson was also able to give the Avalanche a run for their money, sending the game into overtime on the 8th, but the Express eventually fell to the 1st place team in the New England Conference. Throughout the three games, the netminder faced a total of 101 shots and was able to fend away 94 that were sent his way. The Express resume action on January 12th as they will travel to Haverhill, MA, to take on the Warriors. 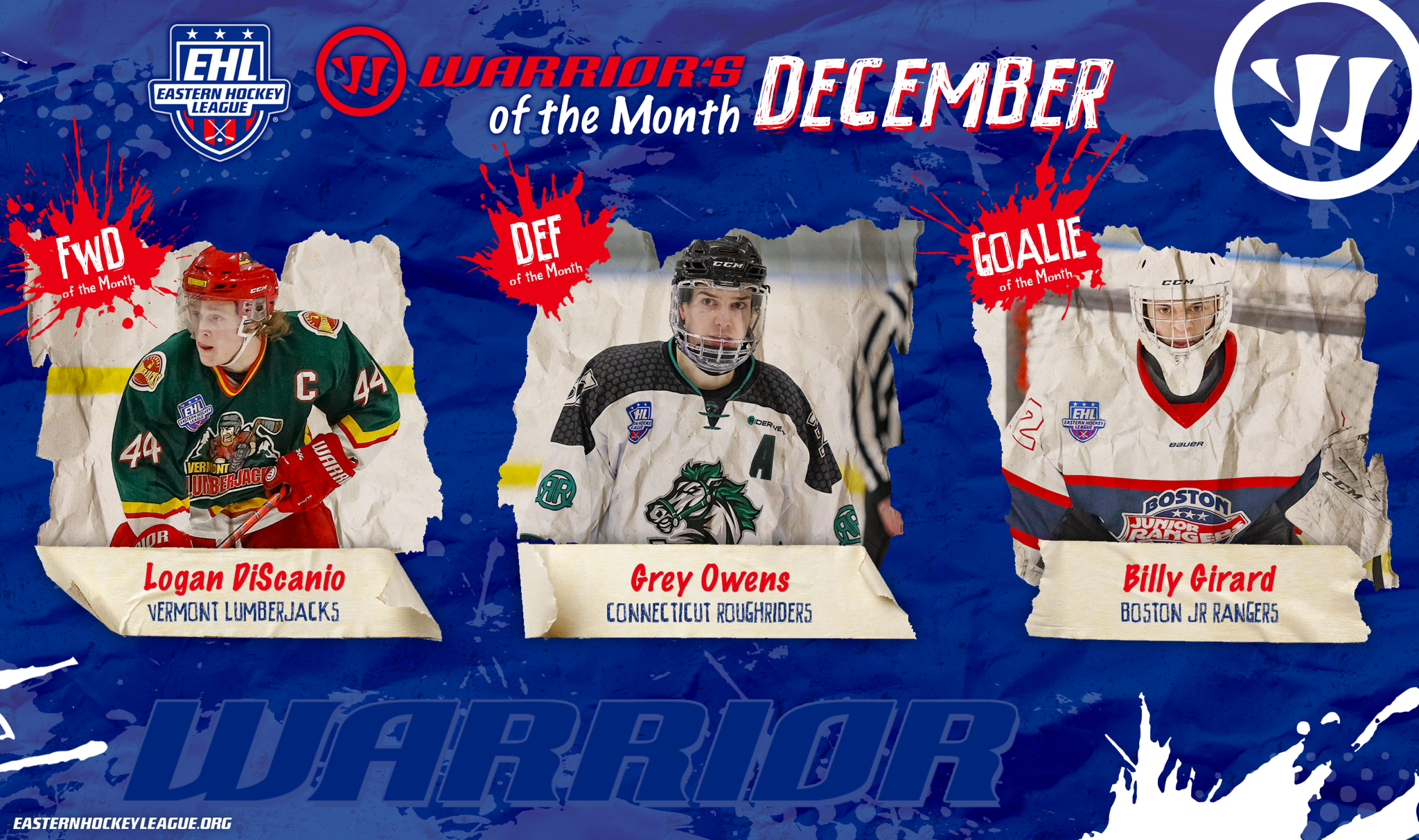 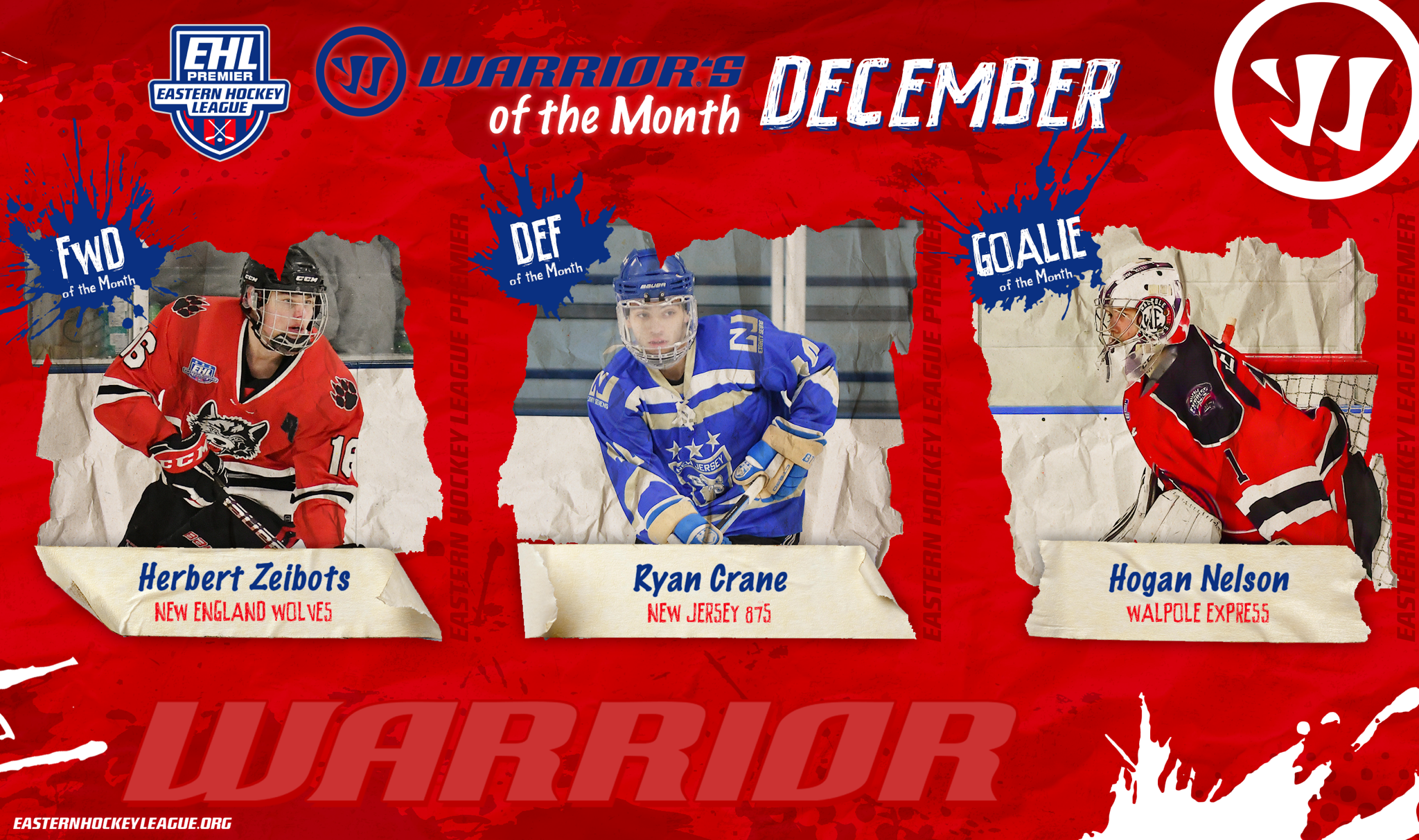