WALPOLE, MA -- Jonathan Courchesne, a forward for the  Walpole Express, has committed to Suffolk University for the fall of 2020.

The '99 native of Springfield, VT was recently acquired by the Express from the Railers Jr Hockey Club, where he began getting the attention of the Suffolk hockey program. After tallying 24 points in 38 games with the Railers, the Express sought after Courchesne to help bolster their playoff roster.

"Johnathon was a key acquisition for us at the trading deadline," said Express head coach and general manager Cody Campbell. "He has brought great speed and added an additional scoring threat to our lineup. Jonathan fit in with our group immediately and has also added additional character to our locker room. We are proud to be a part of him accomplishing his goal of playing college hockey."

After joining the Express, Courchesne played in all nine games for his new team down the stretch, scoring a pair of goals and dishing out four assists. While Courchesne is looking forward to postseason play, he's also excited to be heading to his top choice this fall.

"Suffolk checks off a lot of boxes for me," said Courchesne. "Being in the center of Boston and having the opportunity to further my education while playing the game I love is special to me. I’m thankful for the opportunity and I’m excited to get things going this fall."

Courchesne is thankful to both organizations that he's spent time with this year, and especially grateful for how smooth the transition has been since joining Walpole.

"The Walpole Express have given me a positive environment to succeed within," added Courchesne "The team has success when we work hard and I feel that’s an important trait to have when schools are there to watch. Culture is very important on the team and because of that guys truly want the best for their teammates. That has allowed me to push myself in order to reach the next level."

Courchesne and the Express are set to take on the Seacoast Spartans on Wednesday, in the Play-In Round of the EHL Playoffs. If they can advance past their New England Conference opponent, they will earn a First Round matchup with the Seahawks Hockey Club. 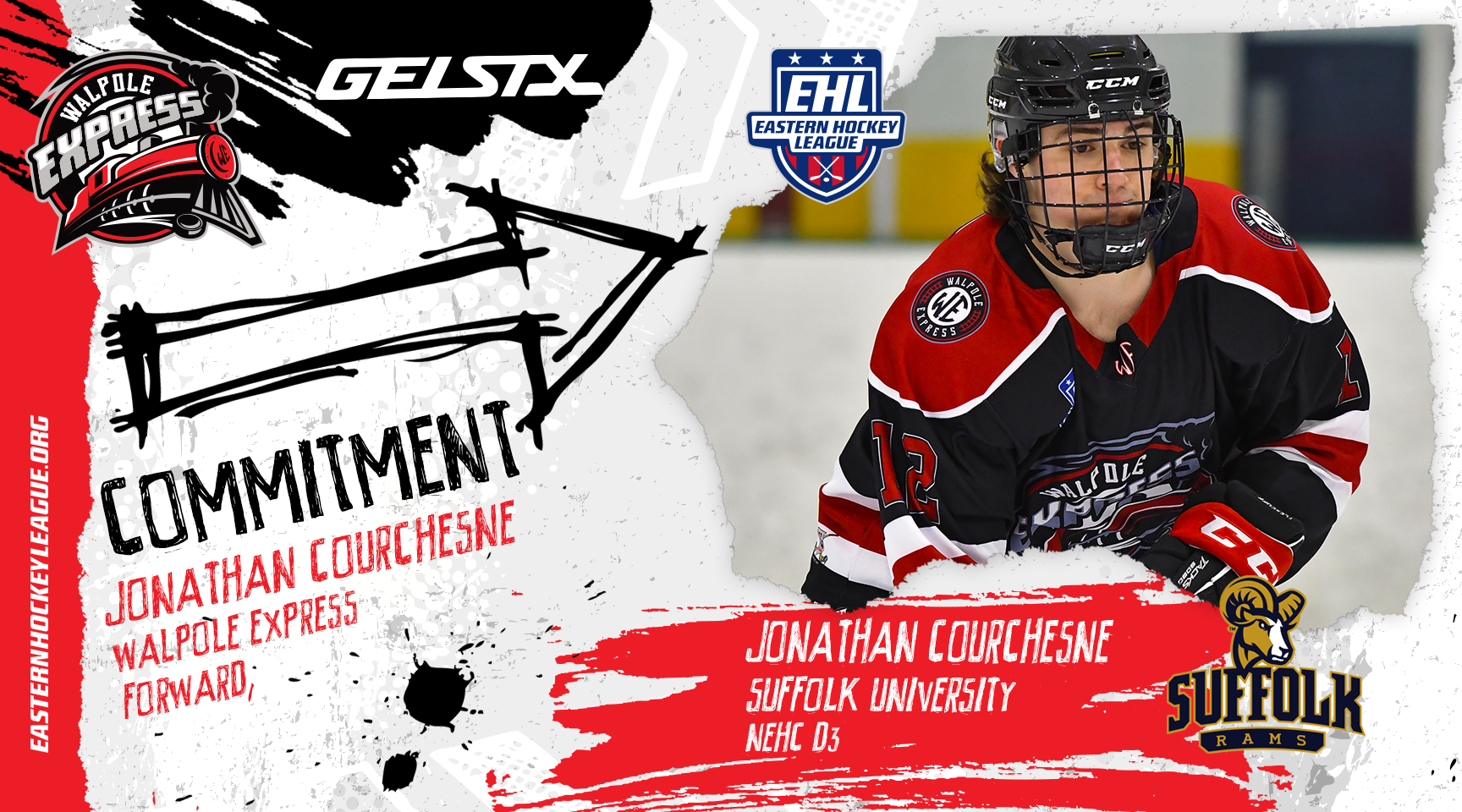