WEST CHESTER, PA -- Michael Chris, a forward for the Philadelphia Jr. Flyers, has committed to Manhattanville College for the fall of 2020.

The '99 native of North Caldwell, NJ recently finished his first and only season with the Jr. Flyers in the Eastern Hockey League (EHL). Chris notched a pair of goals and a pair of assists throughout the season, while helping the Jr. Flyers pull a First Round upset over the Connecticut RoughRiders, to reach the Second Round of the EHL Playoffs.

"Mike came to us this year from another program and he improved immensely during the season," said Jr. Flyers head coach and general manager Jerry Domish. "His hard work, and dedication to learning, helped him become a much better player and that same passion will make him a great addition to Manhattanville next season. I'm very proud of Chris and I wish him the best in the future."

Chris is 7th commit of the season for the Jr. Flyers, and 15th player in league history to choose the Valiants hockey program. Overall, at least one player from the EHL has advanced to Manhattanville per season since the league was formed in 2013. Chris is excited to have this weight off of his shoulders, and can't wait to get started this fall.

With the Jr. Flyers relocating to Somerset, NJ this fall, Chris brings the program's final total to 43 NCAA Commitments since 2013. The 2016-17 EHL Champions improved over the years in the EHL, and this is ever-apparent with over 72% of the team's commitments coming in the past four seasons alone. 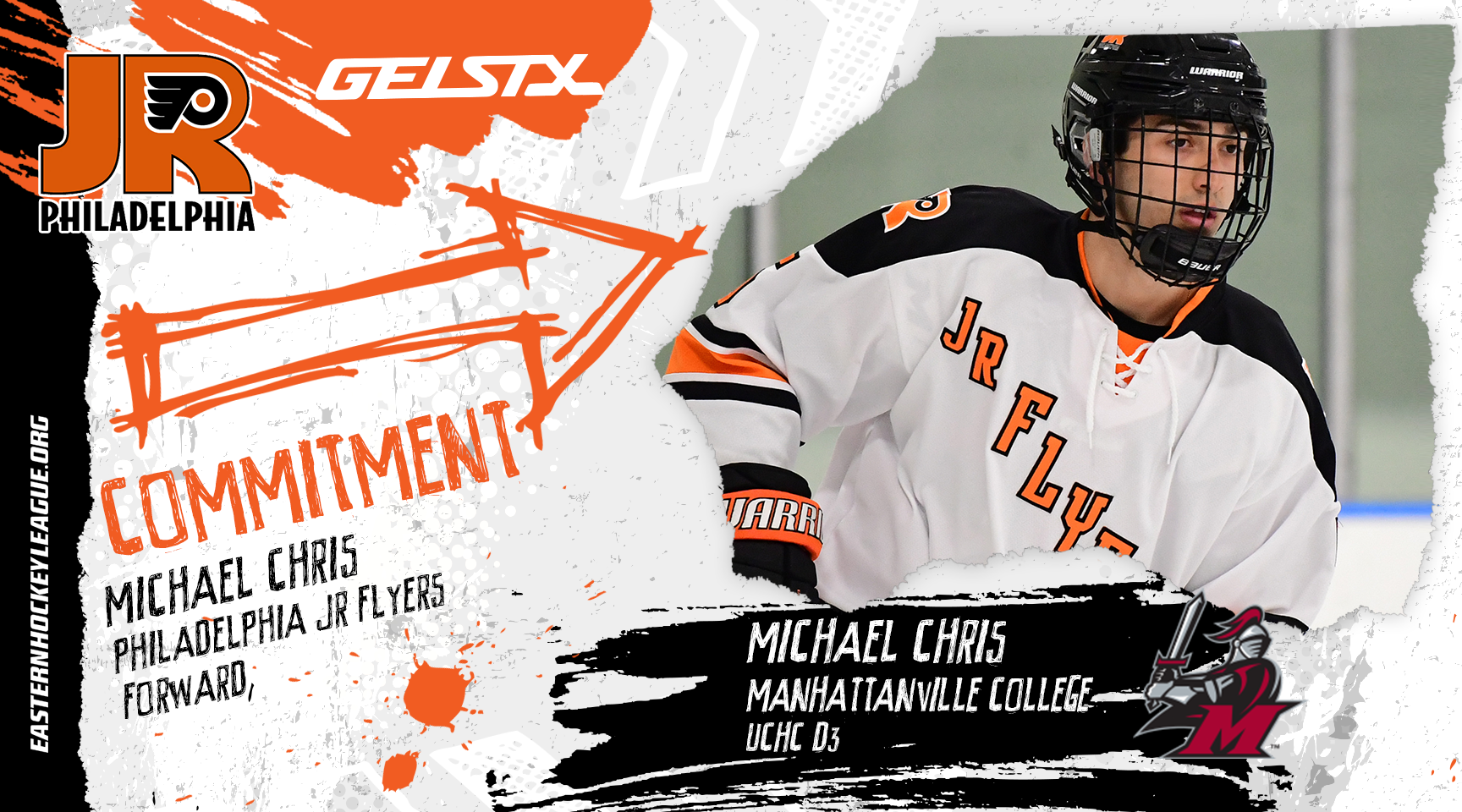