WALL TOWNSHIP, NJ -- Jacob Crespo, a defenseman for the New Jersey 87's, has committed to Curry College for the fall of 2021.

The 2000-born native of Eastampton, NJ joined the 87's in late January, and in 16 total games in the Eastern Hockey League (EHL), Crespo put up 11 points on the back end for New Jersey.

"Jacob is a phenomenal person, on and off ice, who remained focused and committed to being a better hockey player when he came to us," said 87's head coach and general manager Adam Houli. "He is a type of player who leaves everything on the ice and that is going to translate well next year at Curry."

Crespo's arrival in New Jersey was actually a return to the EHL when you look back on his junior hockey career. The veteran defenseman kicked off his junior career with the Walpole Express, at the Eastern Hockey League Premier (EHLP) level back in 2017-18. The following season, he moved up to play for the Express at the EHL level, and then kept climbing to play over 50 games for the Maine Nordiques in the North American Hockey League (NAHL). Ultimately the return back to the EHL helped Crespo land his collegiate spot with the Colonels.

"It feels great, I couldn't be happier to commit to a place I want to go to. It's in Boston, one of my favorite cities, so I'm really excited to get back there," said Crespo.

Crespo went on to talk about returning to his home state of New Jersey and finishing off his junior hockey career while helping to lead the 87's to their first-ever trip to the EHL Frozen Finals.

"It was definitely nice to be back at home and be able to rip it up down here with the 87's and finish it the way it started," added Crespo. 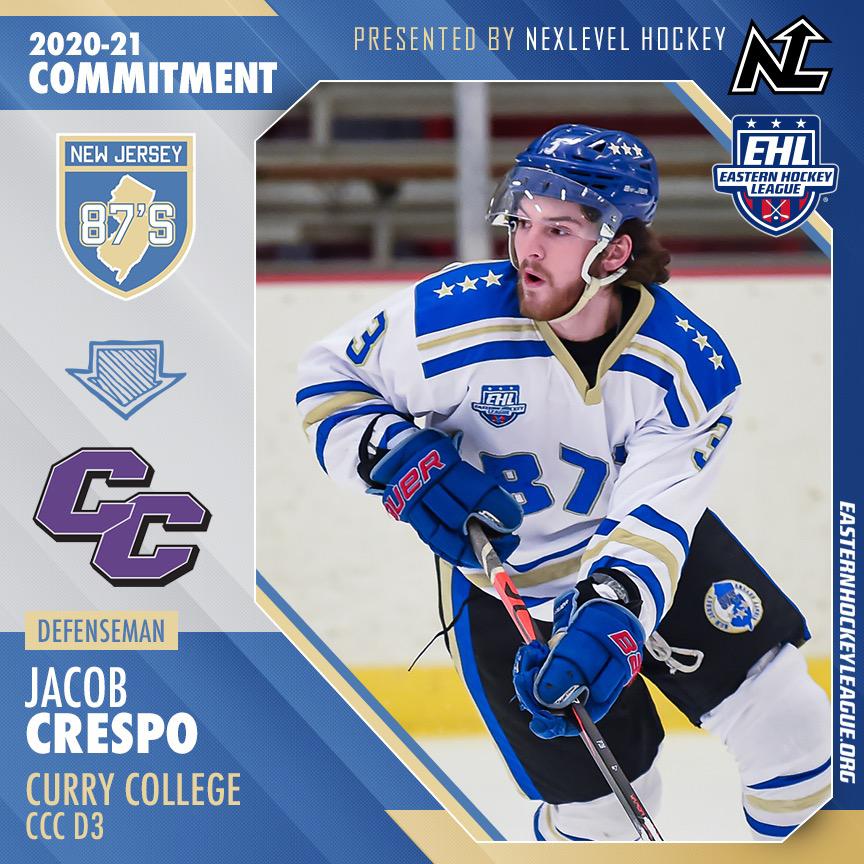